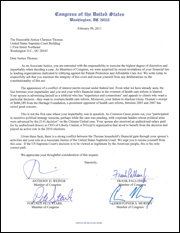 Rep. Anthony Weiner and 73 other House Democrats sent a letter to Supreme Court Justice Clarence Thomas Wednesday, urging him to recuse himself from cases involving the health care overhaul. 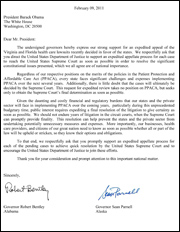 On Wednesday, 28 GOP governors sent a letter to President Obama asking him to foster faster review of the health care overhaul lawsuits so the Supreme Court can rule on their constitutionality “as soon as possible.” 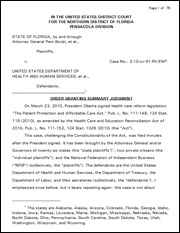 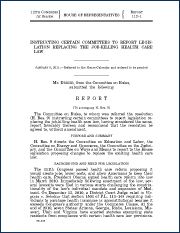 The Rules Committee report on H.R. 9 that would direct House committees to come up with legislation to replace the Democrats’ health law. 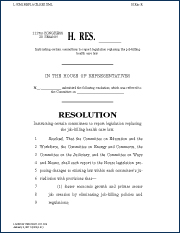 The GOP has legislation that would direct House committees to come up with legislation to replace the Democrats’ health law. 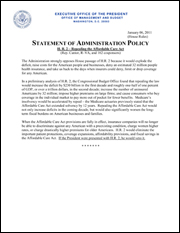 The Obama Administration issued a letter Thursday saying that the White House opposes repeal of the health overhaul and that Obama would veto it if it reaches his desk. 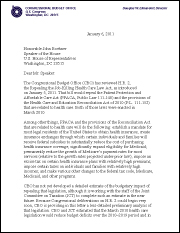 The Congressional Budget Office says that repealing the Democrats’ health law will add to budget deficits over the long-term and to the tune of $145 billion through 2019. 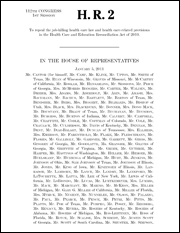 “A BILL To repeal the job-killing health care law and health care-related provisions in the Health Care and Education Reconciliation Act of 2010.” 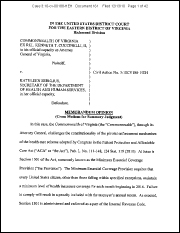 U.S. District Court Judge Henry Hudson in Virginia in December struck down a key part of the nation’s new health law, saying that the mandate on most Americans to buy health coverage is unconstitutional. 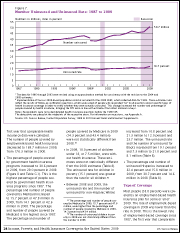 The Census Bureau released in September its annual report – Income, Poverty, and Health Insurance Coverage in the United States: 2009 – marking the first time since 1987 that the number of people in the U.S. with health insurance decreased. 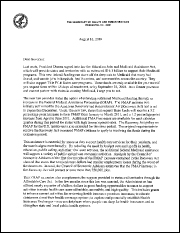 Health and Human Services Secretary Kathleen Sebelius sent a letter in August to all of America’s governors telling them that if they want to continue receiving the enhanced Medicaid funds that Congress approved last week that they have to ask for the money. 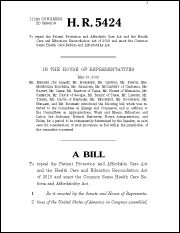 “A BILL To repeal the Patient Protection and Affordable Care Act and the Health Care and Education Reconciliation Act of 2010 and enact the Common Sense Health Care Reform and Affordability Act.” 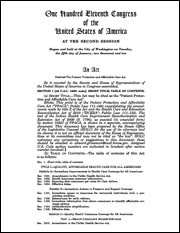 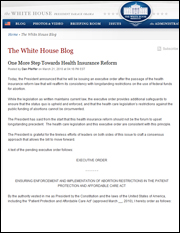 The President’s Executive Order On Abortion Funding And The Health Bill, 3/21/2010

President Obama relesed an executive order clarifying that no federal dollars are to be used for abortion services. 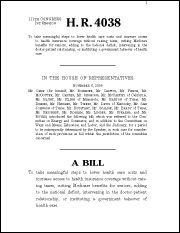 “Requires each state to mitigate the cost of high risk individuals in the state through: (1) a state reinsurance program; or (2) a state high risk pool.”