Doctors say the decrease indicates that the law is creating a burden on women that they are unable to overcome. Meanwhile, an abortion rights group is asking the Oklahoma Supreme Court to overturn a similar law in that state, and Planned Parenthood goes on offensive for the first time all year in Florida.

Dallas Morning News: Abortion Down 14 Percent In Texas Since New Restrictions Closed Clinics
Texas women had nearly 9,000 fewer abortions in the first full year since new restrictions forced more than half of the state's abortion clinics to close. Provisional data recently released by the Department of State Health Services show a 14 percent reduction in the number of abortions performed in 2014 compared with the year before. Nationally, abortion rates have steadily decreased in recent years, but the drop in Texas is dramatic. The Associated Press found that abortions decreased by about 12 percent nationwide from 2010 to 2013-14. Texas abortions decreased by 30 percent in that five-year span. (Martin, 3/17)

The Texas Tribune: State Officials Note Significant Drop In Texas Abortions
The number of abortions performed in Texas dropped significantly in 2014, with almost 9,000 fewer procedures in the state compared to the year before. Early estimates by state health officials show 54,191 abortions were performed in Texas in 2014 — down from 63,168 in 2013. The state estimates do not include abortions Texas women obtained at facilities outside the state. In 2013, 681 Texas women obtained abortions out-of-state. (Ura, 3/17)

The Associated Press: Abortions Rights Groups Challenges Oklahoma Anti-Abortion Law
An abortion rights group asked the Oklahoma Supreme Court on Thursday to overturn a 2014 law that it says was designed to shut down abortion clinics in the state. The law, which hasn't taken effect because of a temporary injunction, would only allow abortions to be performed if a physician with local hospital admitting privileges is present. (Talley, 3/17)

Politico: Planned Parenthood Goes Up With Ads Against Florida Abortion Bill
Planned Parenthood is going up Friday with new television and digital ads pushing Florida Gov. Rick Scott to veto a sweeping anti-abortion bill. The ad campaign is Planned Parenthood’s first major pushback this year against state efforts to defund or undermine the organization — a legislative trend since sting videos targeting the group were released last summer. The Florida bill would increase regulations on abortion clinics and prohibit public funding for organizations such as Planned Parenthood that work with abortion clinics. It would also require abortion providers to have admitting privileges at a nearby hospital and perform the procedure in surgical centers — provisions similar to Texas restrictions that are now before the Supreme Court. (Haberkorn, 3/18)

On Vacci-Dating: Singles Seem Enamored of Sharing Vaccination Status Online. Is That Wise?

Push Is On for States to Ban Organ Transplant Discrimination 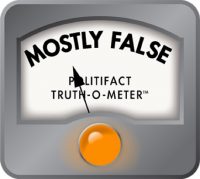