Analysis: Medicare Spent Billions More On Generic Drugs For Beneficiaries Than Costco Did On The Same Drugs

Read about the biggest pharmaceutical developments and pricing stories from the past week in KHN's Prescription Drug Watch roundup.

CNN: Costco Approach Could Have Saved Medicare $2.6 Billion In Drug Spending, Analysis Shows
Medicare spent billions more money on generic drugs for its beneficiaries than warehouse chain Costco did for the same drugs, according to an analysis published Tuesday. This overspending hit $2.6 billion in 2018, Erin Trish, associate director of the University of Southern California's Schaeffer Center for Health Policy and Economics, and colleagues wrote in a letter to the Journal of the American Medical Association's JAMA internal Medicine. (Fox and Luhby, 7/6)

Axios: Drug-Pricing Ad Campaigns Target Moderate Democrats And Pharma Allies
One Democratic defector in the Senate could sink the party's effort to lower prescription drug prices, and a series of new ad campaigns are giving strong hints about who advocates are most worried about. Driving the news: Two organizations advocating for Medicare to have the authority to negotiate drug prices announced new ad campaigns yesterday. (Owens, 7/2)

The Washington Post: How Prescription Discount Programs Can Help You Save Money
Erin Bonin, 40, was going through the already stressful process of in vitro fertilization when she learned that one of the medications she needed wasn’t covered by her health insurance. Her South Bend, Ind., pharmacy was charging $733.99 for a one-month supply of the medication, and she needed to take it for three months. A nurse suggested she check GoodRx, a prescription discount and cost-comparison app, for a better price. She scored a deal there. “Using GoodRx at a pharmacy about 20 minutes from my home would get me the same drug for $30.10,” Bonin says. “I was shocked, but it proves you can find a deal if you are willing to do a little research.” (Daily, 6/29)

MarketWatch: Rising Drug Prices Continue To Hit Seniors
Temperatures aren’t the only thing rising as we head into the dog days of summer. Drug prices are too, and they come just six months after most pharmaceutical manufacturers rang in 2021 with a prior round of price hikes. Here we are just a few days into July and price hikes averaging 3.6% have already been announced for 32 brand drugs, says GoodRX, a medical and healthcare services provider. For all of 2020, says the firm’s director of research Tori Marsh, prices were hiked for 67 drugs. “Every year, it seems like more drugs increase in [July],” says Marsh. (Brandus, 7/6) 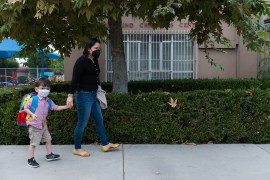