Perspectives: Drug Costs Have Stymied US Economy’s Recovery From Covid

New Jersey Globe: Make Lowering Prescription Drug Costs A Priority
One of the most pressing flaws in our healthcare system today is the outrageously high costs that pharmaceutical firms charge for prescription medications. Here in New Jersey, the burden of prescription drug prices is particularly heavy, and many people simply can’t afford the medications they need. In 2019 alone, more than 104 million prescriptions were filled in New Jersey at a cost of nearly $11.5 billion dollars. In recent years, prescription drug costs jumped 58%, price hikes that have resulted in New Jerseyans incurring the fifth-highest healthcare bills per capita in the country. Forty-nine percent of people in the Garden State reported worrying about how to afford the cost of their drugs, and one-fifth of New Jerseyeans were forced to ration or completely stop taking much-needed prescriptions due to exorbitant costs in 2020. (Democratic Rep. Carol Murphy, 7/29)

Pittsburgh Post-Gazette: Congress Should Lower Drug Costs, But Look Beyond Numbers
In Congress, policy negotiations often center on a couple questions: how much does the bill cost and how much does the bill save? But the intense focus on these matter-of-fact numbers can have the effect of distancing congressional members from the real-world impact policies will have on Americans. Congressional caucuses, like the Rare Disease Congressional Caucus which Joe co-founded in 2009, provide members opportunities to hear from people who confront life-altering decisions on a daily basis. Hearing directly from people affected by rare diseases changes the way members consider legislation. It also allows members to lower their political hackles for a moment and get to know each other on a human level. (Bill Shuster and Joe Crowley, 8/1)

The Reporter: There Is No Better Time Than Now For Prescription Drug Reform
If you’ve had trouble paying for prescription medicine for yourself or family members -- regardless if you are insured or not -- you aren’t alone. Americans pay three times more for medications than people in other countries. As the cost of lifesaving medications like insulin skyrocket, Pennsylvanians face impossible tradeoffs, like deciding whether to pay rent or to purchase the medications that keep them alive. As a doctor, I see examples of this almost every day.One of my patients was a diabetic man in his mid-thirties who relied on insulin to stay alive -- it was literally a life-saving drug for him. When the prescription cost of insulin rose, he was no longer able to afford his insulin due to being uninsured and being unable to pay the out of pocket price. As with so many other patients I’ve seen, he began to ration his medication to disastrous effects. This young man in the prime of his life developed diabetic ketoacidosis which led to kidney failure and a reliance on dialysis, completely altering the course of his life. (Meaghan Reid, 7/28)

Forbes: It’s Time For A Prescription Drug Pricing Revolution
The only consistent aspect of drug pricing in the United States is that the breadth of its variations and fluctuations are inexplicable to the consumer. We recently analyzed internal data on three common insulin drugs to see how prices differed and fluctuated among regional areas. Our data suggests that Humalog is the most prescribed and the lowest price option among the three. (Kumar Srinivas, 7/28) 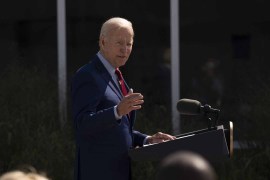