The annual March of Dimes report finds that 9.8 percent of babies were born preterm in 2016, up from 9.6 percent the year before -- and minorities suffer a disproportionate share of those births. News outlets look at the impact nationally, as well as in states like Ohio and Virginia.

Stat: Preterm Births In The U.S. Rise Again, Signaling Worrisome Trend
The preterm birth rate in the U.S. has increased for the second consecutive year, according to a new report, and minorities are suffering a disproportionate share of those births. The increases, which follow nearly a decade of declines, raise concerns that gains made in women’s health care are now slipping, experts say. The annual report on preterm births by the March of Dimes, released Wednesday, found that 9.8 percent of U.S. infants were born preterm in 2016, up from 9.6 percent in 2015. And rates found in some parts of the U.S. are on par with those found in undeveloped countries in Africa and the Middle East. (Ross, 11/1)

Columbus Dispatch: Columbus Gets D Grade For Preterm Births In March Of Dimes Report
Columbus received a D grade on this year’s March of Dimes Premature Birth Report Card, barely avoiding a failing mark and ranking 15th from the bottom among 100 cities with the largest number of births. The report, issued Wednesday, based its grade on Columbus’ 11.4 percent preterm birth rate in 2015, compared with the March of Dimes’ goal of 8.1 percent nationwide by 2020. (Viviano, 10/31)

cleveland.com: Cleveland's Premature Birth Rate Worst In Nation, March Of Dimes Report Says
Cleveland's premature birth rate is the worst among 100 U.S. cities with the highest number of births, according to a new report from the March of Dimes released today. The city's rate of 14.9 percent is more than two and a half times that of the best ranked city, Irvine, California, at 5.8 percent. (Zeltner, 11/1)

Richmond Times-Dispatch: Virginia's Rate Of Premature Births On The Rise
The rate of babies born prematurely in Virginia has reached its highest point in seven years, but researchers say the reason remains a mystery. According to the March of Dimes’ annual premature-birth report card, Virginia’s 2016 rate was 9.6 percent, nearly half a percentage point higher than the previous year. (O'Connor, 11/1) 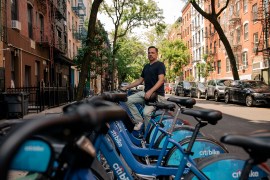