Romaine Lettuce Not Safe Because Of E. Coli Concerns, CDC Warns Just As Americans Are Preparing For Major Eating Holiday

FDA Commissioner Scott Gottlieb suggested the agency was taking quick action to try to prevent more illnesses, particularly before the Thanksgiving holiday. The E. coli outbreak comes on top of a widespread salmonella outbreak in turkeys, so people should be careful when preparing food for any celebrations.

The Associated Press: Romaine Lettuce Is Not Safe To Eat, CDC Warns
Health officials in the US and Canada told people on Tuesday to stop eating romaine lettuce because of a new E. coli outbreak. The US Food and Drug Administration said it is working with officials in Canada on the outbreak, which has sickened 32 people in 11 states and 18 people in the Canadian provinces of Ontario and Quebec. The strain identified is different than the one linked to romaine earlier this year but appears similar to last year’s outbreak linked to leafy greens. (Choi, 11/20)

The Washington Post: Romaine Lettuce Is Not Safe To Eat, CDC Warns U.S. Consumers
The CDC told consumers to throw away any romaine lettuce they may already have purchased. Restaurants should not serve it, stores should not sell it, and people should not buy it, no matter where or when the lettuce was grown. It doesn’t matter if it is chopped, whole head or part of a mix.The unusually broad warning, issued just two days before Americans sit down for their Thanksgiving dinners, reflects the uncertainties about the origin and extent of the bacterial contamination. The CDC is not claiming that all romaine contains the dangerous bacteria — something the millions of people who have eaten the popular lettuce recently should bear in mind — but investigators don’t know precisely where, when or how the contamination happened. (Achenbach and Sun, 11/20)

The New York Times: Do Not Eat Romaine Lettuce, Health Officials Warn
“If you do not know if the lettuce is romaine or whether a salad mix contains romaine, do not eat it and throw it away,” the C.D.C. statement said. “Wash and sanitize drawers or shelves in refrigerators where romaine was stored.” Officials said such measures were necessary while they track down the source of the contamination, and at the moment all they could say was that investigators believe the tainted lettuce was grown or processed in Canada or the United States. (Jacobs, 11/20)

Politico: CDC Tells Consumers To Not Eat Romaine Lettuce
FDA Commissioner Scott Gottlieb suggested the agency was taking quick action to try to prevent more illnesses, particularly before the Thanksgiving holiday. "We want to get this information out to consumers early," he said. (Bottemiller Evich, 11/20)

The Wall Street Journal: Regulators Urge Consumers To Avoid Romaine Lettuce As They Probe E. Coli Outbreak
The U.S. outbreak last spring was linked to romaine lettuce from the Yuma, Ariz. growing region, which supplies most lettuce in the U.S. during winter months. Federal investigators weren’t able to determine exactly how romaine lettuce in the desert region became contaminated, though the FDA has said water from an irrigation canal is the most likely culprit. The FDA earlier this month said it would boost surveillance of the salad green. The agency plans to collect and analyze samples of romaine lettuce for pathogen contamination through a “new special surveillance sampling assignment” to determine whether products are safe to eat, according to an earlier statement from Mr. Gottlieb. (Newman, 11/20)

Los Angeles Times: Don't Eat Romaine Lettuce, CDC Warns Amid Another E. Coli Outbreak
The agency recently was granted power to force a recall, under the Food Safety Modernization Act — previously, it had to rely on voluntary measures, said Michael Droke, a partner with Dorsey & Whitney law firm who has represented the produce industry. “Food and ingredient companies should prepare in advance for the need to recall their products to minimize the risk of a mandatory order,” Droke said. (Mohan, 11/20)

The Hill: CDC Warns Against Eating Romaine Lettuce Amid E. Coli Outbreak
The Centers for Disease Control and Prevention (CDC) is warning people across the U.S. not to eat romaine lettuce, citing an outbreak of E. coli. The CDC said the broad warning is in place until it can gather more information. “CDC is advising that U.S. consumers not eat any romaine lettuce, and retailers and restaurants not serve or sell any, until we learn more about the outbreak,” the agency said Tuesday. “This investigation is ongoing and the advice will be updated as more information is available.” (Sullivan, 11/20) 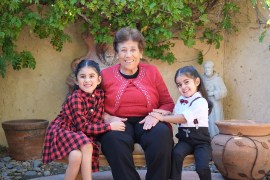 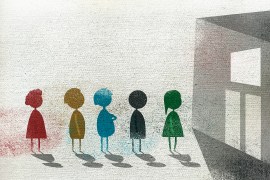 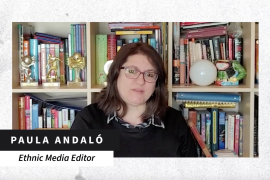 Behind the Byline: The Quest to Bring Spanish Language to KHN