Starting next year, the Affordable Care Act will largely prohibit insurers who sell individual and small-group health policies from charging women higher premiums than men for the same coverage. 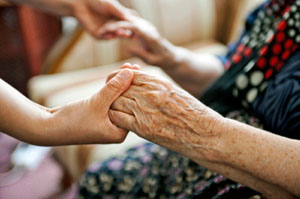 Long-term-care insurance, however, isn’t bound by that law, and the country’s largest provider of such coverage has announced it will begin setting its prices based on sex this spring.

Genworth Financial says the new pricing reflects the fact that women receive two of every three claims dollars. The change will affect only women who buy new individual policies, or about 10 percent of all purchasers, according to the company. The new rates won’t be applied to existing policyholders or those who apply as a couple with their husbands.

“This change is being made now to reflect our actual claims experience and help stabilize pricing,” Genworth Financial spokeman Thomas Topinka said in an e-mail.

Women’s premiums may increase by 20 to 40 percent under the new pricing policy, said Jesse Slome, executive director of the American Association for Long-Term Care Insurance. The average annual premium for a 55-year-old who qualified for preferred health discounts and bought between $165,000 and $200,000 of coverage was $1,720 last year, according to the association.

Long-term-care insurance provides protection for people who need help with basic daily tasks such as bathing and dressing. It typically pays a set amount for a certain number of years — say, $150 daily for three years — for care provided in a nursing home, assisted living facility or at home. Never a very popular product with consumers, many of whom found it unaffordable, in recent years the industry has struggled and many carriers have raised premiums by double digits or left the market.

Because women typically live longer than men, they frequently act as caregivers when their husbands need long-term care, advocates say, thus reducing the need for nursing help that insurance might otherwise pay for. Once a woman needs care, however, there may be no one left to provide it.

“Women live longer alone than men,” Burns said. “If you don’t have a live-in caregiver when you start needing this kind of care, you’re in big trouble.”

LuMarie Polivka-West knows the potential problems all too well. Polivka-West, 64, is the senior director of policy and program development for the Florida Health Care Association, a trade organization for nursing homes and assisted living facilities. (I first spoke with Polivka-West two years ago, when she discussed the financial challenges she and her two brothers faced caring for their aging parents.)

About 15 years ago, she bought a long-term-care policy. The company went out of business after five years, and she let her policy lapse rather than switch to another plan with higher premiums and less comprehensive coverage. But she’s reconsidering that decision. Polivka-West’s husband is four years older than she is. Her mother died of Alzheimer’s disease at age 89 after struggling with it for eight years. What if a similar fate awaits her?

Polivka-West thinks insurers shouldn’t be allowed to charge her more just because she’s a woman.

“The Affordable Care Act recognized the gender bias in health insurance,” she said. “The same [rules] should apply to long-term-care insurance.”

The federal health overhaul sought to eliminate the coverage and price discrepancies in the larger health insurance market. A 2012 study by the National Women’s Law Center found that 92 percent of top-selling health plans in the individual market practiced sex-based pricing in states where the practice was allowed. (Fourteen states banned or limited the practice, according to the report.) Nearly a third of plans charged women at least 30 percent more than men for the same coverage, even plans that did not include maternity benefits, the study found.

Insurers that sell individual and small-group health policies on the state-based health insurance exchanges or outside them on the private market in 2014 will be able to vary premiums based only on geography, family size, age and tobacco use. (Plans that have grandfathered status under the law are exempt from these requirements.)

Under federal laws against sex discrimination in the workplace, employers are generally prohibited from charging women more than men for the same health insurance coverage.

Meanwhile, Genworth Financial says it won’t switch to gender-based pricing for long-term care in two states—Colorado and Montana–that prohibit varying premiums based on gender in all health insurance products.

As states move to bring their laws into conformance with the gender rating requirements under the Affordable Care Act, some advocates see an opportunity.

“Any state with a strong advocacy group could be advocating for a very broad-based prohibition against gender rating” in all insurance products, says Donna Wagner, the associate dean for academic affairs at the College of Health and Social Services at New Mexico State University who also chairs the policy committee for the Older Women’s League, an advocacy group.