No one looks forward to screening tests for colon and rectal cancers. But under the Affordable Care Act, patients are at least supposed to save on out of-pocket costs for them. Coverage is not always clear, however, and despite the federal government’s clarifications, some consumers remain vexed and confused. 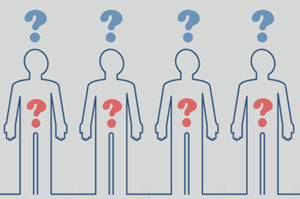 Under the law, most health plans are required to cover a range of preventive health services without any cost-sharing by patients if they’re recommended by the U.S. Preventive Services Task Force, an independent group of medical experts. (The only exception is for health plans that have grandfathered status under the law.)

Colorectal cancer is the second leading cause of cancer death in the United States. Screening can catch cancers earlier, and removing polyps discovered during a colonoscopy can prevent cancer from developing in the first place.

The task force recommends colorectal cancer screening for most adults starting at age 50. These tests include colonoscopy (in which a doctor inserts a flexible tube with a video camera at the end into the anus to examine the large intestine for polyps, tumors and other abnormalities), sigmoidoscopy (a similar process that examines only the lower part of the colon) and fecal occult blood testing (which examines the stool for traces of blood).

A colonoscopy is the most thorough of the screening tests and is favored by many clinicians. But about half the time, polyps are discovered and removed during the test to determine whether they are cancerous. This can create billing problems for patients, says Katie Keith, a research professor at Georgetown University who co-authored a report on screening colonoscopy coverage under the Affordable Care Act.

According to the study, some insurers judged that a colonoscopy with polyp removal was a therapeutic rather than a screening procedure, and subsequently billed patients for some or all of the test’s cost, depending on their coverage, which can reach $2,000, sometimes more.

In February, the Obama administration stated that for people in group and individual health plans, polyp removal during a screening colonoscopy was an integral part of the screening test and should be covered without patient cost sharing.

The guidance doesn’t apply to Medicare beneficiaries, however, who may still face a co-payment if a polyp is discovered.

Other screening coverage questions remain murky. What happens, for example, if someone gets a positive result on a fecal occult blood test? In that case, the task force says a colonoscopy is required to examine the colon for polyps or other problems. But insurers vary in whether they consider such a follow-up colonoscopy to be part of the original screening process or a separate diagnostic test, according to the report by Keith and others, including the Kaiser Family Foundation. (Kaiser Health News is an editorially independent project of KFF.)

“In many communities, stool testing may be common because people can’t get an appointment for a colonoscopy for months,” says Robert Smith, senior director of cancer screening at the American Cancer Society, another co-author of the report. “If they have a positive stool test, now they face the uncertainty of what it would cost to get the colonoscopy.”

Another gray area emerges when people are at higher risk for colon cancer because of family history or their own history of polyps. In these cases, patients are often advised to get a colonoscopy more often than every 10 years, the recommended frequency for people at average risk. In February, the federal government clarified that high-risk patients could qualify for more frequent screening without cost sharing.

Despite this, some patients have run into coverage snags.

Because doctors discovered three polyps during a colonoscopy five years ago, Allen Worob, 66, is considered at high risk for colon cancer. Worob’s physician advised him to get another colonoscopy in five years. At first, Worob’s insurer told him that the procedure would cost him nothing if no polyps were found but that he’d owe the full $2,500 charge if a polyp was discovered. (Worob’s primary coverage is through his wife’s group health plan, supplemented by Medicare.)

After more discussions with his insurer, Worob, who lives in Rochester, N.Y., was told the procedure would be covered without any out-of-pocket charge whether or not any polyps were found. But Worob didn’t want to take any chances. He decided to wait for a letter from his insurer spelling that out before getting the test.

“The [Department of Health and Human Services] has issued clarifications on some scenarios related to colonoscopy screening, but other questions are being raised and we may need to ask for further clarification,” she says.