State high-risk insurance pools around the country provide coverage to approximately 220,000 people who have medical problems and are often turned down for traditional policies. 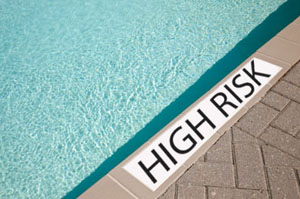 When the federal health law takes effect in January, insurers can no longer deny coverage to people who have medical problems and some of the state high-risk programs will disappear. But experts worry that enrollees, for whom reliable health care is critical, may not get much help finding a new plan or adequate notice about the changes coming.

The pools are operating in 35 states, and some have been in existence for decades. Premiums are often high, sometimes twice the price of a typical individual plan, as are out-of-pocket costs. Deductibles of $10,000 aren’t unusual.

More than a dozen of those pools plan to close or are considering doing so in the first six months of 2014, according to the National Association of State Comprehensive Insurance Plans, a membership organization for state high-risk pools. The remaining pools will continue or officials haven’t yet announced plans, according to NASCHIP.

Consumers need to examine their options carefully, and it’s unclear how much help they’ll get from the pools that are closing, says Katie Keith, an assistant research professor at Georgetown University’s Center on Health Insurance Reforms.

“Many states require plans to give notice, help them find new coverage,” she says. “But a lot of states are not helping consumers much.”

Still, Jean Hall, director of the Institute for Health and Disability Policy Studies at the University of Kansas, says that even if their state high-risk pool continues to operate, many members will be better served by looking for coverage on the health insurance exchanges, which will open in October.

“In many instances, it will be good to get out,” she says. “It’s likely that the premiums will be lower on the exchanges, the deductibles will be lower.”

Yet, for sick people who have had coverage through the high-risk pool for years, the thought of switching plans and possibly losing access to their doctors can cause anxiety.

“Ideally we’d be able to tell them that this plan is ending and at the same time exactly what their new coverage would be and what it would cost,” says Amie Goldman, chief executive of the Wisconsin Health Insurance Risk-Sharing Plan Authority, which runs the state’s high risk pool. However, “not much information will be available until the fall.”

The authority sent out the first of several emails to 11,000 plan members last week informing them that the state high risk pool will be closing at the end of the year.

Laurel Peckenpaugh says the change is “a horrifying prospect but one that I understand is necessary.”

Peckenpaugh, 50, has a family history of colon cancer and was unable to find private coverage following her divorce in 2007. Now the Germantown, Wis., resident pays $483 a month for a plan with a $2,500 deductible that links to a health savings account.

She has been pleased with her coverage through the high-risk pool and is anxious that things won’t work out as well on the exchange. She doesn’t expect to be eligible for subsidized coverage, and so she’ll research plans both on and off the exchange.

Still, “I think the exchanges are probably where I’ll be able to get an adequate policy at a decent price,” she says.

Another group of people enrolled in high-risk coverage also face insurance changes in 2014, but for them it should come as no surprise. The health care overhaul established “pre-existing condition insurance plans” in every state for people who could not get coverage elsewhere. The PCIPs were intended to provide stopgap coverage for the uninsured until 2014 when they can get coverage on the exchanges.

PCIP coverage is generally less expensive and more comprehensive than that in existing state high-risk pools but it requires enrollees to be uninsured for six months. At the end of April, there were just over 110,000 people enrolled in these plans.

The federal government has taken over the operation of all but 10 of the state PCIPs, and will be responsible for helping these people switch to new coverage. Administration officials say details about how people will be transitioned onto other coverage aren’t yet available.