The health law gave a huge boost to insurance coverage for preventive care, requiring nearly all health plans to provide cancer screenings, check-ups and, more controversially, contraceptives, to patients free of charge. But that doesn’t help the 30 million people who are expected to remain uninsured under the law and who will continue to rely on a patchwork of federal and state prevention programs whose funding is anything but certain.

One of the largest groups affected is low-income people who live in states that decide not to adopt the health law’s expansion of Medicaid coverage to adults with incomes up to 138 percent of the federal poverty level ($15,856 for an individual in 2013).  The Supreme Court ruled last year that states aren’t required to expand that coverage, and half of the states have so far opted not to do so. Adults with incomes below the federal poverty level ($11,490 in 2013) aren’t eligible for subsidies on the state health insurance exchanges and many are likely to remain uninsured. 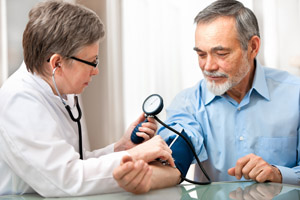 Other groups that need access to preventive services but may fall through the cracks include people who are exempt from the requirement to have insurance under the health law next year because coverage on the exchanges would cost more than 8 percent of their income, or those whose income is below the tax filing threshold ($10,000 for an individual or $20,000 for a married couple filing jointly), among others.

Immigrants who are in the country illegally and are prohibited from buying coverage on the exchanges will have no guaranteed access to preventive services either. In addition, low-income legal immigrants who must be in the country for five years before they can qualify for Medicaid may not be able to afford coverage, although they are eligible for premium subsidies to purchase it on the state marketplaces.

Women’s health advocates say many women who want to ensure that their visits to health care clinics for birth control and other reproductive health services remain confidential frequently choose not to use insurance, even if they have it.

“The Affordable Care Act is wonderful in expanding coverage to millions of women, but it’s very difficult to obtain confidential services if you’re a dependent on anyone else’s policy,” says Kinsey Hasstedt, a public policy associate at the Guttmacher Institute, a research and policy organization that focuses on reproductive health.

There are programs available that help uninsured and low-income people get the preventive care they need, but advocates worry that funding, which is always precarious, will be further cut because of the misperception that starting next year everyone will have insurance that covers preventive care. The health law requires that health plans provide preventive services recommended by the U.S. Preventive Services Task Force without any out-of-pocket cost to patients. The only exception is for grandfathered plans.

The federal Centers for Disease Control and Prevention runs two cancer screening programs for uninsured and underinsured people with incomes up to 250 percent of the federal poverty level ($28,725 in 2013). The National Breast and Cervical Cancer Early Detection Program (NBCCEDP) provides screening in all states and the District, and women who are diagnosed with cancer or precancerous conditions can receive treatment through the Medicaid program. The Colorectal Cancer Control Program is smaller, operating in half the states, and doesn’t provide access to treatment following diagnosis.

Patient advocates are working to ensure the screening programs aren’t cut back and that Medicaid will continue to provide treatment.

“We don’t want to take steps backwards,” says Citseko Staples Miller, senior specialist for state and local campaigns at the American Cancer Society’s Cancer Action Network. “Maybe a woman gets a free screening, and then she’s told she has cancer but she’s no longer eligible for any other screening or treatment.”

Advocates have similar concerns about access to family planning services for low-income and uninsured women. Title X, a federal grant program for family planning and related health care, provides free or low-cost services to women and men through more than 4,000 health centers nationwide.

“Women [who] can get enrolled in their state’s family planning expansion can get exams, lab tests and the full range of contraceptives,” she says.