The foremost concern of many of us who fought for health care reform is what its fate will be in the post-midterm-election world. It’s clear that the resurgent Republican leadership in the House sees health reform as a much easier target than the real and serious problems facing our country — the continuing economic doldrums, unemployment, the budget deficit, and, dare one say it, climate change. It is also likely that the newly elected Republican state legislators and governors will be a tough sell on the states’ vital role in reform implementation.

The Republicans are too late if they want to roll back the law completely; some parts have already become reality. Many employers, including some that bankrolled that Republican resurgence, are taking advantage of its retiree reinsurance program. Small businesses across the country are taking advantage of the small employer tax credit to expand coverage for their employees while more than 1.8 million Medicare beneficiaries have received the $250 checks as they hit the dreaded donut hole. Other provisions of the legislation — coverage to adult children up to age 26, the end of annual limits on coverage, or the end of rescissions for unintentional mistakes — will become a reality for millions of Americans as their new plan year begins on Jan. 1.

Yes, the Affordable Care Act remains the law of the land, but much more needs to be done soon if it is to realize its promise.

Vital protections promised by the reform — the right to have at least 80 percent of your insurance premiums actually spent on medical care or quality improvement activities; the right to be told why your insurer is demanding an unreasonable premium increase; the right to a simple, plain language explanation of what your insurance actually covers — will only become real when the Department of Health and Human Services issues rules implementing them.

The National Association of Insurance Commissioners toiled throughout the summer and early fall performing its duty under the law to deliver to HHS recommendations for resolving technical issues under the law. The state commissioners who make up the NAIC carried out their responsibilities with courage and considerable cost to themselves, as many of them faced reelection or reappointment in a hostile political environment.

Now it is up to HHS to finish the job.

Of course, some argue that the midterm elections were a referendum of health reform, and that the reform was overwhelmingly rejected. I have seen no indication, however, that voters went to the polls demanding that pre-existing condition exclusions for children be restored, that insurers be allowed to spend 35 percent of premiums or more on administrative expenses and profits (as some do now), or that insurers be able to raise their premiums unreasonably without offering a justification (as is now legal in some states). Neither did voters cast their ballots enraged that the reform law creates a right to know why coverage was denied or to appeal a claims denial within 72 hours when life or limb is at stake.

Nonetheless, emboldened by the election, insurers are demanding that HHS delay or dilute reform implementation and let business continue as usual.

The Affordable Care Act is the law. The president retains a solemn obligation under the Constitution to “take care that the laws be faithfully executed.” The reform law affords HHS discretion regarding some implementation issues, and HHS has been exercising this discretion flexibly to achieve a practical interpretation of the law. But on other issues the law is clear and brooks not variance. For example, the NAIC, in its final recommendations, correctly concluded that removing agent commissions from insurer administrative costs to calculate the amount insurers must spend on health care is simply not allowed. On these issues the federal government must move resolutely ahead without regard to special interest lobbying.

Whatever the midterm elections meant, they cannot be read as a resounding endorsement of our current failed health insurance system. We must get the job of reform implementation done.

For Health Overhaul, Implementation Is Now Job One 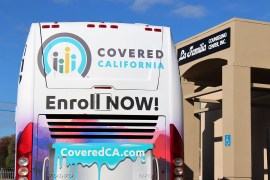 When Green Means Stop: How Safety Messages Got So Muddled