It’s been more than three years since Lisa Dowden had gastric bypass surgery. As the operation has receded into her medical history, however, her insurer has renewed its interest. 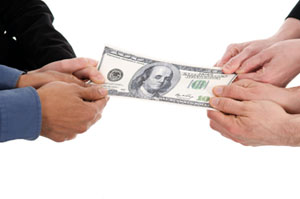 In September, Dowden, a 51-year-old partner at a law firm in the District, received a letter informing her that her health plan had overpaid by more than $9,000 what it owed for the services of the assistant surgeon in her operation. Dowden, the letter said, is responsible for paying it back.

Dowden disagrees. Because she used an out-of-network doctor for the procedure, the insurer sent payments for the providers directly to her, a not uncommon practice when an insurer doesn’t have a contractual relationship with a doctor. Dowden says she never cashed the checks she received for the surgery and other services related to her procedure that were handled by the physician’s practice and arrived over a period of months. The doctor’s office submitted the claims and she simply signed the checks over to them.

“I do not see any way that any amount of diligence on my part could have prevented the mistake, if indeed there was one,” says Dowden.

Dowden is in the process of pulling together information to appeal the health plan’s decision. Among many as yet unanswered questions, she’s uncertain why the insurer is pursuing her rather than the provider. She has requested but not yet received information from the staff at the physician’s office.

CareFirst BlueCross BlueShield, which insures Dowden and her husband through a plan for federal government employees, said in a statement that it’s obligated under its contract with the federal Office of Personnel Management to attempt to recover any overpayments it identifies.  Further, it added, “We are obligated to recover the overpayment from the member, even if s/he paid the entire check to a non-participating provider, because the overpayment was made to the member” and the member is ultimately responsible for the provider charges.

Such an arrangement is not unusual in cases involving out-of-network providers, says Susan Pisano, a spokeswoman for America’s Health Insurance Plans, a trade group. “Typically, the transaction would be between the health plan and the patient when you’re talking about a non-participating physician,” she says.

Experts say that overpayments can occur for a variety of reasons. An insurer may simply make a mistake and pay a provider more than the contracted amount for a service, for example. Or a provider may be paid for a service that’s not covered under the patient’s insurance plan.

Whatever the reason, overpayments can create headaches for providers and patients alike. “This is a big problem,” says Mila Kofman, a research professor at Georgetown University’s Health Policy Institute and Maine’s former superintendent of insurance. “It shifts responsibility onto patients and providers, who are in the worst position to address problems like this.”

Who owes what to whom will always depend on the specific facts in a case.

In a hypothetical situation in which the insurance company overpaid a patient who then sent along the payment to the provider, “our general feeling is that . . . the insurance company has no business coming back to the insured and asking for the money back,” says Philip Barlow, associate commissioner for insurance for the District’s Department of Insurance, Securities and Banking.

In many states, an insurer can pursue most overpayments for no more than a couple of years.

But self-insured companies — those that pay their own employees’ health claims directly rather than buy insurance for that purpose — aren’t bound by such laws, nor are the health plans offered through the Federal Employees Health Benefits Program, say experts.

Sometimes, patients may find themselves involved even if the insurer isn’t pursuing them to recover an overpayment, say experts. Insurance policies often contain language saying that if an overpayment is made by the insurer, the insured person has an obligation to help recover the money, perhaps by providing information to the insurer or even testifying in court, says Barlow.

For her part, Dowden continues to try to sort out what, if anything, she must pay. She received another letter from her insurer in mid-November saying she had 14 days to pay the bill. She responded with a letter saying she wasn’t convinced she owes it.

“I have a full-time job and a child,” she says. “My husband works, and we’re fighting this in our spare time, which we don’t have much of to begin with.”

As for the money, paying it would it would be “extremely inconvenient,” but “I’d be able to manage it eventually,” she says.

When A Plan Overpays For A Service, Is A Patient Responsible For A Refund?