Most people who smoke want to quit, and the 2010 health-care law is supposed to make it easier for them by requiring many insurance plans to cover smoking-cessation treatments with no out-of-pocket cost to members. But a recent study found that details about what’s covered and who pays for it remain confusing and inconsistent. 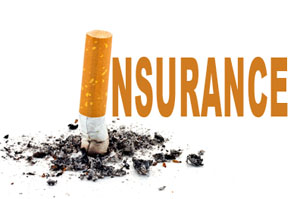 “We were taken aback at the extent to which the policies were rife with confusing language, conflicting coverage and gaps in coverage,” says Matthew Myers, president of the Campaign for Tobacco-Free Kids, an advocacy group that commissioned the study.

The Affordable Care Act requires plans that are new or those whose coverage has changed enough to lose their grandfathered status to provide preventive benefits recommended by the U.S. Preventive Services Task Force without any cost-sharing by members.

The task force, a group of experts that evaluates medical evidence to guide consumers’ and doctors’ decisions about screening and preventive services, strongly recommends tobacco-cessation treatment for adult smokers. It describes several effective treatments, such as counseling (including brief behavioral counseling sessions and telephone quit lines) and medication (including nicotine-replacement gum, lozenges and the patch, as well as prescription non-nicotine drugs such as Zyban and Chantix). It says research shows that a combination of counseling and medication together is more effective at helping people quit than either type of treatment alone.

But when researchers at Georgetown University’s Health Policy Institute examined 39 health plans in six states, they found that coverage for smoking cessation was often confusing. Many contracts didn’t clearly state that the coverage was available, didn’t cover recommended treatments and/or didn’t provide it without cost-sharing.

“The study points out the need for the Department of Health and Human Services to provide much more specific guidelines,” Myers says.

Insurers offer a different perspective. “The final rules [for preventive services] recognized that there wasn’t necessarily a one-size-fits-all approach,” says Susan Pisano, a spokeswoman for America’s Health Insurance Plans, a trade group. “So we would expect to see variation around the methods that plans are using.” In addition, she said AHIP’s own survey of plans found that nearly all offer some type of intervention for tobacco users.

Tobacco use kills an estimated 443,000 people in the United States every year, accounting for about one in five deaths annually. It remains the No. 1 cause of preventable death.

If insurance coverage of smoking-cessation treatment isn’t enough to encourage people to quit, the health law provides an added incentive: Smokers’ premiums can be up to 50 percent higher than non-smokers’ in some plans. The Obama administration recently proposed softening that rule by allowing smokers to avoid the higher rate if they participate in a stop-smoking program.

In the 34 years that she smoked cigarettes, Caroline Randa tried to quit several times, but she never lasted more than a few weeks before starting up again. Randa, now 60, finally managed to kick her 2 1/2-pack-a-day habit seven years ago using Chantix.

Randa and her husband live in Foley, Ala. Both of her parents died of smoking-related illnesses. (Her sister, Julia Cartwright, works for Legacy, an anti-smoking advocacy group.) Randa spent roughly $120 per month for the two months she used the drug, which was not covered by insurance.

“If something like Chantix had been on the market and my insurance had covered it, I would definitely have quit more than seven years ago,” she says.

The cost of quitting smoking varies widely depending on cessation products used. Although some people quit without the aid of stop-smoking products or support, many people need assistance. At the low-cost end, someone who gets only telephone counseling and buys over-the-counter nicotine replacement products, such as Nicorette gum and NicoDerm patches, might spend up to $400 on a quit attempt, says Cheryl Healton, president and chief executive of Legacy. At the high end, someone who gets more-intensive counseling, uses a prescription stop-smoking drug such Chantix plus an over-the-counter nicotine replacement method could spend up to $1,000 per try, she estimates. A study by researchers at Pennsylvania State University reached a similar conclusion. It takes the typical person up to 11 tries to succeed, according to Healton.

Most studies have found that health insurance coverage increases both the use of stop-smoking treatments and the rates of smoking cessation, according to the 2008 clinical practice guideline on treating tobacco use and dependence published by the Department of Health and Human Services.

But even if comprehensive benefits are available, people won’t use them if they don’t know about them, say experts. “Information is critical,” says Mila Kofman, a research professor at Georgetown University’s Health Policy Institute and the lead author of the recent study about coverage details. If a health plan’s materials simply say that its members have coverage for preventive benefits, “they may not understand that it includes tobacco-cessation treatment and that they have that for free.”

Study Finds Coverage To Help Kick Smoking Can Be Tricky