Nearly one company in six in a new survey from a major employer group plans to offer health coverage that doesn’t meet the Affordable Care Act’s requirements for value and affordability.

Many thought such low-benefit “skinny plans” would be history once the health law was fully implemented this year. Instead, 16 percent of large employers in a survey released Wednesday by the National Business Group on Health said they will offer in 2015 lower-benefit coverage along with at least one health plan that does qualify under ACA standards. 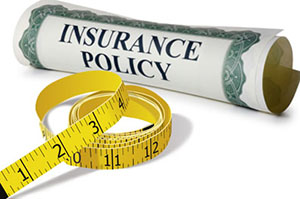 The results weren’t unexpected by benefits pros, who realized last year that ACA regulations would allow skinny plans and even make them attractive for some employers. But the new survey gives one of the first looks at how many companies will follow through and offer them.

“It is a little higher than I would have expected but does not surprise me,” says Timothy Jost, a law professor who specializes in consumer health at Washington and Lee University in Virginia. “It would be interesting to know what sectors of the economy these employers are in.” Low-benefit plans traditionally have been offered by hotels, restaurant chains and other lower-wage industries, Jost said, “but this may be spreading.”

The survey compiled responses from 136 large employers. The large majority — 81 percent — will offer only plans that meet the health law’s tests for minimum value and affordability. The study didn’t identify which industries made up the 16 percent that will offer low-benefit plans.

“My guess is that they are probably in those industries with low-wage employees where they have historically not been attracted to taking a lot of their paycheck for coverage and wanted something smaller,” said Steve Wojcik, vice president of public policy at the National Business Group on Health.

Skinny plans are part of a two-step strategy that lets workers and employers avoid health law penalties but may not produce substantial coverage. Some skinny plans cover preventive care and nothing else — no inpatient or outpatient hospital treatment, says Edward Fensholt, a benefits lawyer with Lockton Companies, a large insurance brokerage and consulting firm.

It works like this: Employers can shield themselves from health law penalties by offering insurance that meets tests for affordability and value — regardless of whether anybody signs up. At the same time, workers can avoid the ACA’s individual penalty by enrolling in a company skinny plan, which qualifies as “minimal essential coverage” for individuals under the health law by the mere fact that it’s employer-sponsored.

In practice, employees in low-pay industries often decide that the substantial plan is too expensive even though it meets ACA standards, Fensholt said.  (The ACA says coverage is affordable if the employee’s contribution is 9.5 percent of household income or less.)

So workers sign up for the skinny plans, which shield them from the individual mandate penalty (the greater of $95 or 1 percent of their income) but offer little coverage.

“Employees need to know that if they choose one of these plans, it may be cheap and may satisfy the individual mandate requirement, but it may offer little protection if they actually get sick,” said Jost.

Even so, at Las Vegas hotels and elsewhere, employees are asking for skinny plans, and employers are offering them to stay competitive, Fensholt said.

Potentially large medical bills aren’t the only disadvantage for workers at companies using the two-tier strategy. By offering an ACA-compliant plan, their employers disqualify them from getting subsidized insurance on healthcare.gov or other online exchanges — even if they don’t sign up for a company policy.

The survey also showed a continued move by large companies toward high-deductible, “consumer-directed” health plans and to providing tools for workers to shop around for care. Consumer-directed plans, often paired with a tax-favored health savings account, feature deductibles of thousands of dollars. Deductibles are what consumers pay for care before the insurance kicks in.

Next year, 32 percent of companies surveyed intend to offer a consumer-directed plan and nothing else — “larger than I would have expected,” said Karen Marlo, a vice president at National Business Group on Health. “We were really surprised at how much the survey over and over again pointed the finger at consumerism.”