About 12.7 million Americans enrolled in private health insurance through the federal and state marketplaces for 2016, the Obama administration said Thursday.

Sign-ups in the third enrollment period for the Affordable Care Act’s online marketplaces — and the last that will be completed while President Barack Obama is in office — easily topped last year’s amount and also beat the administration’s modest forecast.

The 2016 enrollment period began Nov. 15 and ended Jan. 31. Except for limited exceptions such as job losses, Americans will have to wait until mid-November to enroll again. 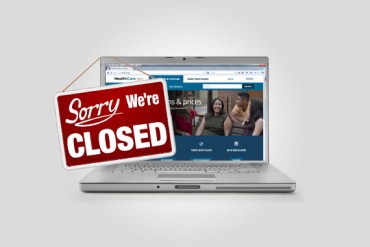 The annual Obamacare enrollment numbers routinely draw debate. Supporters boast that millions of people have gained coverage.  Detractors stress millions remain uninsured because they can’t afford coverage and that not enough healthy young adults are enrolling. The latter issue threatens the business case for insurers, causing them to lose money and raise prices or drop out of the exchanges.

Of the 12.7 million consumers enrolling in marketplace coverage, more than 9.6 million came through the federal healthcare.gov exchange that handles 37 states. The rest, 3.1 million, selected a plan through the 13 state-based marketplaces.

About 4 million enrollees on healthcare.gov this year enrolled in the coverage for the first time, according to the Department of Health and Human Services.

At the end of last year’s enrollment period, 11.7 million people had chosen plans,  but that figure dropped to 9.3 million by September because not everyone paid premiums and some found coverage elsewhere, such as through employers.

In October, the White House estimated that 10.1 million Americans would have health care coverage through the exchange at the end of 2016, a figure that counts people who paid and were covered at the end of the entire year.