Citing the flexibility they offer, many consumers choose health plans that provide some coverage outside the insurer’s network. Traditionally, such plans not only paid a portion of the bill, but also set an annual cap on how much policy holders paid toward out-of-network care.

An increasing number of preferred provider plans (PPOs) offered under the federal health law have no ceiling at all for out-of-network costs, leaving policyholders facing unlimited financial exposure, similar to what more restrictive and often less expensive types of coverage, such as health maintenance organizations (HMOs), offer. 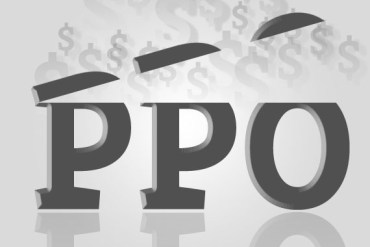 Forty-five percent of the silver-level PPO plans coming to the market for the first time in 2016 provide no annual cap for policyholders’ out-of-network costs, an analysis by the Robert Wood Johnson Foundation finds. Not having a cap could lead to tens of thousands of dollars in bills for patients who are hospitalized or treated by providers who are not part of the plan’s network.

This year, 14 percent of existing silver-level PPO plans had no annual ceiling on out of network care. When new plans coming to the market and the existing plans that are continuing are factored together, that percentage will double to 30 percent of silver-level PPOs with no out-of-network financial cap in 2016, the analysis finds. Silver level plans, which are the second-lowest cost plans, are the most commonly purchased in the marketplace.

Not having any maximum cap on those costs “is what you expect … in a plan that doesn’t offer out-of-network benefits,” said RWJF researcher Katherine Hempstead. “You’re paying a deductible and then some kind of co-insurance ad infinitum. The average PPO for sale in 2016 is less comprehensive than what was called a PPO in 2015.”

The trend stretches the definition of a PPO and could catch consumers unaware, especially because many mainly check premium and deductible costs when shopping. Additionally, information about out-of-network costs is often harder to find on insurance websites, generally requiring consumers to click through to a lengthy “summary of benefits.” The first page gives details of the plan’s deductible and out-of-pocket expenses, both in and out of network.

But consumers should take that step before they sign up, say advocates, to know what their potential exposure might be. They should especially check PPOs, which many people choose specifically because they cover some out-of-network costs, generally paying a portion of the bill after a patient meets an annual deductible.

“This trend [toward no annual cap in some PPOs] creates even greater risk for consumers going out of network,” said Betsy Imholtz with Consumers Union, the advocacy arm of the organization that produces Consumer Reports.

All of UnitedHealth’s plans in Arizona, for example, have no annual cap on out-of-network costs. This year, for the first time, neither do any of the PPOs offered by the Blue Cross Blue Shield plans in Illinois, Oklahoma and New Mexico. Plans offered through a partnership between insurer Aetna and the Northern Virginia hospital system Inova also have no maximum cap for out of network.

Insured consumers have long faced costly consequences for going out of network.

But those concerns have grown in recent years, especially among people who buy their own insurance because they don’t get it through their jobs. That’s partly because the federal health law changed the way insurers do business, including barring them from rejecting people with health problems.

While that has helped consumers with pre-existing conditions, insurers have sought other ways to cut their costs in order to slow premium growth. To do that, many now offer plans with smaller networks of doctors and hospitals, which can make it more likely that a policyholder will see non-network providers, either on purpose or inadvertently. For example, a patient might go to an in-network hospital, but be treated by a non-contracted physician or lab service.

The resulting bills can run into thousands of dollars. And the providers can “balance bill” patients for the difference between what the insurer pays toward their care and their actual charges, which are generally far higher. That amount doesn’t count toward a plan’s annual deductible or annual out of network maximum, if it has one.

Vince Hess of Grandview, Missouri, racked up about $800 in costs related to surgery for a broken hand in 2013. Hess, an actuary, first checked that his surgeon was in network. He had the operation at an in-network surgical center, but only learned later when he was billed that the two anesthesiologists who assisted in the surgery were not.

“Everything added up pretty fast,” said Hess, 57, who said he should have been told that he might be treated by out of network physicians. “I … have read a thousand health insurance contracts. That’s the irony, that I got burned. I don’t know how the average person does it who is not as familiar.”

Insurers and policy experts say there are sound reasons to have networks – they’re one way to negotiate with large hospital systems to bring costs down. They can also be used to steer patients to doctors or hospital systems with higher quality ratings, better prices, or both.

“Members get the most out of their benefits by using in-network providers,” said Thomas Meier, vice president of market solutions for Health Care Service Corporation, which owns Blue Cross Blue Shield plans in five states, including Illinois.

This year, to slow premium growth, Meier said his company’s PPO plans switched from having out-of-network caps to not having them in three states – Illinois, New Mexico and Oklahoma – and setting the cap at three times the in-network maximum in Montana.

“We do have to look at ways we can keep those premiums as affordable as possible,” he said. “If we offer a significant amount of out-of-network coverage, then the premium will come up and won’t meet that goal.”

While consumers’ concerns about out-of-network costs predate the Affordable Care Act, the law does not set any limits on what insurers or medical providers can charge policyholders for out-of-network care. Some states have either considered or put in place some related consumer protections, but they are, for the most part, limited, according to Consumers’ Union.

The law does, however, cap what insurers can charge policyholders annually for in-network care.

For 2016, plans must limit out-of-pocket costs for policyholders, which include deductibles and copayments, to $6,850 for individual coverage or $13,700 for family plans. Additionally, the law says insurers must charge in-network copayments for emergency department services at non-network hospitals because patients in urgent situations often can’t choose where they go.

Many PPO plans still do include annual limits on what a consumer might have to pay toward non-network care. (Any balance bill amounts generally do not count toward those deductibles or annual caps.) Often, those maximums are set at amounts double the in-network limits, but can range far higher.

In Montana, the silver-level Blue Preferred Silver PPO 101 offered by Blue Cross Blue Shield for 2016 has an out-of-network cap three times the in-network rate: $26,000 for individuals and $52,800 for family coverage.

A bronze-level plan offered by Anthem next year in Indiana has an out-of-network maximum of $30,000 a person, or $60,000 for a family. In Pennsylvania, Independence Blue Cross offers a silver-level PPO that carries a $20,000 a person and $40,000 a year out-of-pocket cap for non-network care.

Nationally, the mean out-of-pocket cap for non-network care for an individual in silver-level PPO plans $16,700, the RWJ analysis finds.

While not an exact comparison, another study showed that workers with job-based insurance have a median annual out-of-pocket maximum for care obtained out of network of $6,000 for individuals and $12,000 for families, according to a recent survey of nearly 2,500 employers by benefits firm Mercer.

Policy experts and brokers acknowledge that the marketplace caps would stretch most people’s budgets, but note they provide some protection because a very serious illness or accident could result in medical bills well above those amounts in a given year.