Nearly four years after President Barack Obama signed the Affordable Care Act into law promising the biggest expansion of health care coverage in half a century, the public remains deeply split over it. 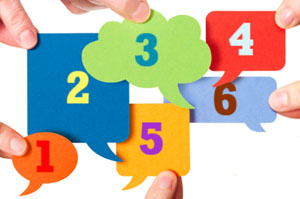 Now, though, most of its major provisions are in effect, and arguments may hinge less on ideology and more on how the law is actually working for millions of people – for instance, how many get coverage through online marketplaces; whether they’re able to see doctors when they need them; how they rate that care; and perhaps most important, whether having that coverage improves their lives in tangible ways.

“When the law passed … the consumer protections seemed so far in the future,” says Lynn Quincy, senior policy analyst with Consumers Union. “But now we are here.”

No question that partisans on both sides will keep spinning, especially in the run-up to the 2014 midterm elections. To help make sense of the challenges ahead, here are six things that are likely to be important measuring sticks of the law in 2014 and beyond.

1. How many people sign up for coverage in the new insurance marketplaces, and how many of them are healthy?

Asked to name the top three factors that will determine how the public judges the law’s success, political scientist Jonathan Oberlander answers, “Enrollment, enrollment and enrollment.”

That issue will get outsized attention in part because it’s the easiest thing to measure, says Oberlander at the University of North Carolina-Chapel Hill.

The administration has anticipated that 7 million will sign up for private coverage in 2014 – a projection that originally came from the nonpartisan Congressional Budget Office and which the White House endorsed. After the glitch-ridden rollout of the enrollment portals, though, that will require an extraordinary surge between now and March 31, the end of open enrollment. The administration announced that 2.1 million people had signed up for private coverage effective Jan. 1.

Perhaps even more important than the absolute number, though, is whether a significant percentage of healthy people sign on to cross-subsidize those who will need more expensive care.

While the law contains a provision to compensate insurers who enroll a disproportionate number of sick people, the hope is that striking the right balance between the sick and healthy will lead to competitive premiums that will not only attract more enrollees, but also more insurers, which will lead to more competition on premiums, which could lead to more enrollees, etc.

2. Will new enrollees be able to get medical care when they need it?

When Massachusetts became the first state to implement universal health coverage in 2006, many residents faced long waits for doctors’ appointments and crowded emergency rooms. Those waits have lessened, but not disappeared. Nonetheless, polls show most residents in Massachusetts approve of the law.

Likewise, the national law will be judged on whether people can find regular doctors and get in to see them when they need them. If enrollees face a protracted period of appointment waits, difficulties finding specialists because of narrow insurance networks, or glitches in insurers getting their information, the law could be seen as failing.

“The goal of health reform is not insurance, but for people to get health care when they need it,” says Elise Gould, director of health policy research at the Economic Policy Institute.  “It’s about moving the dial on consumers getting preventive care and getting more compliance with taking prescription drugs and people getting more effective health care.”

3. Will the cost of health care, in the form of 2015 exchange premiums, be stable?

Online marketplaces were intended to boost transparency and competition among insurers to hold down premiums for those who buy their own coverage – a group now estimated at about 14 million, and expected to grow dramatically under the law’s expansion of coverage.

While there’s been much debate about how 2014 premiums compare to those offered before (many mandated benefits were not included in 2013 policies and many people denied coverage in 2013 sought policies for 2014), that will not  be the case in 2015.

Whether insurers increase premiums— either because they enrolled too few healthy people the first year or because mechanisms to protect them from losses failed to work –  will be closely watched.

“If premiums stay down, and the website for enrollment works better than that will say a lot about how the law is working,” Oberlander says.

4. What happens to the majority of Americans who get their insurance through their jobs?

The administration delayed until 2015 the law’s requirement that employers with more than 50 workers provide coverage. How that affects job-based coverage is a big question – with potential political repercussions.
Obamacare opponents say the law will accelerate the trend of employers dropping coverage for their workers because they will have the option to steer workers to the online exchanges.

“Employer sponsored coverage has been eroding for decades, and many smaller employers are right on the edge of dropping coverage,” says Joel Cantor, director of the Center for State Health Policy at Rutgers University.

While about 6 percent of large firms say they might drop coverage in the next five years – most keep it to stay competitive in hiring – the percentage of small employers who say they are likely to do so rose from 22 percent to 31 percent, according to a survey released late last year by consultant Mercer.

5. Will people find their coverage valuable?

As a result of the law, most people are receiving expanded benefits, among them, preventive services without co-pays, including mammograms and other cancer screenings, some vaccinations, contraception services, including birth control pills, and periodic wellness exams.

Those who buy their own insurance will also get broader coverage, including mental health treatments, hospital stays and prescription drugs, and can no longer be denied coverage because of pre-existing illnesses.

The flip side is that some people will pay higher premiums than they did last year; others, especially those eligible for subsidies in the exchanges, will pay less, and some will get health coverage at virtually no cost to themselves through Medicaid or subsidies.

Watch for stories not just about people with chronic illnesses who finally are able to get insurance, but also about first-time buyers who are surprised to learn they have to pay deductibles before they can access coverage and  may not always be able to see the doctors they want.

One factor to evaluate will be what percent of people stop paying their monthly premiums or drop coverage — even if it means paying the individual mandate penalty of $95 or 1 percent of their income, whichever is greater.

Perhaps the single biggest factor in expanding coverage to those who are now uninsured will be whether more states decide to expand Medicaid under the law.

Since the Supreme Court made that expansion optional, only 25 states, along with the District of Columbia, have opted into the system, despite the generous federal match which pays the full cost for the first three years and no less than 90 percent thereafter.

Political dynamics at the state level, including advocacy by health providers, insurers and business groups, will likely determine whether more states opt in, allowing legal residents with incomes up to 138 percent of the federal poverty level, or about $15,800 for an individual, to qualify for coverage.

Important to remember, of course, is that states typically take their time responding to federal changes in health policy. Only 26 states adopted Medicaid when it began in 1966. Arizona didn’t enter the program until 1982. After the Children’s Health Insurance Program was approved by Congress in 1997, it was several years before every state made it available.

Six Things That May Move Public Perception Of Obamacare