Ashley Summers said she got an unpleasant surprise in February when she tried to pick up a prescription for her rheumatoid arthritis: Her pharmacy said her insurance had been canceled, even though her premiums were paid.

Summers called Blue Shield of California and got her policy reinstated — then she said it happened again in March and this time, the lapse in coverage dragged on for three months.

Without insurance to cover her medications and doctor visits, her arthritis and fibromyalgia worsened to the point that she could barely walk, she said. In June, she said, the state granted her permission to switch to another insurer.

“This entire mess has been so incredibly stressful,” said Summers, 49, a personal assistant in Los Angeles who had paid $593 a month in premiums. “For Blue Shield just to pull the plug like this is infuriating.”

Around the state, consumers with individual Blue Shield policies, like Summers, say they have been subject to sudden, erroneous cancellations, especially in recent months, forcing them to go without heart medicine, skip vaccinations for their children and pay hundreds of dollars out-of-pocket for other medical care. On social media, customers have described frantic attempts to get their coverage reinstated.

We apologize for the inconvenience. DM you member ID and a Specialist can look into this for you. – AV https://t.co/XQLGzcD88Q

We apologize for the trouble and would like to look into this. DM us your member ID and contact info and a member of our team will reach out to address this with you. – JN

We apologize for the frustration. A Specialist will reach out shortly to assist you. – JN

Blue Shield has acknowledged failures in enrollment and billing for some customers who purchased individual policies since 2014, both inside and outside the Covered California exchange. The company declined to specify how many customers were affected. The problems don’t appear to involve people with employer coverage or enrolled in government health programs.

In a June 22 lawsuit, the San Francisco insurer blamed many of these problems on an outside contractor it had hired in preparation for the launch of the Affordable Care Act in 2014. In a countersuit, the contractor, HealthPlan Services, denied the allegations and accused Blue Shield of sharing inaccurate customer data. 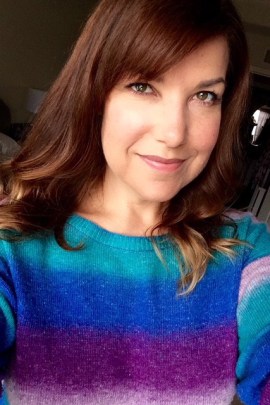 Consumers with individual Blue Shield policies, like Ashley Summers, say they have been subject to sudden, erroneous cancellations. (Courtesy of Ashley Summers)

In a statement, Blue Shield said: “The roll out of the Affordable Care Act was hard on the entire health care system. Our vendor failed to provide the support it promised and we spent millions of dollars to mitigate the impacts to our members.”

On Friday, Summers sued Blue Shield in Los Angeles County Superior Court, alleging breach of contract and seeking class-action status on behalf of other customers. The insurer couldn’t be reached for comment about the complaint.

Scott Glovsky, a Pasadena, Calif., attorney representing Summers, said Blue Shield has known about these problems for years. “Blue Shield is taking people’s hard-earned dollars and then abandoning them when they’re sick,” he said.

Tina Hoover, 47, a horse trainer in Sherman Oaks, Calif., said Blue Shield canceled her policy twice in two months, even though she’d been paying her premiums faithfully for years.

Blue Shield denied more than $1,000 in doctor visits, saying she’d been terminated. After four calls, inconsistent responses, non-responses and a pointed comment by her husband on Twitter, she finally got her insurance back, she said.

“It was frightening that Blue Shield could be so disorganized on something so important like my health care,” said Hoover, who pays $858 a month in premiums and has been a policyholder with the insurer for 15 years.

All health insurers face complaints, from improper denials of care to annoying customer service. But some experts say these persistent breakdowns in customer service at Blue Shield represent a black eye for California’s third-largest health insurer, which has 460,000 customers on the Covered California exchange and 3.8 million enrollees overall.

“I’ve never seen anything on this scale for such basic insurance operations,” said Paula Wade, an industry analyst at Decision Resources Group in Nashville, Tenn. “Honest to goodness, if you can’t take people’s money and credit their account — that’s incredibly simple.”

We apologize for the frustration. DM us your member ID and a member of our team will look into this. – SS https://t.co/XQLGzcD88Q

We're sorry for the inconvenience. DM us your member ID and a Specialist will look in to this for you. – AV https://t.co/XQLGzcD88Q

I rarely tweet, but @BlueShieldCA has the absolute worst customer service. They accidentally terminated my insurance, and apologized for the error. After losing approx. 13 hours of work time on the phone, still no solution. What the heck??

Across its plans last year, Blue Shield had the highest complaint rate per 10,000 enrollees among the eight largest health insurers statewide, according to the California Department of Managed Health Care. Blue Shield had 7.43 complaints per 10,000 enrollees, followed by Anthem Blue Cross (5.83), UnitedHealthcare (4.72) and Kaiser Permanente (4.6). (Kaiser Health News, which produces California Healthline, is not affiliated with Kaiser Permanente.)

For its individual market plans, Blue Shield chose to outsource sign-ups, billing and payment processing to HealthPlan Services, a major contractor for insurers industrywide. In its breach-of-contract lawsuit against the contractor, Blue Shield said it needed outside help to handle the dramatic overhaul of the individual market in 2014 under the ACA.

By June 2014, Blue Shield said it had formed a team of people “whose sole job was to address the failures in HPS’ services to ensure that Blue Shield’s customers’ interests were not impacted,” according to the lawsuit.

But the glitches persisted, and Blue Shield said in its lawsuit that it has lost tens of millions of dollars due to the contractor’s “egregious” failures on billing, refunds and related matters.

In a statement to California Healthline, HealthPlan Services called Blue Shield’s claims “baseless” and said it has a “successful track record of providing quality services to its clients and their members.”

But in court papers, Blue Shield said the problems went beyond the sudden cancellations.

For instance, about 14,000 Blue Shield customers experienced “multiple attempted charges on their bank accounts” over one weekend, according to the insurance company’s lawsuit. About half the time, Blue Shield alleged, its contractor proposed refunds or credits that were excessive or had no basis at all. One time, a $27,000 refund went to the wrong customer, according to the lawsuit.

In April 2017, Blue Shield said, it initiated termination of the vendor’s contract.

In a statement, Blue Shield countered that “HPS’ allegations are unfounded and we look forward to responding to them in the legal proceedings.”

Meantime, San Francisco resident Burcu Sivrikaya, 32, said she found out late last month that Blue Shield had canceled her coverage — effective May 1. She spent hours on the phone talking to seven different company representatives trying to get her policy reinstated, only to be told it would take 30 days, she said. “Are they using pen and paper? Why does it take 30 days? It’s insane.”

Now Sivrikaya, a social media manager, is trying to get Blue Shield to refund the $1,179 she said she paid in premiums for the three months the company withdrew coverage.

The Department of Managed Health Care fined Blue Shield and a subsidiary $557,500 last year for improper cancellations and a variety of customer grievance violations. Blue Shield is contesting some of those allegations and penalties, according to the state.

Blue Shield noted that it performed well on certain categories in the state data, such as an extremely low complaint rate among medical providers.

The company also said its customer satisfaction score improved in a recent consumer survey by Forrester Research, increasing by nearly 2 percentage points to 63.6 out of 100. Forrester still labeled Blue Shield’s performance as “poor,” putting it in ninth place out of 17 health insurers that were rated this year.

A Black Eye For Blue Shield: Consumers Lash Out Over Coverage Lapses