Bob Ensor didn’t see the boom swinging violently toward him as he cleaned a sailboat in dry dock on a spring day two years ago. But he heard the crack as it hit him in the face.

He was transported by ambulance to an in-network hospital near his home in Middletown, N.J., where initial X-rays showed his nose was broken as were several bones of his left eye socket. The emergency physician summoned the on-call plastic surgeon, who admitted him to the hospital and scheduled him for surgery the next day.

Shortly before surgery, the doctor introduced Ensor to a second plastic surgeon who would assist in the 90-minute procedure. Entering through Ensor’s nose, the physicians realigned his facial bones, temporarily sewing Ensor’s left eye shut so that the lids would stay in place as the bones knitted back together.

Six weeks later, as Ensor, then 65, continued to make an uneventful recovery, a collection agency called to inquire how he and his wife planned to pay the $71,729 bill for the assistant surgeon. Ensor’s company health plan had denied payment because the surgeon wasn’t part of its contracted physician network.

There was more bad news. Ensor received notice that the health plan wouldn’t cover the $95,885 charged by the first plastic surgeon either because he also was out-of-network.

“The hospital knew these doctors were out-of-network and didn’t bother to tell us,” said his wife, Linda Ensor, noting they faced more than $167,000 in charges. “We were panicked.”

Riverview Medical Center in Red Bank, N.J., where Ensor was treated, said that it “empathizes with patients who are trying to navigate the complexity of the health care billing system” and that transparency in billing has not always been optimal for emergency department patients.

As surprise out-of-network billing becomes a politically charged issue, Americans want the federal government to take action. In an April survey, more than three-quarters of consumers said the government should protect them from such bills, according to the Kaiser Family Foundation’s monthly health tracking poll. (KHN is an editorially independent program of the foundation.)

An analysis of insurance claims from more than 350 commercial carriers found that plastic and maxillofacial surgeons billed out-of-network more frequently than any other type of specialist in an inpatient setting. Examining hospital admissions in 2016, researchers at Johns Hopkins Bloomberg School of Public Health found that plastic and maxillofacial surgeons billed their services out-of-network 23% of the time, more than any of the other 50 specialties analyzed.

That leaves patients like Ensor, whose care requires plastic or maxillofacial surgery, extremely vulnerable. It also catches patients off guard: When a parent brings in a child with a cut and a triage nurse asks if they’d prefer a plastic surgeon, many reflexively answer “yes” not understanding whether there is an actual need nor anticipating the charges.

According to one survey of emergency department directors at more than 440 hospitals, 81% reported they had inadequate plastic surgery coverage, a higher percentage than reported shortages of any other type of surgical specialty.

The reasons these specialists are such frequent out-of-network billers are fairly straightforward.

Many plastic surgeons don’t participate in health plans because they have flexibility other physicians may not have — their practices often focus on elective cosmetic procedures like nose reshaping and breast augmentation that patients pay for on their own.

Also, general surgeons and heart surgeons generally want to maintain good relations with the hospitals — and be on call for the ER  — since the ER is a source of patient referrals and their patients often require inpatient care. In contrast, plastic surgeons often operate at outpatient centers.

“Fortunately for some plastic surgeons with alternative revenue streams, they don’t need to participate with insurance companies,” said Dr. Gregory Greco, the board vice president for health policy and advocacy of the American Society of Plastic Surgeons, who has a solo practice in New Jersey and Manhattan. Greco participates in the employee plans at the institutions where he has hospital privileges, but he doesn’t accept other insurance plans.

The society did not respond to a request for information regarding the percentage of plastic surgeons who participate in insurance networks.

That can spell trouble in emergency care. Under the federal Emergency Medical Treatment and Labor Act (EMTALA), hospital emergency departments are required to screen and stabilize any patient who walks through the door, whether or not they can afford to pay. Hospitals often rely on a roster of on-call specialists to treat emergency patients, but studies show many specialists are reluctant to be on call, and low rates of insurance reimbursements may play a role in those decisions.

Data from a New York state program to arbitrate surprise medical bills — a 2015 state law holds patients harmless for such charges — highlights the scope of the problem with plastic surgery coverage.

Emergency care involving out-of-network plastic surgery services was by far the most common type of bill reviewed, according to figures from the state Department of Financial Services. By late 2018, there had been 543 decisions regarding such bills, compared with 335 for emergency physician care and 263 for orthopedists.

In New York, the surprise billing law has discouraged plastic surgeons from charging extremely high fees for out-of-network work, said Dr. Andrew Kleinman, a plastic surgeon in suburban New York City who is a former president of the Medical Society of the State of New York. Under the program, which uses a process called “baseball arbitration,” the insurer and provider each submits a proposed dollar amount and the arbitrator picks one.

“Baseball arbitration gives the physician an incentive not to bill an outrageous rate because they’re going to lose,” Kleinman said. If a doctor charges $20,000 for services provided, but the insurer offers $500, “the insurer will win every time,” he said. 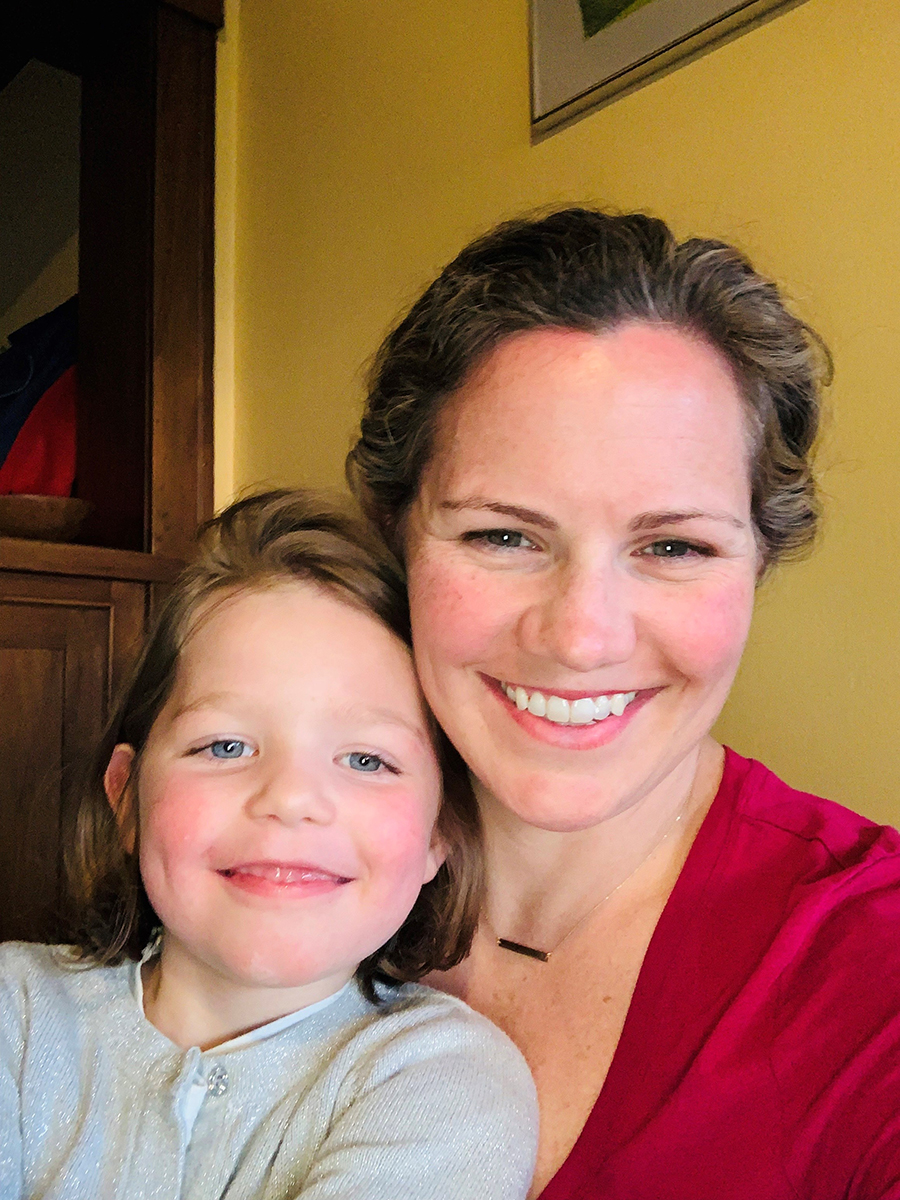 Dr. Meghan Candee of Salt Lake City was stunned when a plastic surgeon charged her insurance company more than $25,000 for a single stitch after daughter Maeve cut her face in a fall.(Courtesy of Meghan Candee)

In the meantime, patients remain vulnerable. Dr. Meghan Candee was visiting family in Riverhead, N.Y., last summer when her daughter, who was 4 at the time, fell against a wooden bench and got a small cut underneath her left eyebrow. Candee, a pediatric neurologist in Salt Lake City, took her to the emergency department nearby, where she opted for a plastic surgeon, who put in a single stitch, without any sedation.

Candee paid the $100 copayment for the emergency department visit and took the stitch out herself five days later.

A few weeks later, Candee’s insurer sent a $25,175 check to pass on to the out-of-network plastic surgeon, who had charged that amount for his work.

Assuming there was an error, Candee called the plastic surgeon’s billing office but was told the amount was correct. Even though she wasn’t herself on the hook, Candee was “outraged.”

“This is why people have issues with physicians, and they think most of us are out there trying to get money,” she said.

In New York, the average out-of-network charge at a hospital or other setting for an injury like Candee’s daughter’s — a simple repair of a superficial wound on the face that is 2.5 centimeters or less in length — is $438.01, according to FAIR Health, a national, independent nonprofit organization that collects and manages an extensive database of insurance claims. In the Great Neck/Port Washington area of Long Island, the area with the highest charges for that repair nationwide, the average charge is $1,067.25.

Patients should know that a plastic surgeon may not be covered in-network and is not necessary in many cases. “It’s not uncommon for a family to say they would like a plastic surgeon,” said Dr. William Jaquis, president-elect of the American College of Emergency Physicians. “But, in the vast majority of cases, a well-trained emergency physician can do most of the repairs.” A plastic surgeon makes sense when there’s extensive, deep-tissue damage and the skin is not cleanly torn, especially on the face, he said. A dog bite or an eye socket injury like Ensor’s is a classic example.

Luckily for the Ensors, the sailing club stepped in to take up his case with the out-of-network plastic surgeons. Since sailing club members were required to volunteer on work projects to keep membership costs in check, the club’s insurer agreed to cover the accident as a workers’ compensation case. It paid 100% of the outstanding bill.

Putting A Face To Surprise Bills: Among Specialists, Plastic Surgeons Most Often Out-Of-Network