The federal government has issued final regulations that reform the way Medicare pays doctors. If the new rules achieve their intended goal, all Americans — and not just Medicare enrollees — could see improvements in the quality of their care.

The regulations, which were issued last month, stem from legislation Congress passed in April 2015 in an unusually strong bipartisan vote. The new payments will begin in 2019, but they will be based on quality measures physicians report starting in 2017.

Overall health care costs are a target of the law, too, and the rate of growth in costs could decline if the law’s mechanisms succeed. But it may be years before the government and researchers know if it is succeeding.

The previous payment formula was ineffective at motivating doctors to practice better medicine at lower cost. At the same time, it angered doctors because nearly every year it threatened to slash their reimbursements.  Congress regularly intervened to prevent that from 2002 to 2015.

Here’s a quick rundown on what the new rules mean for you.

The new reimbursement system pegs part of doctors’ fees under Medicare to the quality and efficiency of the care they deliver. It also rewards doctors and other clinicians (physician assistants, nurse practitioners, etc.) who join or create larger organizations that will increasingly be paid overall fees for patient care instead of piecemeal “fee-for-service” payments.

That line item approach may work for car repairs, but in medicine it’s wasteful and promotes excessive and unnecessary care that can actually be harmful, the government contends, and most experts agree.

How will the formula work?

Starting in 2019, doctors who choose not to join larger organizations in 2017 and 2018 — which the government dubs “alternative payment models” — and also don’t participate in reporting quality measures will be penalized 4 percent of the total amount they bill Medicare. If they report a few quality measures, they avoid the penalty and could earn a small bonus. If they participate more substantially, they could earn up to a 4 percent bonus (and more in some circumstances).  Potential penalties and bonuses rise to 5 percent in 2020, 7 percent in 2021, and 9 percent in 2022 and beyond.

Doctors who join alternative payment organizations in 2017 and 2018 that meet certain criteria will get a 5 percent bonus in 2019.

Does the law change Medicare benefits?

No. Nothing in the new law or rules changes Medicare’s benefit structure or benefits for 2017 and beyond. It also does not affect Medicare beneficiaries’ choice between private insurers’ Medicare Advantage plans and traditional Medicare, nor does it impact benefits under Medicare Part D (prescription drug coverage).

Will I pay more for care?

In the short run, the new payment system will not affect how much you pay in Medicare premiums or out-of-pocket costs. Beyond 2023, Medicare premiums and copays could be affected by the new rules. The government’s hope is that the annual rate of rise in the cost of care for Medicare patients will be reduced. That could, in the future, translate into lower premiums. If the new system is unsuccessful at restraining costs, premiums and copays will likely rise.

Does the new system apply to all doctors who see Medicare patients?

Not initially. Doctors who bill Medicare less than $30,000 or have fewer than 100 Medicare patients per year are exempted in 2017 and 2018.  That’s about 30 percent of doctors who see Medicare patients. The government estimates that some 500,000 clinicians will be eligible for the financial incentive program in 2017 and that between 70,000 and 120,000 will join alternative payment organizations.

Will it be harder to find a doctor who accepts Medicare?

No. Congress killed the old payment system because some doctors threatened to stop seeing Medicare patients if fees were cut substantially, although few did. The new payment formula, while complex and requiring doctors to adapt, carries much less risk of Medicare dropouts by doctors.

How will actual care be affected?

Under the new system, doctors will be rewarded if they improve the way they track and manage patients over time; work in teams to make sure patients get the best, most appropriate treatments; use electronic health records; and prioritize wellness and prevention.

Such reforms are being pushed broadly in medicine today, and studies indicate they can improve treatment and keep people healthy — although there’s not universal agreement on which changes and techniques work best.

Paying doctors and medical organizations based on the outcomes of care carries the risk that doctors might avoid very sick and expensive patients. There’s debate over whether the new payment formula adequately limits that risk. Most experts agree, though, that the risk is minimal in the early years of the new program.

How will doctors’ performance and quality of care be measured?

Doctors will get one overall grade and rating. Call it a Grade Point Average (GPA) based on four categories: quality-of-care; practice improvement; adoption and use of electronic health records; and cost (this assessment starts in 2018). Quality of care will represent 60 percent of their score.

Their scores, along with reviews of their Medicare bills and patterns, will dictate whether they get a bonus, no change in payment, or a penalty.

Will I have access to doctors’ grades and ratings?

Yes. The results will be posted on the website Physician Compare. This site, mandated by the Affordable Care Act, already has some quality ratings for physician groups. 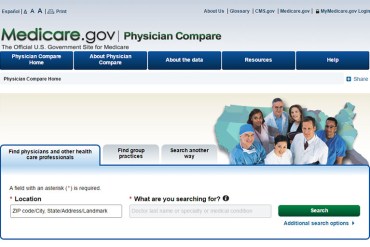 When and in what form the information based on the new payment system will be available online is not yet clear, however. In response to a question, the Centers for Medicare and Medicaid Services, which is administering the new payment system, replied: “We will use statistical and consumer testing for purposes of determining how and where such data will be reported on Physician Compare.”

How will the law affect the health system for people not in Medicare?

The steps to improve care and constrain cost growth in Medicare is in sync with similar actions in the private sector — by employers, insurers and large health systems. Financial incentives and other rewards, for example, have become common. Plus, almost all doctors who see Medicare patients also see privately insured patients. Thus, the government’s actions are expected to have a spillover effect to medical care for all adults.

Will the Trump administration change or delay MACRA?

It’s hard to say right now. Trump said repeatedly on the campaign trail that he would preserve and strengthen Medicare. Regulations like MACRA that have been through extensive public comment and finalized are not easy to rescind or alter. In addition, Congress passed MACRA with strong bipartisan support. It’s probably unlikely that Trump would see it as a priority to alter MACRA before it begins to be implemented in 2017.