Laura Stutzman had no doubts that this year’s Twin Falls County Fair should go on despite the pandemic still raging across the U.S. — and several outbreaks tied to such community fairs.

Though she saw few people wearing masks from her volunteer station in the fair’s hospitality tent in southern Idaho earlier this month, she said she wasn’t concerned. Stutzman, 63, had been attending the fair off and on for 30 years, and she didn’t consider this year that different. People in rural communities know how to respect one another’s space, she said, and don’t have time to “fret and worry” about the coronavirus.

“Common sense is knowing that COVID-19 is in the picture,” she said, yet not allowing fear to “dictate how we live.”

Hundreds of state and county fairs typically take place across the U.S. each year. They are a centerpiece for the agricultural industry — particularly for the 4-H kids who raise livestock all year to show off at their local events. Thousands of people are drawn to small towns for the concerts, rodeos, races and carnivals that flesh out the experience.

But only about 1 in 5 fairs took place as scheduled this summer, while the rest were dramatically modified or outright canceled because of the pandemic, according to data provided by the International Association of Fairs & Expositions.

Fairs are the economic lifeblood and cultural high point of the year for many rural communities, so the decision to cancel one is especially consequential. Scaling back can have devastating effects on the finances of the fair organizers and local community. And organizers fear that skipping a single year could mean losing a fair permanently.

“With very few exceptions, most fairs get most of their income from one single annual event,” said Marla Calico, president and CEO of the International Association of Fairs & Expositions. “Some fairs are trying to figure out how they will survive after this.”

In pressing on with their events, many organizers cited the fair’s importance to their counties, precisely because of the pandemic — people have been isolated from one another and communities are struggling economically.

One, the Montrose County Fair and Rodeo in Colorado, wanted to give students a chance to show and sell their livestock in person, Montrose County Fairgrounds & Event Center director Emily Sanchez said. Organizers promoted the event on social media with the hashtag #spreadingjoy, which Sanchez said was not intended to be a tongue-in-cheek reference to the pandemic.

“What we noticed was a lot of people saying that this was the worst year,” Sanchez said. “We were just giving people a minute to enjoy the small things.”

Montrose and most other fairs that took place scaled back events and made other changes to try to prevent coronavirus transmission. Fairs posted signs encouraging mask use and social distancing, and some canceled concerts and carnival-type attractions. The Fresno County fair in California, which is scheduled for October and typically draws 600,000 people, has been rebranded as a “series of drive-thru and virtual experiences.”

Often, those precautions haven’t worked, though, as fairgoers shed masks and gathered in large groups to watch rodeos and other attractions.

Health officials have since traced some COVID outbreaks to fairs. For example, Ohio Gov. Mike DeWine announced restrictions to county fairs after at least 22 cases of COVID-19 were traced back to the Pickaway County Fair in June. 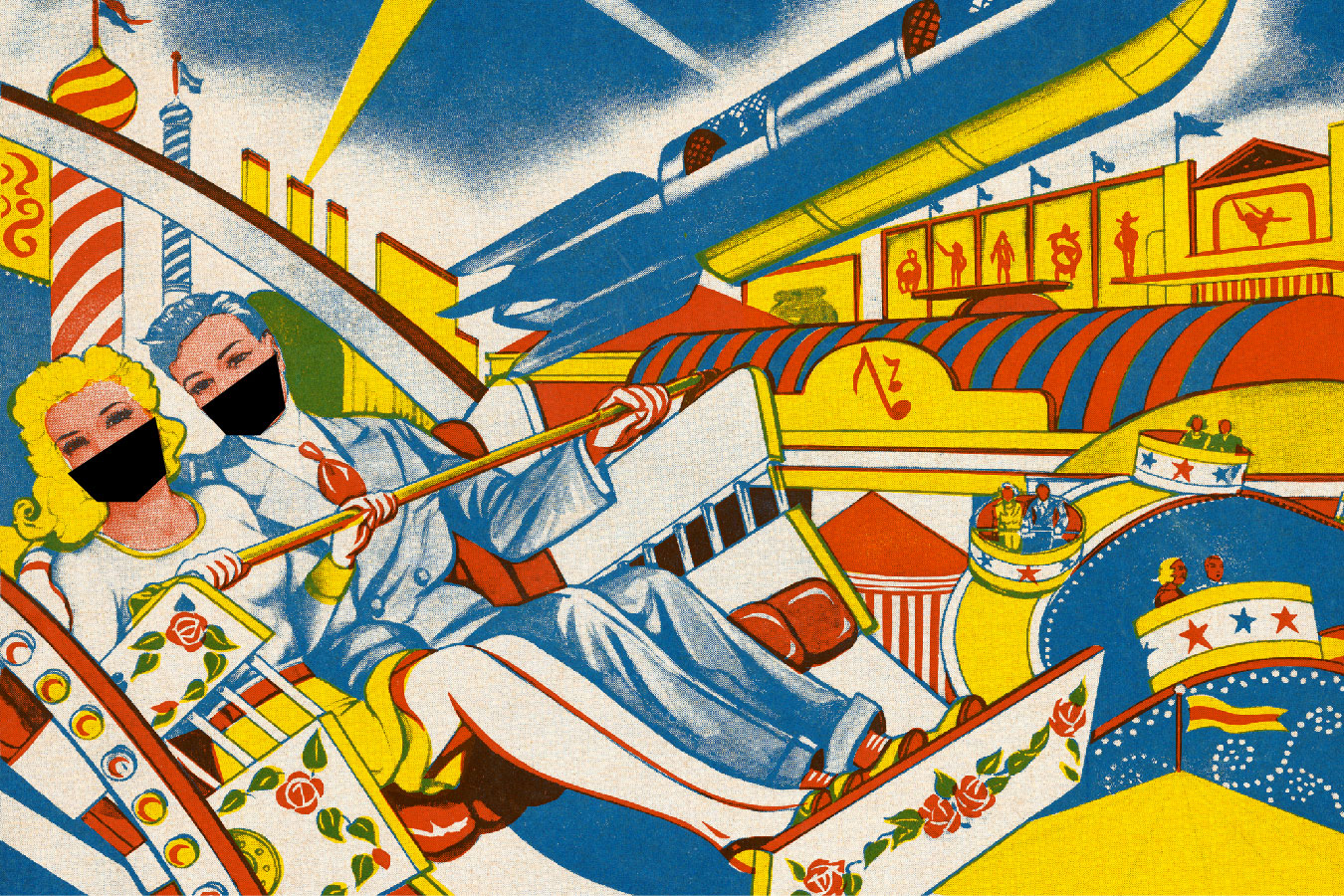 Another fair linked to a COVID outbreak is the Phillips County Fair in the vast plains of northeastern Montana. The organizers of the event in Dodson, a small farming community about 40 miles south of the Canadian border, have long proclaimed that theirs was the longest continuously running fair in the state.

Until the fair took place in early August, Phillips County had another unique distinction: It was one of just a handful of Montana’s 56 counties to have no confirmed cases of COVID-19.

By mid-August, an outbreak of COVID-19 occurred — 68 cases within a week in the county of 4,000 people. The county’s small public health team scrambled to perform contact tracing. They concluded the fair and other events held at the same time, including a softball tournament and a large wedding, caused the spread.

“It was really just a perfect storm that led to an outbreak,” said public health nurse Jenny Tollefson.

The number of infections in Phillips County eventually rose to 114, but county officials have since curbed the outbreak. There were no active cases in the county as of mid-September, according to state health officials.

Sue Olsen, chairperson of the Phillips County Fair board, said organizers did everything they could to safely hold a large community event amid a global pandemic. They purchased 500 gallons of hand sanitizer and encouraged attendees to wear masks, although she said few did. They also improved cleaning procedures in the bathrooms.

They canceled events in which social distancing would not be possible, such as the carnival games and rides, face painting and a clown show. The county’s Native American neighbors on the Fort Belknap Reservation disagreed with the decision to hold the fair and canceled the relay races that are a traditional part of the event.

But organizers felt they needed to hold the fair.

“If you don’t have an event one year, you might just lose it,” Olsen said.

The outbreak opened up the county to criticism. Montana Gov. Steve Bullock, a Democrat, called Phillips County an example of how the state hasn’t learned to live with the coronavirus. 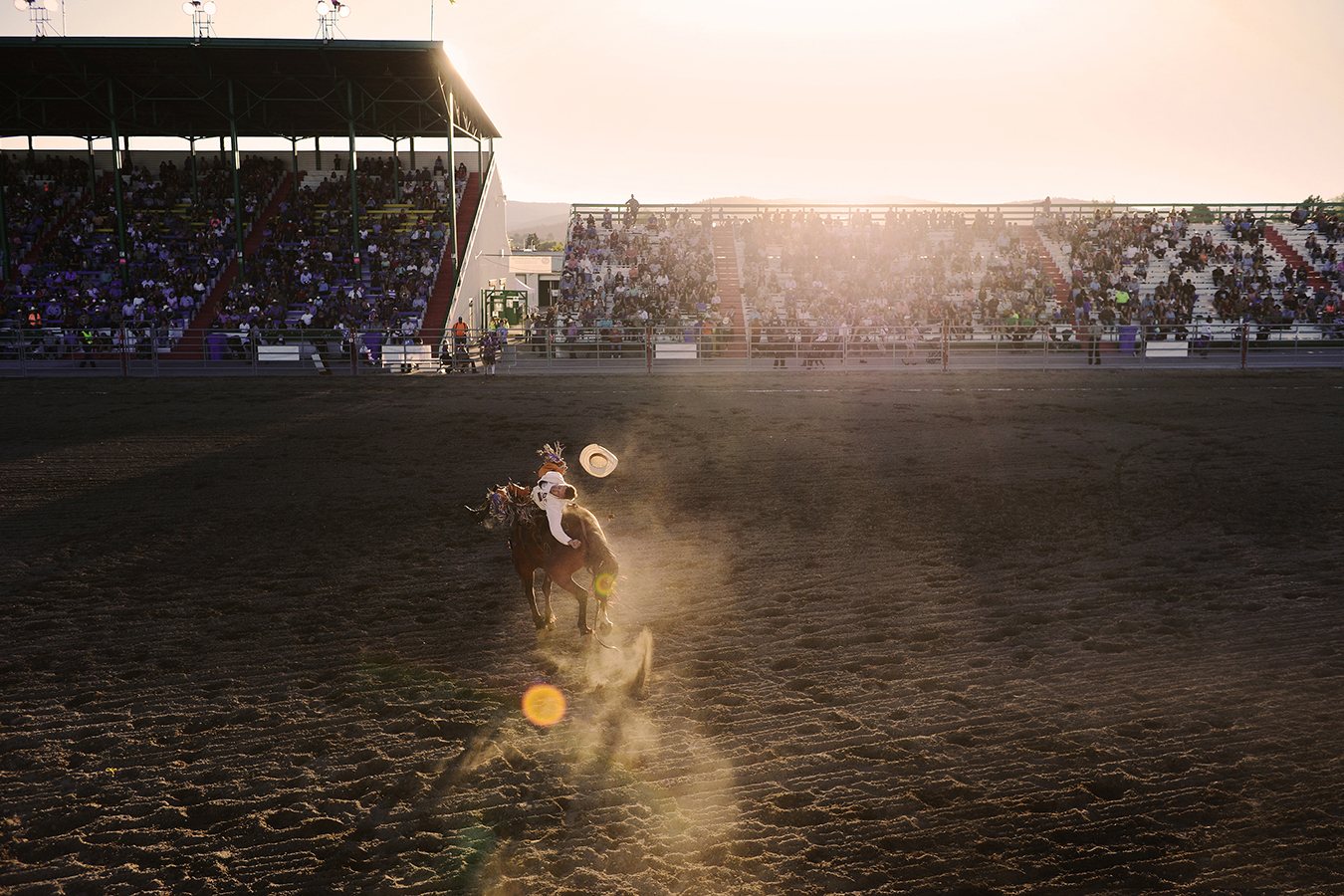 Other fair organizers took notice but pressed ahead. Near Montana’s Glacier National Park, Flathead County held the Northwest Montana Rodeo and Fair in mid-August despite 140 local health care professionals writing a letter urging organizers to cancel it. Among the medical community’s chief concerns: Schools were reopening just a week after the fair.

“We had a health department that was willing to work with us on a plan when a lot of other counties or states just simply said no to public events,” he said.

Campbell said the fair was different than in past years, with a bigger focus on 4-H and agricultural education. They canceled the carnival and parade, plus ditched the beer garden during the concerts and rodeos. Masks were required to enter the fair and the grandstands, although images posted by a local newspaper that quickly circulated on social media showed many people simply took off their masks once inside.

Interim county health officer Tamalee St. James Robinson said the images of so many maskless people in the grandstands were concerning, and fair organizers should have ensured compliance. Campbell said that the organizers took corrective actions to make sure people did wear masks after the images surfaced but that his staff didn’t have time to constantly remind people. 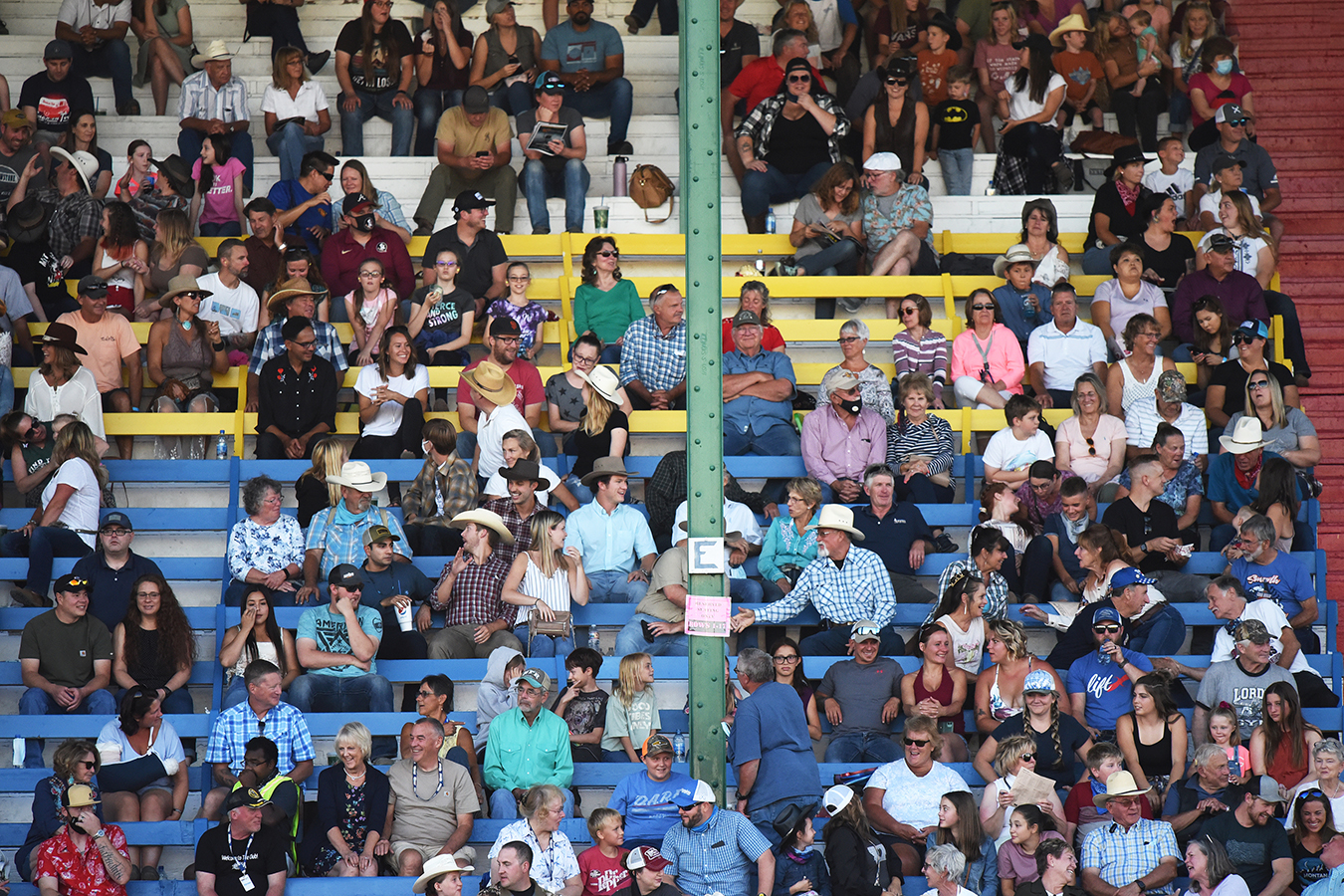 Fans in the grandstand converse during a break in the action at the Northwest Montana Fair and Rodeo at the Flathead County Fairgrounds in Kalispell, Montana, in August.(Casey Kreider/Daily Inter Lake)

Back in Twin Falls, Idaho, about 3,500 people — half the usual number — showed up at the fair’s opening on Sept. 2, according to news reports. Despite the smaller crowd, the carnival games and rides went ahead and so did the rodeo.

Stutzman said she spent some of her time during the rodeo sanitizing the hospitality tent — but not necessarily because of the coronavirus.

“We were all raised with manners and good hygiene and consideration for others in our neck of the woods,” she said. “So everything pretty much goes on as it always has.”

The fair ended on Sept. 7, and it remains to be seen what effect, if any, it will have on Twin Falls County’s COVID-19 cases.