On the morning of April 1, Dr. Priya Khanna inched her way from the bedroom to the front door, using walls, doors and railings to hold herself up long enough to get to the stretcher waiting outside. She had been battling COVID-19 for five days and was struggling to breathe.

Her mother, also COVID-positive, watched helplessly as EMTs in full personal protective equipment guided Priya into the ambulance. Priya waved to Justin Vandergaag, a childhood friend walking alongside her. “I’ll see you later,” he said.

The Khannas would soon suffer the most appalling of fates, as the two doctors from the same family encountered an illness against which they were fatally powerless.

Their story reveals the conundrum facing health care workers, who care for their patients while exposing themselves and their loved ones to risk. And it underscores how unprepared U.S. hospitals still were more than a month after news of community transmission of COVID-19 was first detected in the country.

COVID-19 has hit New Jersey hard, particularly in the north where the Khannas live. According to a database maintained by The New York Times, the state has recorded nearly 165,000 confirmed coronavirus cases and more than 12,300 deaths.

News of the pandemic had unsettled Priya, a 43-year-old nephrologist in the town of Glen Ridge. She suffered from a rare autoimmune disorder called small-cell vasculitis, and the medication she took to treat it compromised her immune system. She knew that if she contracted COVID-19 she would become very ill.

Priya, which means “beloved” in Hindi, had decided in college to become a doctor and graduated from Kansas City University of Medicine and Biosciences in 2003. Both her sisters were also doctors. She became certified in both internal medicine and nephrology, opened her own practice and was the director of two dialysis centers. 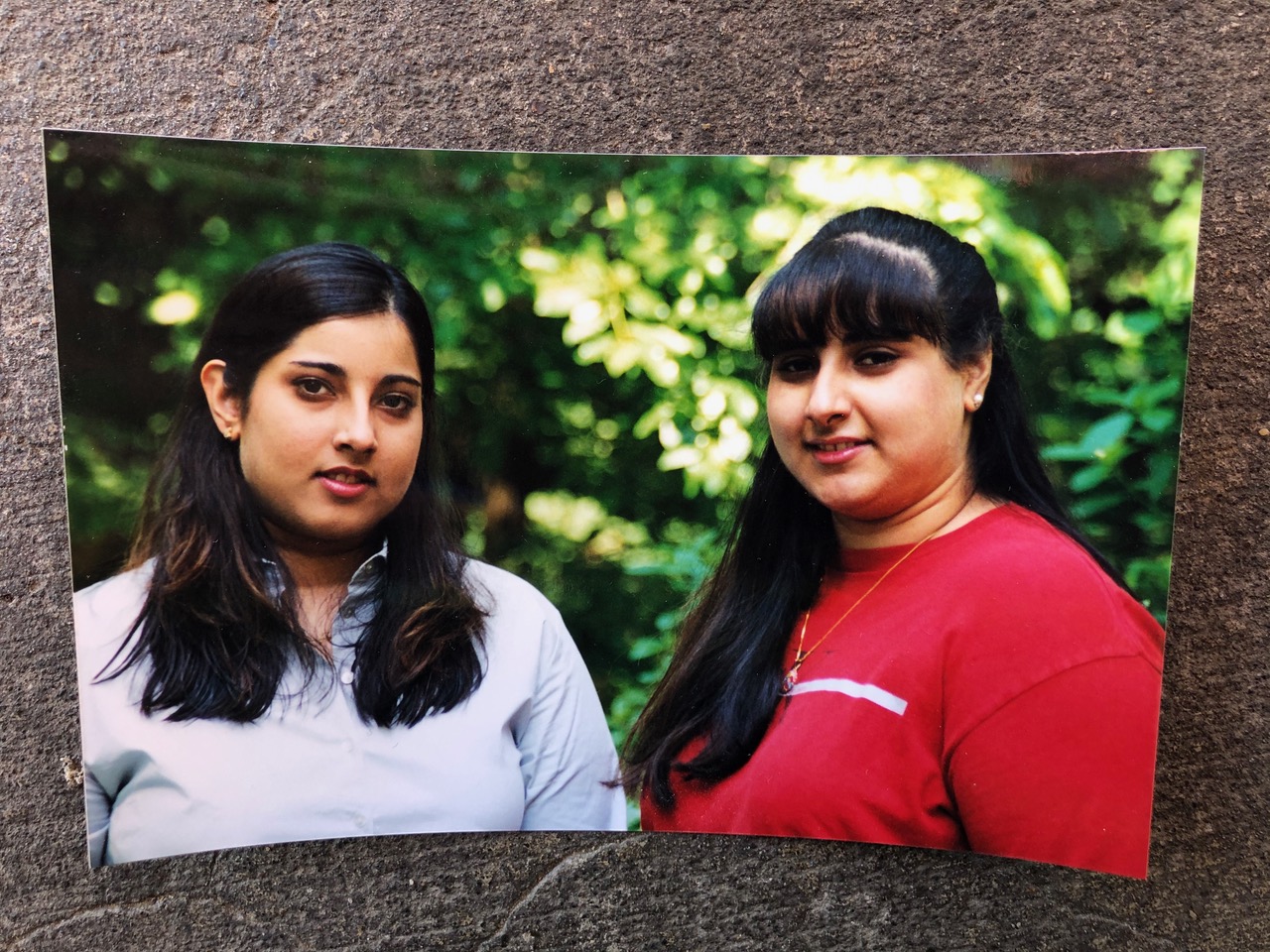 “She navigated the world with kindness and delight,” said a childhood friend, Laura Stanfill. She was “extremely selfless, a fiercely devoted friend and loyal,” said another, Melissa Auriemma. She gave long bear hugs and loved Lizzo, Hello Kitty, designer purses and anyplace with a beach.

Priya’s father fell ill in early March; the family is unsure how. Satyender, 78, was an immigrant from India who came to the U.S. with a medical degree and so little money that he did not know if he could afford the taxi ride to the hospital where he was to start his internship. In the 1980s, he became one of the first doctors in New Jersey to perform laparoscopic surgery, and was a trauma and general surgeon his whole career.

Five days after Satyender became sick, Priya’s mother, Kamlesh, a retired pediatrician, did, too. Priya, who lived with her parents, immediately isolated herself from them. She grew worried about her own health after a patient coughed directly in her face.

On March 20, Satyender was hospitalized, and a day later was placed on a ventilator. As a courtesy to Priya’s mother, the ICU physicians let her see her husband at the hospital he had worked at for more than 35 years. She suited up in her own personal protective equipment (PPE) and held his hand for a few minutes before being ushered away. It was a few weeks before what would have been their 50th anniversary.

“That was the last time she physically saw him alive,” said Dr. Anisha Khanna-Sharma, Priya’s younger sister and a pediatrician. “After that, we could only virtually see him on the iPad.”

Priya herself was taken to Clara Maass medical center, the 427-bed facility where her father was being cared for, on April 1. Because her sister Sughanda, an ER doctor, had her own full-body protective suit, she was able to gain better access than most visitors and found a situation reminiscent of a war zone. 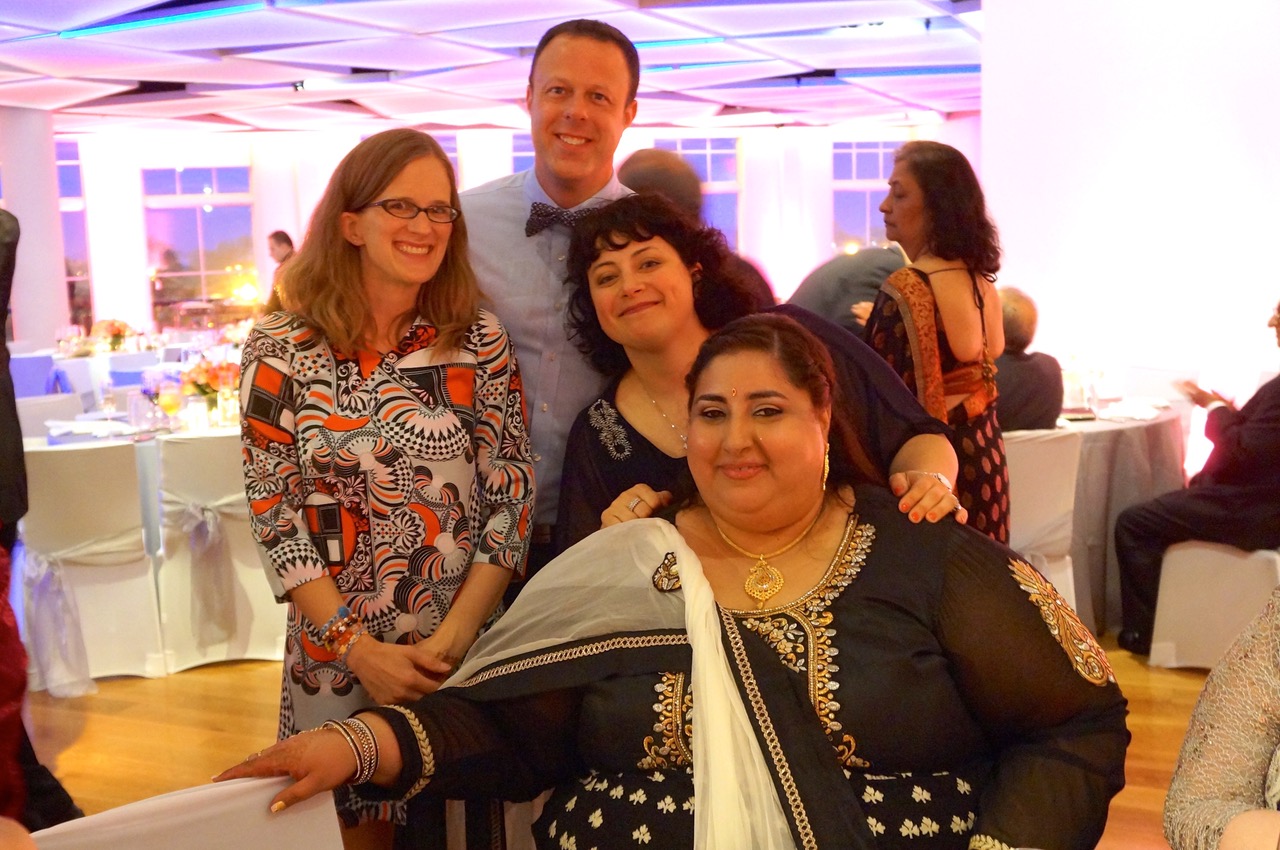 There wasn’t enough proper PPE. Sughanda recalled intervening when the registration clerk, not wearing protective gear, leaned into Priya’s face to ask her questions. Priya didn’t receive a blanket or a pulse oximeter, and was not continuously connected to a patient monitor, the family said.

Sughanda and Anisha took turns FaceTiming with Priya. She was having trouble breathing, despite receiving 100% oxygen, and almost urinated on herself because she was too weak to walk to the common bathroom. She asked for a commode but never got one.

“They didn’t feed her,” said Anisha. “My sister didn’t get a meal at the hospital for the first 2½ days.” Instead, Anisha and Sughanda asked a nurse they knew to deliver food to her, and raised the alarm with hospital executives.

In a statement to The Guardian, RWJBarnabas Health, which operates the hospital, said it adhered to the guidelines of the Centers for Disease Control and Prevention regarding the proper use of PPE.

“Providing high-quality patient care is our priority, and that has never wavered even as we continue to treat those who are suffering from the coronavirus,” said spokesperson Stacie Newton. “While we do not comment on individual patients, we can assure you that all of our patients are treated with the utmost dignity and respect and any family concern is treated with attention, discretion, and privacy.”

Priya was weak but still reviewed patient files and texted with her replacement physician up until she went on a ventilator. Meanwhile, her sisters tried valiantly to find treatments. They put Priya and her father on a waitlist for the COVID-19 drug remdesivir. They sought and found hundreds of matches for an experimental treatment in which blood plasma from people who have recovered from COVID-19 is administered to patients.

Yet there were numerous bureaucratic delays. By the time the sisters were able to administer units to Priya and Satyender, it was too late, they said. Although it remains unclear at what point in the course of the illness the unapproved therapy is most helpful, Priya’s sisters are convinced their family could have benefited from earlier treatment.

“I think the doctors and nurses and staff did a phenomenal job in terms of doing what they could with what they had,” Sughanda said. “Was the hospital prepared for this? Absolutely not. Did they have enough resources to treat? Absolutely not. They did not have enough of anything to cover the surge of patients that were coming through the hospital.”

On April 13, Priya passed away, followed by her father on April 21.

After Priya died, Sughanda and Anisha both received packages in the mail of clothing Priya had bought for their children.

Every now and then, Auriemma, the childhood friend, rereads messages she sent Priya while she was in the hospital to cheer her up.

We gotta go to Oregon.

We gotta go out for lunch.

We gotta do our movie date.

“She was an excellent nephrologist. But it was short-lived,” said Kamlesh, Priya’s mother. “She touched so many lives, I can’t even tell you. She was the kindest, sweetest person I ever met in the whole world. I think that’s why God took her away from us. She was an angel.”

A Family With Five Doctors — And Two COVID Deaths