The nation’s oldest private arbiter of what defines high-quality health plans turned 25 last year. The National Committee for Quality Assurance (NCQA) started soon after HMOs became popular in the 1980s, measuring the effectiveness of the first managed care plans as millions of consumers flocked to join them.

The Washington-based nonprofit’s public reports for decades have helped consumers shop for plans and employers pay the bills. Today, NCQA accredits health plans in every state, covering 109 million Americans or about 70 percent of all Americans enrolled in private coverage.

Founding and current president Margaret “Peggy” O’Kane discussed her organization’s past and future recently with KHN’s Phil Galewitz. This interview has been edited for length and clarity.

What do you see as NCQA’s biggest achievement after 25 years?

Just getting the measurements out there in a systematic way. We are now finally at a stage where the delivery system is getting it and trying to reorganize itself with primary care medical homes and accountable care organizations. I see unlimited potential coming out of that.

Is the United States doing a better job for consumers in measuring health plans’ quality of care? 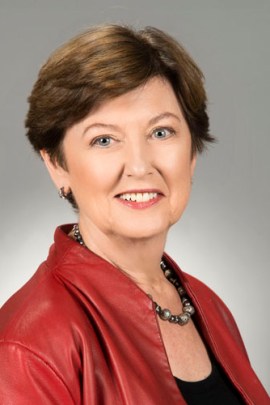 Maybe the glass is half full on measurement, or less than that. I think our strategy was to always walk behind the evidence. We have good measures where there is good evidence on preventive services and chronic diseases like hypertension and diabetes. These important conditions that account for more than half the spending in health care and the complication rates for diabetes are down by half. What we are missing is often in areas where the science is unclear. These also tend to be high-stakes areas of care, like cancer or other complex illnesses. But these are often things that come to mind for consumers when they think about “Can I trust my health plan?” We could definitely be doing better. Other areas where better measurement is needed are care for the frail elderly, where we are coming along. Care for people with physical disabilities. Then there is care for people with serious mental illness, where we have been doing a lot of good work. So work is being done, but we’re not there yet in terms of what’s available to people making choices.

Are health plans receptive to being evaluated by NCQA?

It’s less than voluntary, I would say. It’s in the health law for exchange plans (to be accredited by NCQA or another accrediting group) and has been driven by employers traditionally. Some state Medicaid programs require us, including Tennessee. Some plans really question whether it matters what (their) quality is. It does if you are the contracting entity and are limiting your offerings of providers to your members. You see narrow networks emerging and if they are chosen just based on price, that isn’t going to go well among consumers. There is an understanding among plans that there is a need for quality measures.

Are consumers using your information to choose health plans?

Consumers for years have been telling us “Can you make it simple?” When I take my car to my mechanic, I do not need to understand all the things that work under the hood, I just need to know it’s OK. In general, we need to be smarter in how we present the information to consumers and realize not everyone is going to use it. We spend lot of time asking “Should we only measure things that speak to consumers?” But if we bundle information, present it in a clear way and allow consumers to dive down for more information if they want to, then we get to where we want to go.

How much has NCQA’s work improved the quality of health care that Americans receive?

In the areas we have measured, you can point to real improvements. My main gripe now is what I see as contradictory strategies of high deductibles versus a delivery system reform promoting primary care. If you have to spend out of your own pocket $2,000 or $5,000 before you get to see your primary care physician (for free), many Americans don’t have that money. We are reforming the delivery system and then people can’t afford to see their primary care doctor. That makes no sense.

Has Obamacare pushed the campaign for quality?

It’s pushed quality a lot. The exchanges have quality measures and require accreditation, and there are lots of other things that have happened. Some things may be consequences of the Affordable Care Act that are not yet understood. As employers deal with the Cadillac tax (on expensive health policies), there is going to be a scaling back of coverage by employers, and I do not know if people will connect dots to ACA, but I think that is a concern.