They’re making progress!  Well, at least 28 of them and the District of Columbia are.

That was the main talking point from the White House this morning during a press briefing revolving around a report stating that 28 states are “on their way” to establishing new marketplaces, called exchanges, where consumers can begin to shop for health insurance starting in late 2013. The report outlines some of the actions taken in those states — run by Democrats and Republicans — to get started on the exchanges. 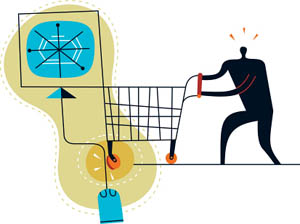 When asked if that meant 22 states would not be ready in time, an administration official noted that “it would be premature at this point” to draw that conclusion.

He added that regulators are reviewing another round of grant proposals that, if all are approved, could bring the total to “well over 30 states” that are on their way. A total of $729 million in grants have gone to 49 states and the District, with only Alaska not seeking any, according to a chart in the report.

The report comes as some states, including Wisconsin and Kansas, have either said they won’t use their grants or will give them back. Last week, South Dakota’s governor said there is too much uncertainty for the state to move ahead with an exchange until after it learns the results of the Supreme Court case challenging the law, and the outcome of the November Presidential election.

Will that be too late?

“If states decide after the Supreme Court decision, we will work with them to get them as far down the path as possible,” said the official, noting that a state initially could do a partnership with the federal government, if necessary, then get certified to run its exchange solo after that. Residents in states that can’t — or won’t — run their own exchanges will be directed to a federally facilitated fallback exchange.

Still, some policy experts have questioned whether the federal government will have its backup system up and running by the time enrollment is set to open in the fall of 2013. “We are making substantial progress of development of federal exchanges,” the official said Wednesday, including signing  contracts with private sector vendors to create the systems. He gave few additional details.

The federal exchange – like the state models – would be a one-stop website where individuals and small businesses could compare insurance policy offerings on price, coverage and quality.

Like many White House press briefings, this one was held under the condition that speakers not be identified by name, even though the report had already been issued and contained little or nothing controversial.