Zika, the mosquito-borne virus that triggered public health alarm bells last summer, has receded from the spotlight. But, experts say, expect the virus to pose a renewed threat this year.

How great of a threat? That’s where it gets tricky.

No locally acquired cases of the virus have been reported in the United States this year. But as public health agencies gear up for mosquito season, uncertainty remains around what resources states may need and whether they will receive adequate federal support. In addition, researchers still have questions about how the virus works and its long-term effects. These forces could complicate efforts to track outbreaks and provide accurate information about prevention and disease management.

“We still have much to learn. And much remains to be done,” Lyle Petersen, director of the Centers for Disease Control and Prevention’s Division of Vector-Borne Diseases, said last week at a House Energy and Commerce subcommittee hearing.

Zika, which can cause birth defects if contracted by pregnant women, is primarily transmitted by a mosquito more commonly found in southern areas of the country such as the Gulf Coast. Texas, Florida, Southern California and Louisiana were all deemed high-risk areas last year. It hit the Americas in 2015 and reached the United States via infected travelers.

Last year, 5,102 people in the United States were reported  with the disease — most contracted the virus while traveling in South and Central America. Sixty-four babies in the U.S. have been affected since the government began reporting outcomes last June. In rare cases, people who had not traveled abroad contracted Zika through a local mosquito or through sexual contact. Puerto Rico, a U.S. territory, had 34,963 cases in 2016.

Again this year, determining if areas are experiencing active Zika transmission will require active surveillance and testing — both of mosquitoes and of people potentially exposed. Most people who contract the virus don’t show visible symptoms.

“Should you begin universal screenings in communities that are at risk?” asked Jeff Engel, executive director of the Council of State and Territorial Epidemiologists, which represents the specialists working in public health departments. “That is a tough resource question and probably is not feasible.”

Last year, Congress appropriated $1.1 billion toward fighting Zika. That was split among research, overseas response and state public health efforts. In April, the CDC warned state officials those federal dollars were running out. They are projected to last through the end of this fiscal year, in September.

Meanwhile, the White House budget released Tuesday proposes establishing an emergency fund to finance responses to outbreaks like Zika. But it also calls for a $1.3 billion cut to the CDC and slashes $838 million from the National Institute of Allergy and Infectious Diseases, the agency behind vaccine development. So far, there has been little talk from Congress of approving extra funding.

“Funding from Congress has been critical for our response to Zika. However, additional support will be needed,” said Rick Bright, director of the federal Biomedical Advanced Research and Development Authority, a subsidiary of the U.S. Department of Health and Human Services, at the hearing.

Some advocates also warn an ongoing hiring freeze at HHS could limit the agency’s capacity to support a Zika response.

“Obviously we live in tough times when it comes to budget constraints,” said Tom Skinner, a CDC spokesman. “And we have to find creative ways to do the best we can with what we’re given.”

If those constraints thwart surveillance efforts this year, experts warned, it will make it harder to know precisely when Zika hits. That blind spot puts women of childbearing age — for whom the virus’ consequences are most dramatic — at greater risk. Reports highlight microcephaly as a significant consequence, but a burgeoning field of research suggests its impact on children may be broader, and may manifest years after a child is born.

“Without active surveillance — I’m worried we missed [many cases of] Zika last year and we’ll miss Zika this year,” said Peter Hotez, dean of the National School of Tropical Medicine at Baylor College of Medicine, in Houston. “If you’re a woman of reproductive age, living on the Gulf Coast of the United States, or Arizona or Southern California, and you’re pregnant or might be pregnant — you don’t really know if Zika’s in your area or not.”

Texas, which experienced six cases of local Zika transmission last year, has identified counties it deems most vulnerable. All pregnant women in those areas are advised to get Zika screenings as part of their routine prenatal care. The state works with the CDC to monitor how many pregnant women test positive and intends to monitor babies born to mothers who experienced infection.

But long-term follow-up will probably require more funding, noted Chris Van Deusen, a spokesman for Texas’ Department of State Health Services. And leveraging prenatal care to push Zika testing has its own shortcomings. Many women most at risk are low-income, Van Deusen noted, and therefore less likely to interact with the health care system, or get prenatal care. Those people won’t be tested or accounted for in the state’s Zika tracking efforts.

That, Hotez said, compromises authorities’ ability to discover Zika when it hits and then get the word out. “The only way we identify Zika outbreaks like [last year’s] in South Florida is through serendipity,” he said.

Testing is another concern. Current tests are unreliable in identifying Zika among patients previously infected with related viruses, such as dengue. 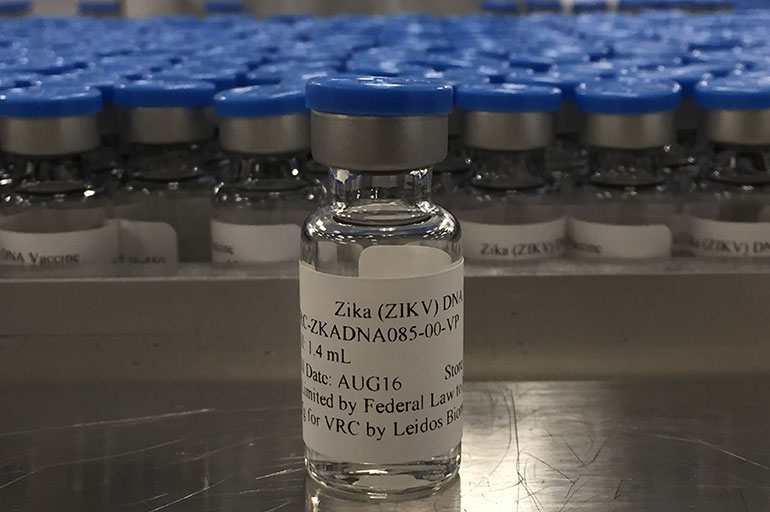 The surge translated to delays in determining if women had Zika. That could continue this year, since universal testing in affected areas is a burden that many of these labs don’t have the resources to meet.

If the virus spreads, Wroblewski said, “we may find a capacity gap.”

Many states also lack the infrastructure to adequately address an outbreak. Surveillance of mosquito-borne diseases is virtually nonexistent in many states, according to a 2014 report from the Council of State and Territorial Epidemiologists. Mosquito surveillance among states dropped from 96 percent in 2004 to 80 percent in 2012. In many areas, mosquito eradication has shrunk along with dwindling public health budgets.

“We need better mosquito control methods, we need better surveillance,” Petersen said at last week’s hearing. “We need to develop more of a nationally standard approach to vector control and laboratory testing. … This will require a sustained effort to rebuild infrastructure.”

The scarcity of resources is compounded by scientists’ limited knowledge of the virus.

Experts are “discovering new things every day,” particularly regarding how the virus plays out after birth, Engel said. Beyond an obvious condition like microcephaly — which results in an abnormally small head and brain impairment — it’s tough to say just how consequential the disease can be. Preliminary work suggests children without microcephaly whose mothers carried the virus may have developmental issues later in life. But the extent of those issues — and the odds they do in fact manifest — is unclear. And limited knowledge about how Zika interacts with similar viruses means available tests aren’t always accurate.

“Unfortunately, it’s the problem with these rapidly emerging diseases; you can’t get the research up quickly enough to get the best answers,” said Scott Weaver, director of the Institute for Human Infections and Immunity at the University of Texas Medical Branch in Galveston.

Because Zika’s long-term consequences remain murky, states are trying to keep tabs on children whose mothers tested positive. Beyond Texas, Louisiana is also tracking children for at least three years after birth, even if they don’t show obvious symptoms. But that assumes a surveillance system is robust enough to track all mothers who carried the virus. It also assumes sufficient resources to keep monitoring children. Those, experts said, are hardly guaranteed. And they still might not be enough.

“It’s going to take a generation of pediatric neurologists to study and sort this out,” Hotez said. “This is just the beginning.”

A New Zika Threat Hovers As Summer’s Mosquitoes Get Bzzzzy

By Shefali Luthra and Carmen Heredia Rodriguez May 30, 2017