SAN MATEO — Little surprises Lynda Sutherland, who has been a licensed vocational nurse for 35 years at San Mateo Medical Center. But in the past few years, Sutherland said, she’s been surprised by what’s missing: the patients who used to return again and again to the public hospital for the same ailments.

“They’re just not coming back,” she said.

Spurred by the Affordable Care Act (ACA), medical centers like this one have overhauled the way they deliver care in an effort to keep patients healthier and out of hospital beds. They have connected newly insured patients with primary care doctors in outpatient clinics, helped them manage chronic diseases and tried to reduce their reliance on emergency rooms for routine care.

Now, with President Donald Trump and congressional Republicans pledging to repeal Obamacare, such hospitals fear the gains they have made could be lost or diminished. In particular, they worry that if patients lose health insurance, their revenue will fall — to the detriment of the patients, the hospital staff and the community.

“It would be felt on a daily basis,” said Erin O’Malley, director of policy for America’s Essential Hospitals, a nationwide association of nearly 300 hospitals that serve low-income patients. “Our mission will not be changing, but the challenges will be mounting … especially if we have a ‘repeal’ without a comparable ‘replace.’ ”

The California Hospital Association sent a letter Feb. 8 to California’s congressional delegation on behalf of hundreds of hospitals and health systems, saying that repealing the Affordable Care Act without replacing it “would upend the financial stability of hospitals and their patients.”

The association wrote that it was particularly concerned about proposals that would reduce federal dollars for Medicaid, which was significantly expanded under the 2010 health law to include low-income childless adults. The association also expressed concern about dismantling the changes hospitals have made to promote the quality of care over the quantity. For instance, as a result of new financial penalties under Medicare, many hospitals invested in changes to ensure they weren’t readmitting patients too soon after discharge.

Although all hospitals would be affected if the health law were repealed, public and safety-net facilities such as San Mateo Medical Center would suffer more, said Gerald Kominski, director of the UCLA Center for Health Policy Research.

“The Affordable Care Act has certainly stabilized the financial situation of safety-net providers,” he said. “If we roll back the ACA completely and don’t have a replacement plan that specifically improves funding for safety-net providers, then those hospitals are going to become more vulnerable again.”

Across the nation, hospitals that serve the poor have raised similar concerns. A recent analysis by America’s Essential Hospitals showed that hospitals could lose more than $40 billion in funding from 2018 to 2026 if the law is repealed. 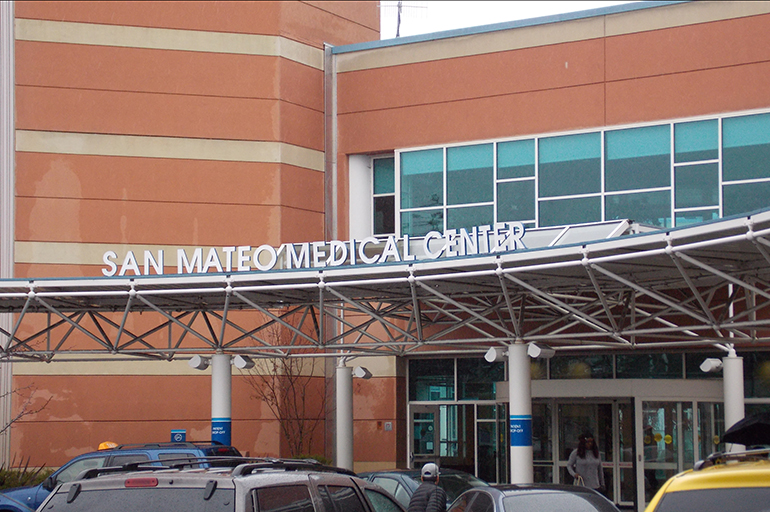 Over the past several years, safety-net hospitals like San Mateo Medical Center have worked to help patients better manage their chronic diseases and reduce their reliance on emergency rooms for routine care. Administrators worry if the Affordable Care Act is repealed, they will lose revenue and be unable to focus as much on prevention. (Anna Gorman/KHN)

Republicans have put forward several proposals that worry hospital administrators. Among them are Medicaid block grants, which could result in less funding for beneficiaries, and withdrawal of federal support for insurance exchanges.

About 72,000 patients are seen annually at the county-run San Mateo Medical Center, which includes the hospital and nine outpatient clinics. Before the health law took effect, 48 percent of patients were uninsured and 31 percent were on Medi-Cal, the state’s version of Medicaid. Now, 17 percent are uninsured and 57 percent have Medi-Cal.

“If Medicaid rolls back … not only does the revenue disappear, but then people will delay care, get sicker and then costs will go up,” said Chester Kunnappilly, CEO of the medical center.

The hospital and clinics receive $166 million annually in Medi-Cal revenue — which makes up about 60 percent of the total budget. At least $50 million would be at risk with a repeal of the ACA, Kunnappilly said.

“People will lose their jobs, and it becomes this vicious cycle,” he said. “How many people we can take care of continues to shrink because the teams get smaller.” 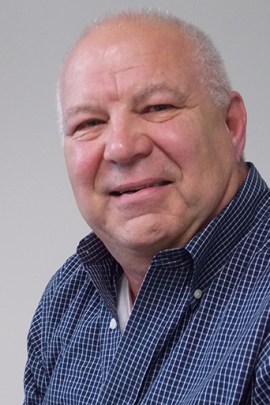 Michael Asip enrolled in expanded Medi-Cal under the Affordable Care Act before switching to Medicare when he turned 65 last year. Now, the San Mateo resident sees a cardiologist, a primary care doctor, a psychologist and an endocrinologist through the San Mateo Medical Center. “I’m the poster boy for the safety net,” he said. (Anna Gorman/KHN)

San Mateo Medical Center made numerous changes over the past few years to catch patients before they became seriously ill. For example, it created teams of outpatient providers — including pharmacists, medical assistants and social workers — to coordinate care. It began reminding patients when they needed to get mammograms and other preventive tests. They expanded substance abuse and mental health treatment, which was required to be covered under the law.

In addition, the medical center sent patients with urgent needs to “express care” so they wouldn’t have to go to the emergency room or wait to see their doctor. Hospital administrators changed the discharge process, sending some patients home with the medications they needed and even dispatching staff to visit others after release.

Dramatic changes were made by safety-net hospitals elsewhere in response to the ACA. In Los Angeles County, for example, a computer system was developed to the ensure less duplication of care and better monitoring of patients, and patients were assigned to clinics that served as their medical “homes.”

“The ACA provided the economic incentive to do what should have been done anyway,” said Mitch Katz, director of the Los Angeles County health department. “It won’t go back to the way it was done before.”

On a recent day at the San Mateo Medical Center, Marla Muniz, a 46-year-old waitress from San Mateo, came to a clinic at the medical center for a physical and treatment for worsening pain in her shoulders and arm. She has Medi-Cal now, because of the program’s expansion, after going years without health insurance.

“I am scared they are going to take away my Medi-Cal,” she said. “If I had a good job that paid well, it wouldn’t matter. But I don’t. And I have a lot of pain. I have more and more pain every day.”

Another patient, Michael Asip, was there to see one of his physicians. He’d enrolled in expanded Medi-Cal before turning 65, then switched to Medicare. Long uninsured, he had gone months without seeing a doctor even after a heart attack. Now, the San Mateo resident sees a cardiologist, a primary care doctor, a psychologist and an endocrinologist through the medical center.

Sumita Kalra, a physician at a primary care clinic, said she has seen numerous patients like Muniz and Asip who put off health care for years. When they finally got coverage through the ACA, some were diagnosed with diabetes, cancer and other serious diseases.

Now “we can catch those ticking time bombs before something worse happens,” Kalra said.

Louise Rogers, chief of the San Mateo County Health System, said that kind of change, fostered by the ACA, should not be reversed.

“We don’t want to see a turning back of the clock,” she said.

A Safety-Net Medical Center Wrestles With Specter Of ‘Repeal’