Rebecca and Bruce Austin in central Illinois have six kids — ranging in age from 4 to 22.

Five kids still live at home, and all of them came to the Austins through the foster care system. All told, they see 14 doctors.

Many states promise to provide health care to help foster and adoptive families keep kids healthy, but recently in Illinois, thousands of children temporarily lost coverage when the state switched their health plans. Some of Rebecca and Bruce’s children got caught in the coverage gap, which has the Austins wondering whether the state will fulfill its end of the bargain.

Three of the Austins’ children see psychiatrists. One has regular visits with specialists for epilepsy and other health conditions. Another has therapy four times a week for movement and speech delays.

“A typical day is pretty crazy,” Rebecca Austin said in an interview before the coronavirus shelter-in-place orders were issued. “I say I’m a stay-at-home mom, but with all the doctors’ appointments and therapies and appointments and stuff, I’m on the go all the time.”

Their lives are full and busy already, and Austin is concerned Illinois’ health plan change will make juggling health care even more of a challenge.

The Austins live in Windsor, a rural town about 25 miles from the nearest hospital in Charleston, Illinois.

Since February, the state has been moving all current and former foster children covered by Medicaid into health plans provided by private insurers that contract with the state.

It’s a change to what’s known as Medicaid managed care. The shift has many families like the Austins concerned, because the initial phase of the rollout was rocky and because it’s not clear whether familiar, nearby health care providers will be designated as in-network.

Most states already use managed-care companies to run their Medicaid health plans, which means state agencies pay insurance companies to provide health care to people in the Medicaid program.

Proponents of the managed-care model say it can lower costs while increasing access to care.

States that switch to managed care often find their budgets become more predictable, because they no longer pay providers for each service. Instead, they pay insurers a set amount per enrollee for all health care needs.

But Michael Sparer, a health policy professor at Columbia University in New York City, said evidence is both limited and mixed as to whether managed care lowers costs and increases access to care. Success depends on whether states hold insurers to their promises to maintain an adequate provider network, he said.

“Network adequacy refers to a health plan’s ability to deliver the benefits promised by providing reasonable access to enough in-network primary care and specialty physicians, and all health care services included under the terms of the contract,” according to the National Association of Insurance Commissioners.

Sparer said success with Medicaid managed care also hinges on whether states “have the ability and have the oversight that’s required to make sure that the program works effectively.”

In recent years, Illinois switched most of the state’s Medicaid enrollees into managed care. Former foster children moved onto those plans on Feb. 1, and current foster children are set to eventually join them. The switch was initially planned for April 1, but the state has postponed the move for at least 30 days, citing the COVID-19 pandemic.

Some child advocates question whether the move is in the children’s best interests.

Many foster children have serious physical and mental health needs, and the switch could disrupt long-standing relationships with therapists and other providers, critics of managed care argue.

For thousands of families like the Austins, this means figuring out whether their children’s providers will still be in-network or whether they’ll have to use new doctors, who might be farther from home.

Austin said her family found a managed-care plan that allowed them to keep most of their children’s providers. But when the February switch was finalized, the Austin children were among the 2,500 former foster kids whose health coverage was interrupted. 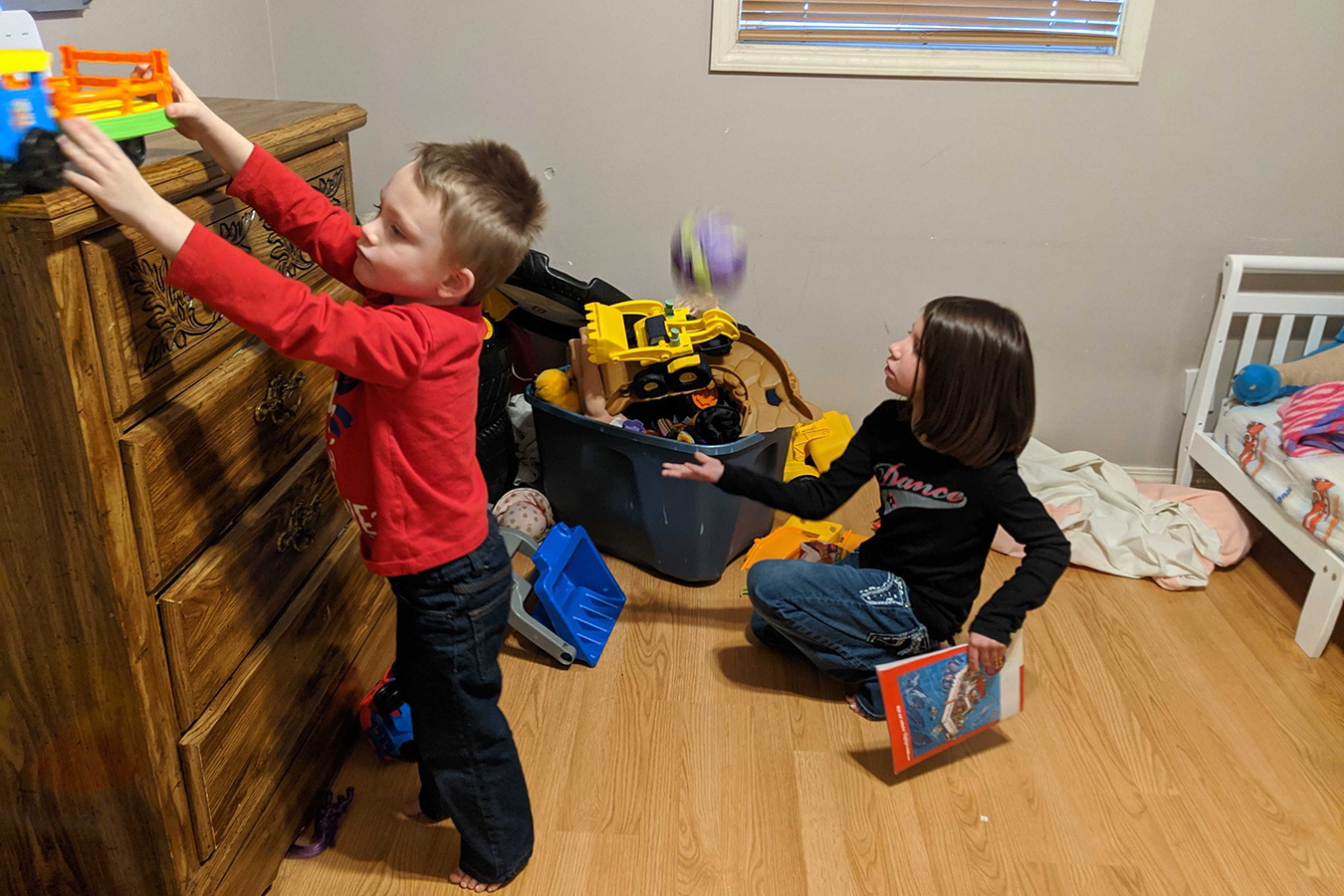 The “end date” for her kids’ coverage had been incorrectly listed in the computer system as Jan. 31 — one day prior to the coverage start date, Feb. 1, Rebecca said. This effectively left them without insurance. State officials blamed a glitch in the system for the error.

John Hoffman, a spokesman for the Illinois Department of Healthcare and Family Services, said in a statement that the agency worked with managed-care organizations “immediately to correct the error, resolving it within days.”

For the Austins, the error meant they had to cancel appointments and had problems getting prescriptions filled.

Phone calls to pharmacies and insurers were onerous, she said, but she ultimately resolved the issue. Still, the Austins’ youngest, 4-year-old Camdyn, missed two weeks of therapy sessions, while they waited for the new insurer to approve them. Austin worries these delays will slow his progress.

Heidi Dalenberg is an attorney with the ACLU of Illinois, which serves as a watchdog for the state’s child welfare agency. She said managed care can be beneficial, helping ensure all kids get regular well-checks and prevent doctors from overtreating or overmedicating children.

But those benefits will be realized only if the state has prepared for the transition and holds insurance companies to their contract requirements, she said. That includes ensuring managed-care organizations, or MCOs, have appropriate provider networks so children have access to doctors close to home.

“When it doesn’t work is when you have an MCO that is more worried about cutting costs and denying approvals for care than they are in making sure that kids get what they need,” Dalenberg said.

Hoffman, the state DHS spokesman, said the switch to managed care, provided by the insurer YouthCare Illinois, will help improve health care for current and former foster children by coordinating and providing services.

“Right now, when a family needs a provider for their child, they’re left to navigate a complex system alone,” Hoffman said in a statement. “With YouthCare, families have a personal care coordinator who helps manage their overall care, researches providers and schedules appointments.”

He said the problems caused by February’s glitch have been resolved and will not resurface when 17,000 current foster children eventually get switched into managed-care plans as well.

“She has established a relationship with that counselor. She’s been going there for almost two years and now we have to start all over again,” Austin said. “And that’s trauma. That’s a huge trauma.”

Illinois said even providers that are not in-network when the switch goes into effect can be paid for services during a six-month “continuity of care” period, and insurers will try to expand their networks during that time.

The Austins are trying to be optimistic, but the state’s track record doesn’t give them much assurance.