When it comes to coverage of abortion services in plans sold on the health insurance marketplaces, opponents and supporters of abortion rights are in complete agreement on one thing: Coverage details need to be clearer. 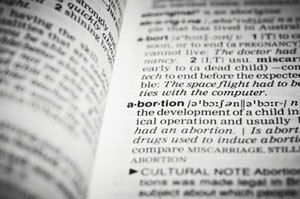 A recent analysis by the Guttmacher Institute, a reproductive health research and policy organization that supports abortion rights, found that consumers would be hard pressed in some states to find any information about whether the plans they were interested in covered these services.

Abortion coverage was one of the key sticking points during the congressional debate on the health law but lawmakers eventually agreed to allow states to decide whether their marketplace plans could provide coverage for it.

At this time, 26 states and the District of Columbia allow coverage of abortion in marketplace plans; 24 states do not, although many of them generally make exceptions in cases of rape, incest or if the mother’s life is in danger, mirroring the exemptions for federally subsidized health care, such as Medicaid.

Guttmacher researchers looked online at coverage descriptions in 12 states that permit marketplace plans to cover abortion services. They focused on the “summary of benefits and coverage” overview, or SBC, that all plans must provide under the law and clicked through to other coverage details if available, just as consumers might do. They found that some plans in only four states noted clearly that abortion services were covered, while in six states researchers were able to identify at least one plan that did not cover abortion.

The federal government runs the online marketplace in 22 of the states that restrict or prohibit coverage for abortion. Although Guttmacher researchers didn’t for the most part examine individual plan documents in those states, they looked for but couldn’t find a general statement on the federal exchange or the exchanges of the two remaining states explaining that abortion services in exchange plans sold in those states were generally unavailable.

No one is happy with the lack of information.

“Abortion should be considered basic health care and consumers should know whether it’s covered or not,” says Kinsey Hasstedt, a public policy associate at Guttmacher who authored the analysis.

Abortion opponents are also frustrated. “The people we communicate with are looking for it,” says Chuck Donovan, president of the anti-abortion Charlotte Lozier Institute, who has written about the lack of abortion coverage information on the exchanges. “We’re hearing complaints about it.”

In 2011, the abortion rate declined to 17 abortions per 1,000 women aged 15 to 44, its lowest rate since 1973, Guttmacher researchers reported last month. Still, 30 percent of women will have an abortion by the time they reach age 45.

Both sides agree that the logical place to include abortion coverage information is in the SBC that all plans must provide under the law. The summaries allow consumers to make apples-to-apples comparisons of health plan coverage and costs.   Under the health law, plans that cover abortion beyond cases of rape, incest and life endangerment are supposed to disclose that information in the SBC.

But the template that the federal government gave to insurers to use in developing their SBCs didn’t include it.

“It’s not in the template, and plans are just following that,” says Gretchen Borchelt, senior counsel at the National Women’s Law Center. “I think it’s a lack of awareness on their part, a lack of familiarity with what should be included.”

The Department of Health and Human Services did not respond to requests for comment.

An added wrinkle that complicates this coverage in the health insurance marketplaces is that if an insurer covers abortion beyond cases of rape, incest or life endangerment, it’s required to segregate the portion of the premium that pays for abortion services from the remaining premium amount. That ensures that no federal subsidies for premium tax credits or cost-sharing reductions are used for abortion services. Advocates disagree whether plans must collect two separate premium checks from consumers up front, the option favored by abortion opponents, or whether insurers can collect a single check and segregate the funds on the back end, favored by supporters of abortion rights.

At this time, advocates on both sides say they believe many insurers that cover abortion services are collecting a single premium check from consumers.

Just how many insurers that sell plans on the exchanges including abortion services is unclear. And even in the employer market, where it is fairly routine, detailed information about abortion coverage may not be any more readily accessible than it is on the marketplaces, advocates agree.

“In the past, abortion information wasn’t common, partly because it was just covered as part of regular health care,” says Borchelt.

For now, whether someone wants to ensure that their marketplace plan covers abortion or restricts that coverage, the only solution may be to call the insurer directly.