For more than two years, physician assistant Dawn Hofberg fought to bring access to abortions back to California’s Mendocino Coast, a picturesque stretch of shoreline about three hours north of San Francisco and 90 minutes from the nearest facility offering abortions.

Hofberg enlisted help from local health care providers and the American Civil Liberties Union, which sent letters to the Mendocino Coast Health Care District that operates the hospital in Fort Bragg and other medical services. The letters noted that the state constitution requires public hospitals to offer abortions if they offer other pregnancy-related care.

But Hofberg and others worry that the community’s newly won abortion access could be in peril. With a net loss of $1.2 million in the 2018 fiscal year alone, the district says its only shot at survival is to lease its operations to Adventist Health, a Roseville, California-based system affiliated with the Seventh-day Adventist Church, which opposes most abortions. 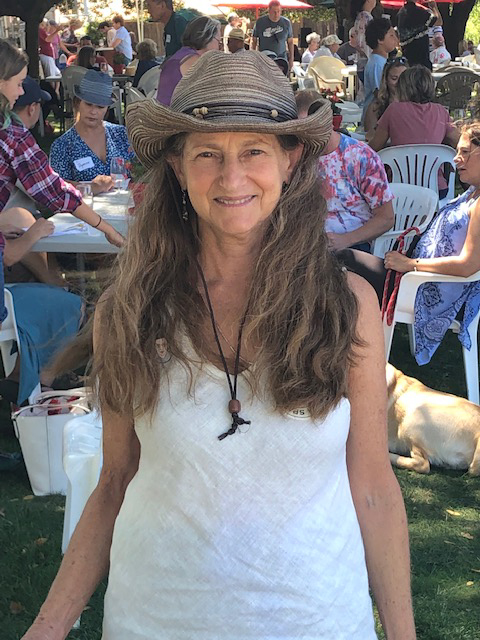 Dawn Hofberg, a physician assistant in Fort Bragg, California, turned to other local health care providers and the American Civil Liberties Union to help persuade the local hospital to make abortions available to some patients in her community. (Courtesy of Dawn Hofberg)

Voters will decide whether to approve the 30-year lease agreement on March 3.

Adventist officials said that despite their religious teachings that abortions should be limited to cases of life- or health-threatening pregnancies, rape, incest or severe fetal anomalies, they will not restrict the use of medication abortions at the clinic.

“We don’t control our physician practices in the way some others do and we don’t put constraints around what they can and can’t prescribe,” said Bob Beehler, an Adventist Health mergers and acquisitions executive.

Beehler said the introduction of abortion-inducing pills had changed the system’s approach to abortions. “Our historical position has been based on the way they used to be done, in a hospital.”

But abortion-rights supporters still fear what could be coming.

“Obviously, we do have a lot of concerns about Adventist’s position with respect to restricting abortion access in its facilities, and so we’re going to keep a close eye on the situation,” said Phyllida Burlingame, director of reproductive justice and gender equity for the ACLU of Northern California.

Burlingame said the deal also raises broader concerns about the spread of religious health systems that restrict care. “Not only are they taking over the private marketplace, but now they’re even spreading into these public spheres,” Burlingame said.

Similar objections from the ACLU and staff at the University of California-San Francisco last year scuttled a proposed affiliation between UCSF Medical Center and Dignity Health, a Catholic-affiliated system that restricts reproductive and transition-related care for transgender patients.

The expansion of religious systems can leave leaders of struggling hospitals with few choices when they seek to affiliate. Of the five systems to which the Mendocino hospital district issued its request for proposals last year, three were faith-based. Two responded, and Adventist was the only one that met the community’s needs, according to the district board’s treasurer, John Redding.

Nationwide, four of the largest 10 health systems and 1 in 6 acute care hospital beds are Catholic-owned or -affiliated. Seventh-day Adventists are Protestant Christian, and Adventist-affiliated systems run 87 hospitals and more than 300 other facilities in the United States, according to the Adventist Health Policy Association.

As these systems have grown, rural health care districts across California are struggling with waning patient volume and a lack of leverage to negotiate with insurers, said Sherreta Lane, senior vice president of finance policy at the District Hospital Leadership Forum, a trade association that represents all the state’s district and municipal hospitals. Many of these hospitals have closed or affiliated with private systems.

When the forum launched a decade ago, 45 districts or municipalities ran hospitals; now 35 do, Lane said.

While Catholic-affiliated systems like Dignity have received greater scrutiny for policies that restrict access to abortion, contraception, sterilization and end-of-life care, the impact of Adventist teachings on church-affiliated health systems is less known. In October, the Seventh-day Adventist Church raised concerns among reproductive health care advocates when it approved a statement saying it “considers abortion out of harmony with God’s plan for human life.”

Officials said at the time that they would develop updated protocols for church-affiliated health care institutions, where, they emphasized, few abortions are performed.

Adventist Health spokesperson Jill Kinney said in an emailed statement that the hospital system’s usual practice “is not to provide elective abortions, but we respect that patients may wish to have them.” If that’s the case, she added, “clinicians help coordinate referral and transfer to capable facilities without prejudice.”

In a response to detailed questions from California Attorney General Xavier Becerra before his office approved the system’s takeover of Delano Regional Medical Center in November, Adventist Health said it bans “elective abortions” but allows the procedure “for fetal distress and other medical reasons.” It added: “Medical abortions are performed in Adventist Health facilities,” without providing details.

In 2014, Adventist Health purchased a clinic in Fort Bragg where Dr. Eric Gutnick and his colleagues had provided reproductive health services since the 1970s. Under a contract with Adventist, Gutnick continued to see abortion patients for preoperative care in the clinic and performed surgical abortions at the Mendocino Coast District Hospital, until he retired later that year.

The Seventh-day Adventist Church’s teachings can influence other issues, too. It has opposed what it calls “transgenderism,” stating that gender identity “is determined by our biological sex at birth,” and has called homosexuality “a manifestation of the disturbance and brokenness in human inclinations and relations caused by the entrance of sin into the world.”

Arneta Rogers, an attorney for the ACLU of Northern California, voiced concern about these beliefs. “It’s not about shutting down religious entities; we just don’t want people to be discriminated against,” Rogers said in an interview.

Jason Wells, president of the Adventist Health hospitals in Ukiah and Willits, said the system cherishes diversity and its LGBTQ employees. In its statement to the attorney general, Adventist said some of its physicians provide hormones for transgender patients but none of its facilities offer “gender reconstruction surgery.”

In a statement provided by Kinney, Adventist Health said that it “strives to be free from biases related to gender identity” but that its hospitals “are not currently equipped to offer the complex, comprehensive programmatic approach necessary to provide gender reassignment treatments and surgeries.”

For many in the Mendocino community, uncertainty over the hospital’s finances has overshadowed concerns about Adventist Health’s religious affiliation as residents prepare for the vote next month. “If the affiliation doesn’t go through, I don’t know how we’ll stay in business,” said Karen Arnold, secretary of the district board.

Redding said lease payments from Adventist would allow the district to afford the estimated $24 million needed to finance upgrades required by the state to protect against catastrophic earthquake damage to its facilities.

“I wasn’t sure how we were going to do this, and now I feel that we’ve secured the future of a hospital here on the coast,” Redding said.