Accountable care organizations (ACOs) may actually be the unicorns we’ve been waiting for, spreading their cost-saving magic throughout the health system. 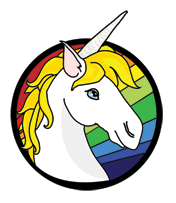 An early cost-sharing program in Massachusetts designed to cut costs for private Blue Cross Blue Shield patients also lowered costs for Medicare patients who were seen by the same providers, according to a study published Tuesday in the Journal of the American Medical Association.

An ACO is a network of doctors and hospitals that shares responsibility for providing care to a specific group of patients. The idea is to pay the providers for the quality of the services they provide, rather than the volume – in other words, to veer away from the fee-for-service system. The ACO is offered a bonus for giving patients high quality care at a reduced cost. But if they fail to hit certain quality targets or do not manage to reduce the cost of care, they will be paid less.

There are already more than 428 ACOs in the US, serving an estimated 14 percent of the population, including both Medicare and private-insurance patients.

But usually only a portion of patients in a health system are actually in the ACO—the rest of the patients served by a network remain in the regular old fee-for-service system.  Still, researchers at the Harvard Medical School say there appears to be a “spillover savings” for other patients in the health system.

Within two years, providers in the private BCBS Alternative Quality Contract,  an ACO-like effort also achieved a significant savings (more than 3 percent) for the Medicare patients they saw, relative to a control group of Medicare patients seen by providers at other Massachusetts hospitals. The average savings in outpatient care was $73 per patient, and “included significant differential changes in spending on office visits, emergency department visits, minor procedures, imaging, and laboratory tests.”

“The spillover savings in Medicare that we found suggest that at least some of the interventions providers adopted in response to the AQC [the private BCBS Alternative Quality Contract] changed the way care was delivered for all patients,” assistant professor J. Michael McWilliams, said in a press release.

The quality of the care for the Medicare patients in the study group, however, did not seem to have changed significantly, while it did for the private patients.

Researchers noted several possible strategies adopted by the AQCs that could have also affected Medicare beneficiaries, including rewarding doctors for efficient practices, shifting care away from expensive outpatient facilities and redesigning care to eliminate waste.

The good news is that the findings “suggest that provider groups are willing – and able – to make systemic changes that result in higher-value care for patients across the board.” And that means they’ll likely be willing to enter into similar contracts with additional insurers, which could mean a rapid transition to coordinated care throughout the system.

But there may be a downside for insurers backing an ACO: their competitors may get the spillover benefits of hard-earned efficiency. Other insurers operating in the same hospital could become “free-riders” that can offer lower premiums without incurring the costs of managing an ACO.