Accountable care organizations are saving some money, though what exactly that means is still unclear. 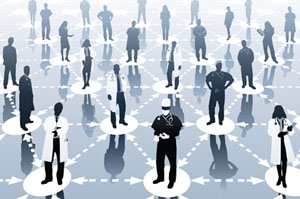 The Centers for Medicare and Medicaid Services announced Thursday that overall, provider groups involved in Medicare ACO programs saved a total of $380 million in the first year. Sounds like a lot of money, but CMS declined to explain which hospitals were winners and which were losers, how it compared to expectations and how much the participants invested in coordinating care. Also missing is the scale of the savings; CMS did not provide the context of total spending by the ACOs.

“If these results and savings continue, this will be a phenomenal success story for the Medicare program,” said Jon Blum, principal deputy administrator at CMS.

Of the 114 Shared Savings Program ACOs in the first year, 54 had lower spending than projected. But just 29 generated enough savings to qualify to keep some of it, which totaled $126 million for the provider networks and an additional $128 million for the Medicare Trust Fund.

The Pioneer ACOs, high-performing organizations which take greater risks, were measured separately. Of the 23 Pioneer ACOs in the program, nine had significantly lower spending growth and also did well on their quality measurements. The Pioneer program generated a total of $147 million in gross savings.

Those numbers add up to $401 million, not $380 million, but CMS did not explain the discrepancy. It’s also unclear whether the savings figures factored in any losses from some of the ACOs that did not do well. And the agency did not release information about which ACOs saved money and which did not.

So what exactly do today’s numbers tell us?  “Well, some number of ACOs were able to save some money in the first year. And it’s not a lot of money compared to overall spending, but it’s a start,” says Chas Roades, chief research officer at The Advisory Board Company consulting firm. “I don’t think anyone expected huge savings in the first year. So it’s a start.”

There are already 360 ACOs within the Medicare program serving about 5.3 million beneficiaries (about 12 to 13 percent of all people with Medicare). The number of ACOs has been growing by about 100 organizations each year. But David Muhlestein of consulting firm Leavitt Partners says more recent additions to the program have mostly been very small physician groups rather than large hospital systems.

For provider networks still considering whether or not to become an ACO (which Muhlestein calls “ACOs-in-waiting”), today’s news is actually “a net negative.” That’s because the savings, when averaged over the approximately 1.6 million lives covered by those ACOs, were only about $80 per person for the year, or a little less than 1 percent of spending.

“It’s not insignificant, but it’s not what you’d consider a huge success,” says Muhlestein. He adds that it’s unclear whether the savings covered the cost of the ACOs’ initial investment in information technology, nurse care coordinators, and any other upfront costs to become an ACO.

That gives the ACOs-in-waiting little incentive to become an ACO right away, he says. Instead, they’re more likely to sit on the sidelines for another year or so to find out what works and what doesn’t. “They’re on the diving board and watching, and this isn’t going to convince them to jump any sooner,” he says.

Montefiore Medical System in the Bronx saved Medicare a total of $24 million in the first year, of which it kept $14 million, according to Steve Rosenthal, vice president of network management at Montefiore, which is part of the Pioneer program.  The system spent 7.2 percent less than its benchmark in the first year, or about $100 per Medicare beneficiary per month. That’s the best of any ACO in the Medicare programs, Rosenthal adds.

As an example of success, he offers the case of a patient named John who drives a cab in the Bronx for 12-hour shifts, six days a week. Before he came to Montefiore, John was an out-of-control diabetic who had visited the emergency room 42 times in a single year, mostly because it was difficult for him to make it to doctor’s appointments.  Montefiore set him up with a diabetes control manager who helped him monitor blood sugar levels, take meds and eat healthier. Within the first year of the program, John made only one visit to the emergency room.

Montefiore was already well into the world of coordinating care by the time it joined the Pioneer program in 2011. “The secret sauce is about 17 years in experience of managing population health,” Rosenthal said. “We were an ACO before there was a term for it. And what we’ve learned over those years is there are no magic bullets.”

Instead, he says success comes down to a careful analysis of clinical data, claims, and helping physicians manage the most complicated patients.

ACOs Saving Some Money, But Medicare Is Short On Details