The Obama administration is late in implementing several provisions of the federal health overhaul intended to improve access to care and lower costs. 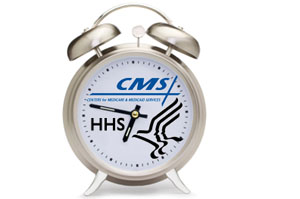 The programs, slated to take effect Jan. 1, were supposed to increase fees to primary care doctors who treat Medicaid patients, give states more federal funding if they eliminate Medicaid co-pays for preventive services and experiment with changes to how doctors and hospitals are paid by Medicare.

The administration also has delayed giving states guidance on a new coverage option known as the “basic health program,” designed to help low and moderate-income people who don’t qualify for Medicaid.  At least one state –Washington — has already decided to not implement the program in 2014 because it won’t have enough time. Washington, along with Minnesota and New York, are keenly affected by the federal inaction because they already have government subsidized programs to help cover such residents which expire at the end of this year. As a result, tens of thousands of people who now have coverage but who won’t qualify for expanded Medicaid could see their coverage become unaffordable next year.

Some of these deadlines appear to have slipped as the administration focuses on carrying out two of the biggest provisions in the health law designed to expand coverage to as many as 30 million people:  On Oct. 1, the federal government must have in place new online marketplaces that will offer government-subsidized individual and small group coverage in every state. Coverage in these marketplaces starts Jan. 1, 2014, when many states are also expected to expand their Medicaid programs for the poor.

Dr. Kavita Patel, a former health policy aide to President Barack Obama, said some delays are inevitable given staff turnover after the November election and the focus on emergencies such as Hurricane Sandy. “I am still impressed with the rate that they are going given all that is going on,” said Patel, now a fellow at the Brookings Institution.

But the delays are already affecting some of the programs that states and their neediest residents had banked on.

Most states, including Texas, Florida and California, have not started offering the higher pay rates to primary care doctors who see Medicaid patients because the administration did not issue the rules until November and state officials said they didn’t have time to carry out the change. While Medicaid fees vary by state, they are generally far below those paid by Medicare and private plans. The change means an average 73 percent average pay increase nationally, according to a 2012 study by the Kaiser Family Foundation (Kaiser Health News is an editorially independent program of the foundation.)

The Centers for Medicare and Medicaid Services (CMS) said doctors will be able to get the higher fees retroactively to Jan. 1, when states do implement the provision.

The administration has also lagged on paying states a 1 percentage point higher Medicaid matching rate if they eliminate requirements for co-pays for immunizations and other preventive services. About half the states charge people on Medicaid nominal co-payments for such services, which could be a barrier to care. Guidance on how to qualify for the payments was published Feb. 1.

The federal government splits the cost of Medicaid with states, with the percent of funding varying by the wealth of each state. Every state receives at least a 50 percent match. The 1 percentage point increase would mean an extra $74 million in federal funding in Washington, said MaryAnne Lindeblad, director of the Washington State Health Care Authority, which runs the Medicaid program.

“In the great scheme of things, every little bit helps,” she said.

It is unclear when the payments will begin to states that qualify because the administration has not issued the regulations.

The health law was also supposed to give states the option to set up a basic health program  that would offer lower cost-sharing for people who make too much to qualify for Medicaid, but who would be hard pressed — even with new federal subsidies — to afford the premiums and cost-sharing of plans offered in the new markets.  The law allows states to use federal dollars that would have gone to subsidies to pay instead for coverage for residents who earn up to twice the federal poverty level, or about $47,000 for a family of four.

Washington, Minnesota and New York are scheduled to end their programs later this year because it was assumed beneficiaries would get coverage through the health law. Massachusetts’ program will expire in June.

Another advantage of the basic health program is that people won’t have to worry about paying the government back if their incomes increase during the year in which they are enrolled, while people getting subsidies could face that prospect, Lindeblad said.

Washington hopes to offer the program in 2015, she said.

An HHS spokesman said rules for the basic health program should be coming soon and offered no reason for the delay.

Lucinda Jesson, commissioner of the Minnesota Department of Human Services, said the basic health program is vital for states like Minnesota that were ahead of the federal government in expanding coverage.  More than 90,000 people might have to go from MinnesotaCare into the more high cost coverage in exchanges if the state can’t establish a basic health program in time for 2014, Jesson said.

“We don’t want to have people worse off because of the Affordable Care Act — that is not what Congress intended.”

Early Thursday afternoon, meanwhile, administration officials announced the start of the pilot program to change how doctors and hospitals are paid. Under the “bundled payments” initiative, participants in more than 500 provider organizations will be paid for “episodes of care,” instead of separately for individual services. Such payments are seen as a way to encourage hospitals and doctors to work together to hold down costs and improve care.

“The objective of this initiative is to improve the quality of health care delivery for Medicare beneficiaries, while reducing program expenditures, by aligning the financial incentives of all providers,” said Acting CMS Administrator Marilyn Tavenner.