Joan Sivley believes that health information technology could have helped her son Dan from unnecessary suffering as he struggled for eight years to get an accurate diagnosis of schizo-affective disorder. During that time, he shuffled through various psychiatric hospitals and residential centers, paying as much as $30,000 a month out of pocket, only to receive conflicting diagnoses and a myriad of medications. 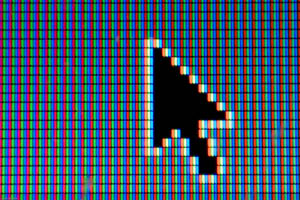 The Nashville, Tenn., mother joined other advocates at a briefing for congressional staff on Capitol Hill Wednesday to push to have mental and behavioral health providers receive the same incentives to move to electronic health records that the federal government is offering to other doctors and hospitals dealing with physical ailments. She noted the importance of having providers take an in-depth family medical history and talk to each other about past treatment plans, adding, “Each provider acted as though it was an island.”

Mental health advocates emphasized that federal funds are important to help behavioral health therapists, doctors and hospitals cover the costs of moving to digital systems. They urged members of Congress to support a bill that seeks to expand those federal incentives to behavioral and mental health professionals, psychiatric hospitals, mental health treatment and facilities and substance abuse treatment facilities. The legislation was originally introduced in Congress last year and re-introduced by Sen. Sheldon Whitehouse, D-R.I., this month.

“It’s a very straightforward policy argument that if the goal here of an operable health IT system is to allow different physicians and medical professionals who share patients to be able to communicate with each other, to have better health outcomes and reduce spending, and if behavioral health providers are not part of that, that most fundamental goal is unachievable,” said Chuck Ingoglia, vice president for public policy at the National Council, a mental health advocacy group.

Mental and behavioral health providers were excluded from federal incentives to encourage the use of digital medical records and other technology in the 2009 federal stimulus package because of last minute budget wrangling. Other providers also excluded include rehabilitation and long-term care hospitals.

During the briefing, speakers highlighted the prevalence of concurrent physical and mental conditions. They said that making their records electronic would help decrease medical errors and promote better care coordination and overall health. The National Council noted that almost 40 percent of people with mental health problems initially seek care in primary care settings and that people with behavioral health conditions served by public mental health agencies die 25 years sooner than other patients because of a high incidence of chronic disease including cancer, heart disease, diabetes and asthma.

Rep. Tim Murphy, R-Pa., spoke about the potential for cost savings as a major selling point in the current financial and political climate.

A study by Avalere Health, presented as part of the briefing materials, found that adding incentives for mental health providers would create more than $1.7 billion in offsetting budget savings over 10 years by avoiding adverse drug-to-drug interactions, emergency room visits and hospital admissions.