Spouses who file their taxes separately, sometimes because of domestic violence or abandonment, often can’t get government subsidies to purchase health insurance — and advocates say the Obama administration hasn’t done enough to help them.

With the March 31 sign-up deadline approaching, advocates are urging the administration to give domestic violence victims more time to sign up and to make it easier for them to get tax credits even if they don’t file a joint tax return. 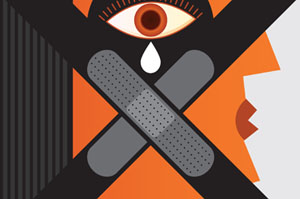 Married victims of domestic abuse are often poor and uninsured because their income has fallen after a marital split. Tax rules requiring them to file jointly with a spouse to qualify for insurance subsidies can put them in jeopardy, however, forcing them to choose between a benefit they need and the potential risk of contacting an abusive spouse, or even reconciling with them, simply to file a joint return, advocates say. Some spouses also fear retribution if they file for divorce.

“We had a person who was estranged from their spouse, but had not divorced because the partner said if they filed, they would seek custody of the children,” said insurance counselor Emily Brostek, who works in Maine. “Others have said because of a history of abuse, they were hesitant to reach out.”

A new deadline and exception would cover those who can’t get divorced or file jointly because they were abandoned or were “survivors of domestic violence, where it might be inadvisable to file jointly,” said Dania Palanker, senior counsel for the National Women’s Law Center.

Palanker and others say they have spent more than a year urging the IRS and the Department of Health and Human Services to make accommodations for such people, noting that the administration has created a way for victims of domestic violence to be exempted from the requirement to carry insurance or face a fine.

“They can use that same process to figure out who is a victim and who should be treated differently for purposes of getting the advanced tax credits,” said Brian Haile, senior vice president for health policy at tax firm Jackson Hewitt.

Representatives from the IRS and the Health and Human Services department did not respond to questions.

Under the law, tax credits to help people purchase coverage are available to those who earn between 100 percent and 400 percent of the federal poverty level, about $11,500 to $45,960 for an individual. Those credits can be claimed in advance and put toward monthly premium costs, or taken as a refund when taxes are filed.

But rules issued by the Treasury Department in May 2012 did not provide an allowance for married taxpayers to claim the premium tax credit on separate returns. Other tax benefits available to lower income Americans, such as the earned income tax credit, are also unavailable to married couples filing separately.

The IRS noted the potential problem for some filers and asked for comments, saying it intended “to propose additional regulations regarding eligibility for the premium tax credit to address circumstances in which domestic abuse, abandonment, or similar circumstances create obstacles to the ability of taxpayers to file joint returns.” No regulations have been issued since then, Palanker said, but she remains optimistic that something will be done before the March 31 deadline.

Sen. Mark Begich (D-Alaska) said he will introduce legislation if the IRS doesn’t act on its own. In January, Begich wrote top administration officials urging them to “swiftly implement policies allowing victims of domestic abuse to access the level of tax credits they deserve.”

Haile said the IRS recently updated its website to say that some married people could qualify to file separately as heads of household, which would allow them to get tax credits. But to do that, they must have a dependent child and their spouse must have been out of their home for the last six months of the tax year.

While helpful, Haile said the head of household status falls short because it doesn’t cover all victims of domestic violence, some of whom may have more recently fled their homes or do not have children.

Also, he notes, the federal website where people apply for coverage and subsidies asks only if the applicant is filing jointly or separately. There is no option for filing as a head of household.

“The HHS assumes you will know you are to answer the question, ‘I am unmarried for tax purposes,’ but that’s not on there either,” said Haile.

There are no readily available statistics on how many married domestic violence survivors or abandoned spouses file separately. All told about 2.6 million married-filing-separately returns were received in 2011, out of about 145 million tax returns filed nationally, according to IRS data.  A Centers for Disease Control and Prevention survey from 2010 found that 2.7 percent of women and 2 percent of men reported severe physical violence from a partner with the previous 12 months.