It’s been more than 20 years since passage of the landmark Family and Medical Leave Act, which allows workers to take up to 12 weeks of unpaid time for medical or family reasons without losing their jobs. Some advocates and politicians say it’s time to plug a big hole in the law by requiring that workers get paid while they’re on leave.

But the measure faces stiff opposition from some small business groups that argue that would be too expensive and an unnecessary government intrusion. 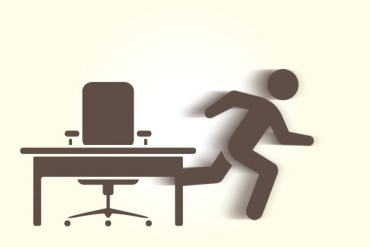 Saying the reality for many families is that both parents must work, President Barack Obama has pushed for paid family leave, calling it an “economic necessity” in his January State of the Union address. He proposed $2.2 billion in next year’s budget to help five states get paid leave programs up and running, and an additional $35 million for states to conduct planning and start-up activities.

Meanwhile, Democrats have reintroduced the Family and Medical Insurance Leave Act that would create a national paid leave program that would cover two-thirds of people’s wages for up to 60 days annually. With Republicans in control of Congress, however, there’s little chance it will pass.

Supporters say that many workers cannot afford to take unpaid leave and others aren’t eligible because they work for small employers. The law allows workers to take time off to care for a newborn or adopted child, or if they or a family member has a serious health condition. But it doesn’t apply to companies with fewer than 50 workers, and workers have to have worked for at least a year and logged at least 1,250 hours in the previous year to qualify for the benefit.

Only 13 percent of workers had access to paid family leave in 2013, according to the Department of Labor’s 2014 national compensation survey. Meanwhile, 59 percent were eligible for unpaid leave in 2012, according to DOL.

Three of them — California, New Jersey and Rhode Island – fund the programs entirely by withholding employees’ wages. The programs are administered by states’ unemployment insurance agencies in conjunction with temporary disability insurance programs, according to human resources consultant Mercer. (Washington state has a paid leave program on the books but it has not been implemented because legislators haven’t approved funds.)

Rhode Island protects workers’ jobs if they take family leave, while the other two state programs do not. The federal law offers job protection for those working for large employers, but does not help those at small firms although other state laws may offer some protection.

California’s program is well established after more than a decade. It allows workers up to six weeks of leave annually at 55 percent of their weekly pay, up to a cap of $1,104 weekly in 2015.

When her children, now aged 5 and 2, were born, Allison Guevara took paid time off each time from her half-time job as a field representative for the American Federation of Teachers-affiliated union that represents librarians and lecturers at the University of California.

Guevara, 36, says that getting just 55 percent of her salary might have been problematic, but she was able to negotiate with her employer to use accrued vacation and sick time to make up the other 45 percent of her pay.

Altogether, she took off at least three months with pay for each baby. Her husband, who works for the city of Santa Cruz, was not so lucky. The law typically doesn’t apply to public sector employees.

“The time off was very necessary,” says Guevara. In addition to bonding with her kids, “breastfeeding was very difficult with my first one, it took eight weeks to get that going.”

Guevara stumbled upon the information about her paid leave options by accident.  That’s not surprising. A survey conducted last fall for the California Center for Research on Women and Families found that just 36 percent of Californians knew about the state’s paid leave program, a decline from three years earlier when 43 percent said they knew about the law.

“Those who know about it are those who disproportionately work for employers who already do it,” says Vicki Shabo, a vice president at the National Partnership for Women and Families. “That leaves out many lower-paid workers.”

California employers are generally positive about the paid family leave law, according to a study prepared for the U.S. Department of Labor last year. Ninety percent of employers in a 2010 survey said the law had either a positive effect on productivity, profit and morale, or it had no effect.

“It’s not as difficult or momentous for these employers,” Stamm says.

Under the Democrats’ bill, workers and employers would split the cost of the program, which would be administered by the Social Security administration.

But that’s a problem for small business owners, says Jack Mozloom, national media director for the National Federation of Independent Business, a trade group. Many of their members have fewer than 10 employees, Mozloom says, and if someone’s out on leave, it’s likely they have to hire a temporary worker or pay someone overtime to do the job.

Financing a paid leave program would “represent a real expense that some of them cannot absorb,” he says.

“When it’s mandated, it puts them in a hole.”