SAN FRANCISCO — The head of Aetna Inc., the nation’s third-largest health insurer, said he supports insurance exchanges, even though he questioned their sustainability earlier this month and lost money in the marketplaces last year.

Aetna Chief Executive Mark Bertolini said U.S. Health and Human Services Secretary Sylvia Burwell called him Feb. 1 shortly after he made critical remarks during an earnings conference call. Before then, Aetna had struck a more upbeat tone compared to some rival insurers. 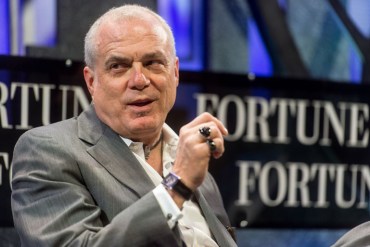 “The secretary called me that evening at home to say, ‘What happened?’” Bertolini said in an interview with Kaiser Health News. “Well, I told her you need to read the whole (earnings transcript), which she did and she calmed down. We like the program and we think it’s an appropriate effort. But we do need to make changes.”

In a wide-ranging interview, Bertolini left the door open to joining the California insurance exchange if the two sides can agree on premiums. Aetna had a chance to join Covered California when it launched in the fall of 2013, but opted to exit the state’s individual insurance market instead.

Regarding California’s private insurance market, Bertolini also said he had no regrets over recent rate hikes that have drawn the ire of state regulators who are now reviewing Aetna’s plan to acquire Humana Inc. for $37 billion.

Overall, Bertolini said he intends to continue working with the Obama administration and state officials but wants them to address some of the problems that are hampering enrollment under the Affordable Care Act, particularly among young people.

Government officials, he said, should allow more flexibility in rates and benefit design to attract younger and healthier consumers. Those enrollees are crucial to offset the higher medical costs of insuring older, chronically ill patients.

“Young people pay some amount of premium, pick a number, and have a $5,000 deductible and go to the doctor once a year and pay all in cash,” Bertolini said. “For people under 35, their definition of health is looking good in their underwear. How does that program support their view of what’s good health?”

Bertolini suggested introducing lower-deductible plans for young consumers, focused on staying healthy. Some state exchanges, including California, have acknowledged those concerns and offered some initial doctor visits that aren’t subject to the annual deductible. But California and other states also set standard deductibles, copays and other benefits, forcing insurers to compete more directly on price and making it simpler for consumers to compare plans. That runs counter to the industry’s call for more variety.

A spokesman for the U.S. Department of Health and Human Services declined to comment on Burwell’s conversation with Bertolini.

“We can’t really subsidize a marketplace that doesn’t appear at the moment to be sustaining itself,” Hemsley said in November.

Earlier this month, Aetna said it lost up to $140 million, or a negative margin of 3 percent to 4 percent, on individual coverage last year. The company said it expects to break even this year in the 15 states where it’s selling public exchange policies.

In California, Aetna has clashed repeatedly with the state Department of Managed Health Care over rate increases in the private market. The agency has deemed four rate hikes by Aetna unreasonable since 2013, but the company went ahead with each one anyway. California officials review premiums but have no authority to stop health insurance rate increases.

Shelley Rouillard, the agency’s director, accused Aetna of “price gouging” when it raised rates by 21 percent, on average, for some small businesses last year. “I can assure you rates are something that we will be looking at and considering as part of our review,” Rouillard said at a state hearing on the Aetna-Humana deal last month.

An agency spokeswoman said there was no timetable for a decision on the acquisition. Consumer groups oppose the Aetna deal and a similar merger between Anthem Inc. and Cigna Corp., saying they will result in fewer choices and higher costs.

Bertolini said those fears about consolidation aren’t justified and he said rate increases are necessary at times to cover rising medical costs.

“While California would like us to give away everything for free we can’t do that. We have to have a financially sustainable product,” Bertolini said.

Asked if he would be willing to make concessions on premiums to win state approval for the Humana deal, Bertolini said: “We’ll deal with that as we go through that process. We’re in the early stages.”