The rate of avoidable complications affecting patients in hospitals leveled off in 2014 after three years of declines, according to a federal report released Tuesday.

Hospitals have averted many types of injuries where clear preventive steps have been identified, but they still struggle to avert complications with broader causes and less clear-cut solutions, government and hospital officials said. 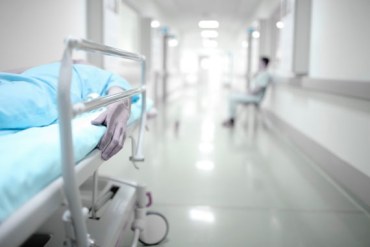 There were at least 4 million infections and other potentially avoidable injuries in hospitals last year, the study estimated. That translates to about 12 of every 100 hospital stays. Among the most common complications that were measured — each occurring a quarter million times or more — were bed sores, falls, bad reactions to drugs used to treat diabetes, and kidney damage that develops after contrast dyes are injected through catheters to help radiologists take images of blood vessels.

The frequency of hospital complications last year was 17 percent lower than in 2010 but the same as in 2013, indicating that some patient safety improvements made by hospitals and the government are sticking. But the lack of improvement raised concerns that it is becoming harder for hospitals to further reduce the chances that a patient may be harmed during a visit.

“We are still trying to understand all the factors involved, but I think the improvements we saw from 2010 to 2013 were very likely the low-hanging fruit, the easy problems to solve,” said Dr. Richard Kronick, director of the federal Agency for Healthcare Research and Quality, or AHRQ, which conducted the study.

The Obama administration has been focusing on lowering the rates of medical infections and injuries as it tracks a slew of patient safety initiatives created by the 2010 federal health law. Those include Medicare penalties for poor-performing hospitals, wider use of electronic records to help track patient care and prevent mistakes, and grants to collaborations of medical providers formed to improve the quality of patient care and identify the best ways of addressing each type of problem.

The AHRQ report calculated national rates for 27 specific complications by extrapolating from 30,000 medical cases that officials examined. Decreases in infections, medicine reactions and other complications since 2010 have resulted in 2.1 million fewer incidents of harm, 87,000 fewer deaths and $20 billion in health care savings, the report concluded.

“Those are real people that are not dying, getting infections or other adverse events in the hospital,” said Dr. Patrick Conway, chief medical officer for the Centers for Medicare & Medicaid Services.

Some of the most significant progress was made in lowering the number of infections from central lines inserted into veins — down 72 percent from 2010. Medical researchers have proven that these infections can be virtually eliminated if doctors and nurses follow a clear set of procedures.

Infections from urinary catheters decreased by 38 percent and surgical site infections dropped by 18 percent.  In all three cases, the reductions exceeded the goals set by the administration. Conway noted that hospitals had a financial motivation to cut these infections as they are used to determine whether hospitals get Medicare bonuses and penalties each year.

However, hospitals have not made headway in trimming the numbers of falls or pneumonia cases in patients breathing through mechanical ventilators, the report found. And the rates of adverse drug reactions and complications during childbirth were higher than what the administration estimated they should be for 2014.

Conway said that complications are difficult to address because they involve tradeoffs that can cause other problems. For instance, he said, hospitals have to balance efforts to reduce falls with the need to help unstable patients improve their ability to walk. “We’ve got to work with providers to figure out what’s the sweet spot that can keep mobilization occurring but decrease the rate of falls,” he said.

Even though overall complication rates were flat, the report found that some types of injuries became less common in 2014. One was the number of blood clots that form after surgery and travel to the lung; those rates dropped by 30 percent in a year.

Maulik Joshi, an executive at the American Hospital Association, predicted that complications will become even rarer in future years. “Hospitals are working on projects that are just not reflected in these data points,” he said.

But a few conditions became more prevalent in 2014.  Infections from methicillin-resistant Staphylococcus aureus bacteria, known as MRSA, increased by 55 percent to an estimated 17,000 incidents last year. The number of times a catheter punctured a femoral artery during an angiography increased by 25 percent to 74,000, the report estimated.

“We think we addressed a lot of the areas where there was a strong evidence base on how to improve patient safety,” Conway said. “We’ll now have to tackle that next wave that has multiple causes.”