Despite having one of the strictest eligibility requirements in the country, Alabama has struggled to control the rising costs of Medicaid, which provides health coverage to more than 1 million residents.

The state last week won federal approval to shift most of its Medicaid recipients into managed care organizations, which are paid a fixed monthly fee from the state for each person in the plan. It’s a strategy employed by about three dozen states, many for decades, to provide more predictable spending.

Yet, Alabama’s shift to Medicaid managed care has features not typically seen elsewhere. Most notably, the state isn’t relying on big for-profit insurance companies like UnitedHealthcare and Aetna to manage the program. Instead, it’s turning control over to new nonprofit organizations mostly run by the state’s hospitals and other local providers. Oregon has also pulled in health care providers to help run its Medicaid program, but that approach, begun in 2012, also included private insurance plans.

Hospital leaders applaud the move, saying they know their communities’ needs and are best positioned to care for the patients. And they hope it’s a step that leads the governor and legislature to expand Medicaid under the Affordable Care Act, which would make an additional 300,000 people eligible. Bentley has said he would not consider expanding Medicaid until his proposed reforms of the program go into effect.

Alabama is one of 19 states, mostly in the South, that have refused to accept the health law’s provision to extend Medicaid to everyone earning less than 138 percent of the federal poverty level, or $16,400 for an individual. The federal government pays the full cost of the expansion through this year and then gradually reduces its share to 90 percent in 2020. Alabama’s Medicaid program is mostly used by children and disabled residents. Parents are only eligible if their income is under 18 percent of the poverty level, or about, $4,000 a year for a family of four. 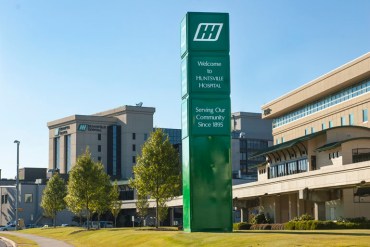 The state and the federal government split the costs of the program, with the federal share nearly 70 percent in Alabama.

The Obama administration’s decision to approve Alabama’s managed care system will bring the state an additional $328 million in federal funding over three years — money that will help set up the new entities the state calls regional care organizations. Most of the funding will be used to build information technology and computer systems to help the hospitals work as insurers. Under the waiver, Alabama could also qualify for an additional $420 million in federal money over a five-year period to further support the transformation.

Without the waiver, Alabama hospitals feared the state would have cut Medicaid benefits and reimbursements to the hospitals. Alabama’s total Medicaid spending has increased from $5.2 billion to $5.8 billion in the past four years as enrollment rose more than 15 percent.

Hospitals say the money they will receive through managing the regional care collaborations will give them incentives to keep people healthy. That’s quite different from the traditional fee-for-service Medicaid system in which hospitals get paid more money by providing the most expensive health services.

The effort will allow hospitals to change their mission from treating disease to improving the health of the population — and share in the savings, said Frederick Isasi, director of the health division of the National Governors Association, which worked with the state on the waiver. “Alabama is creating a more efficient system,” he said.

The regional care organizations, or RCOs, will be rewarded for keeping spending on budget and they will have their care rated by a doctor-controlled state board that will look at dozens of quality and customer service measures. The RCOs will work to help people with chronic diseases such as diabetes and asthma so they can avoid costly hospital stays.

Hospitals say they are happy they won’t have for-profit managed care companies dictating their Medicaid reimbursement and can have more control over how the program’s dollars are spent.

“Anyone who realizes where health care is going in the country knows you want to be high up on the hierarchy where the premium dollars are being paid,” said Burr Ingram, spokesman for Huntsville Hospital Health System, which is tentatively planning to run two of the RCOs in the northern and western parts of the state.

Some health insurers will still provide a supporting role for the program, such as providing back office support or helping hospitals meet their financial requirements.

Insurers say the state is wasting money having hospitals and other providers learn how to operate as managed care companies when insurers have been doing that elsewhere for years.

“The state bought half a loaf,” said Jeff Myers, CEO of the Medicaid Health Plans of America, a trade group of large insurers. He applauds Alabama for moving to managed care, but he said it could have saved money using experienced insurers that know how to build provider networks, pay claims and manage risk.

The state has tentatively contracted with at least two regional care organizations in each of five regions of the state. Each RCO will set up its own provider networks, which Medicaid recipients must use to get the cost of their care covered. The program expects to enroll 650,000 Medicaid patients. Nursing home patients are excluded.

“We see this as a huge milestone,” Danne Howard, executive vice president for the Alabama Hospital Association, said of the federal waiver approval. “We hope this will pave the way for more serious discussion of expansion.”

While the managed care strategy is a victory for hospitals, the Medicaid expansion would have helped them even more by reducing their uncompensated care. “Having a bigger pie would be better to carve up,” said Meredith Kilgore, chair of the health care organization and policy department at the University of Alabama at Birmingham. “But that would be seen as caving into Obamacare.”