In health insurance prices, as in the weather, Alaska and the Sun Belt are extremes. This year Alaska is the most expensive health insurance market for people who do not get coverage through their employers, while Phoenix, Albuquerque, N.M., and Tucson, Ariz., are among the very cheapest. 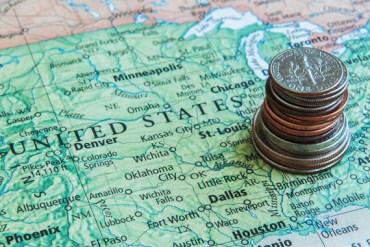 In this second year of the insurance marketplaces created by the federal health law, the most expensive premiums are in rural spots around the nation: Wyoming, rural Nevada, patches of inland California and the southernmost county in Mississippi, according to an analysis by the Kaiser Family Foundation, which has compiled premium prices from around the country. (KHN is an editorially independent program of the foundation.)

Along with the three southwestern cities, the places with the lowest premiums include Louisville, Ky., Pittsburgh and western Pennsylvania, Knoxville and Memphis, Tenn., and Minneapolis-St. Paul and many of its suburbs, the analysis found.

Starting this month, the cheapest silver plan for a 40-year-old in Alaska costs $488 a month. (Not everyone will have to pay that much because the health law subsidizes premiums for low-and moderate-income people.) A 40-year-old Phoenix resident could pay as little as $166 for the same level plan.

That three-fold spread is similar to the gap between last year’s most expensive area — in the Colorado mountain resort region, where 40-year-olds paid $483—and the least expensive, the Minneapolis-St. Paul metro area, where they paid $154.

Minneapolis remained one of the cheapest areas in the region, although the lowest silver premium rose to $181 after the insurer that offered the cheapest plan last year pulled out of the market. Premiums in four Colorado counties around Aspen and Vail plummeted this year after state insurance regulators lumped them in with other counties in order to bring rates down.

Cynthia Cox, a researcher at the Kaiser foundation, said the number of insurers in a region was a notable similarity among both the most and least expensive areas. “In the most expensive areas only one or two are participating,” she said. “In the least expensive areas there tends to be five or more insurers competing.” She said that other factors, such as whether insurers need state approval for their premiums and the underlying health of the population, may play a role as well in premiums.

The national median premium for a 40-year-old is $269, according to the foundation’s analysis.

Alaska’s lowest silver premium rose 28 percent from last year, ratcheting it up from 10th place last year to the nation’s highest. Only two insurers are offering plans in the state, the same number as last year, but the limited competition is just one reason Alaska’s prices are so high, researchers said. The state has a very high cost of living, which drives up rents and salaries of medical professionals, and insurers said patients racked up high costs last year.

Ceci Connolly, director of PwC’s Health Research Institute, noted that the long distances between providers and patients also added to the costs. Restraining costs in rural areas, she said, “continues to be a challenge” around the country. One reason is that there tend to be fewer doctors and hospitals, so those that are there have more power to dictate higher prices, since insurers have nowhere else to turn.

By contrast, in Maricopa County, Phoenix’s home, the lowest silver premium price dropped 15 percent from last year, when Phoenix did not rank among the lowest areas. A dozen insurers are offering silver plans. “Phoenix, during the boom, attracted a lot of providers so it’s a very robust, competitive market,” said Allen Gjersvig, an executive at the Arizona Alliance for Community Health Centers, which is helping people enroll in the marketplaces.

The cheapest silver plan in Phoenix comes from Meritus, a nonprofit insurance cooperative. The plan is an HMO that provides care through Maricopa Integrated Health System, a safety net system that is experienced in managing care for Medicaid patients. Meritus’ chief executive, Tom Zumtobel, said they brought that plan’s premium down from 2014. The insurer and the health system meet regularly to figure out how to treat complicated cases in the most efficient manner. “We’re working together to get the best outcome,” Zumtobel said.

Katherine Hempstead, who oversees the Robert Wood Johnson Foundation’s research on health insurance prices, found no significant differences in the designs of the plans that would explain their premiums. “In most of the plans – cheap or expensive – there seemed to be a high deductible and fairly similar cost-sharing,” she said.

Alaska Health Plan Premiums, Highest In Nation, Are Triple Those In Phoenix