Alaska has long been known as one of the most expensive places to live in the United States. Those higher costs extend to health care services as well. A high risk pool set up under the federal health overhaul to help the uninsured who have pre-existing medical conditions expects to spend $10 million this year to cover about 50 members. That’s about $200,000 per person. 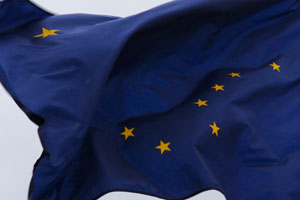 “Health costs in Alaska are extremely expensive,” said Cecil Bykerk, executive director of the Alaska Comprehensive Insurance Association, which runs the pool. “We have a small number of people but the average claim cost is exceeding expectations by a great deal.”

Bykerk said the high risk pool has attracted all types of high risk patients, ranging from women who were pregnant and unable to get traditional insurance to children who needed a heart transplant.

The federal government initially allocated $13 million to Alaska for the pool, more formally known as a pre-existing condition insurance plan.

Having already spent $4.5 million since the pool began in September 2010, Alaska in December asked the government for more money so it wouldn’t run out before the program ends in 2014. It is in the process of getting additional dollars, Bykerk said.

Congress allocated $5 billion for the high risk pools, which operate until 2014 when new insurance rules require insurers to accept all applicants and prohibit carriers from charging people higher premiums based on their health status. About half the states opted to run their own program while the rest have programs administered by the federal government. So far, less than $2 billion has been spent in the high risk pools, which means there should be enough funding for the next 23 months. As of Dec. 1, about 45,000 people have signed up to the plans, far less than the 200,000 people projected.

Other states also say claims cost have been higher than projected. Colorado has covered 1,087 people in its high risk pool  and fears its $90 million allocation will not be enough. “Our claims experience indicates the population covered in this program have significantly higher medical needs than the general insured population,” said Kayla Arnesen, a spokeswoman for the Rocky Mountain Health Plan, which administers the high risk pool.

Other states that have requested more money for their high risk pools are  Montana,  New Mexico, Oregon, South Dakota and Utah.