Divorce is usually a painful exercise in splitting up assets. But for many women, it also means losing health insurance protection. 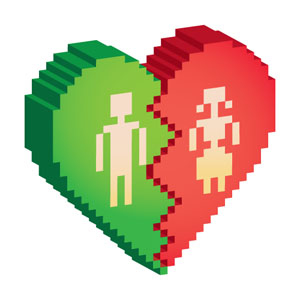 A study released this week from the University of Michigan reveals that roughly 115,000 American women lose their private health insurance annually after a divorce and about half of them do not get replacement coverage. The researchers also said this is not a “temporary disruption.” They found that “women’s overall rates of health insurance coverage remain depressed for more than two years after divorce, as long as our data allow us to test.”

“We really build on past research that shows that many women experience large declines in income and assets after divorce,” said Bridget Lavelle, a Ph.D. candidate at the University of Michigan and co-author of the study. “And we wanted to look at health insurance coverage for women after divorce because we see it as another extremely important economic resource.”

Lavelle and her co-author Pamela J. Smock, the director of the University of Michigan’s Population Studies Center, analyzed data from the U.S. Census Bureau’s Survey of Income and Program Participation, which focuses on household income. Lavelle and Smock looked at data that spanned four years and observed women who were married, stayed married, or divorced at some point during that time.

They found that approximately six months after divorce, 15 to 20 percent of women lose their coverage.

Interestingly enough, Lavelle says data shows that the lack of coverage for these women can be partially attributed to outside factors like dips in income. “But the event of divorce itself appears to explain a good part of the decrease in health insurance coverage in these women’s lives,” she said.

The study notes, “Not all women are equally likely to lose health insurance after divorce. Those insured as dependents on husbands’ employer-based insurance plans are most vulnerable to insurance loss, while stable, full-time employment buffers against it.” They found that women from moderate income families, those making between twice and three times the federal poverty level, or about $46,000 and $70,000 for a family of four, are at high risk of losing insurance in a divorce. “Many of these women fall into the ranks of the near-poor after divorce, with too much money to qualify for Medicaid but not enough to purchase private health insurance coverage,” the authors write.

There are other options for divorced women, however: Federal law allows ex-spouses to extend their coverage through the federal Consolidated Omnibus Budget Reconciliation Act law, also known as COBRA, for up to three years. But premiums for this kind of coverage are expensive because the individual picks up the entire cost of the policy.

Some states employ programs that allow an ex-spouse to simply pay the premium of the employer-based insurance, rather than the costly COBRA plan. But their provisions can vary and Lavelle notes that some states do not include self-insured plans offered by many large businesses.

Paul Fronstin, the director of Health Research and Education at the Employee Benefit Research Institute says this study is timely as the health care law will implement new insurance options for consumers.

Fronstin says women coming out of a divorce with a smaller income may be eligible for subsidies for health care when that provisions of the law takes effect in 2014. Furthermore, a wider group of consumers will be eligible for Medicaid, which may help some women left uninsured after a divorce.

All The Newly Single (Uninsured) Ladies