The Obama administration announced plans Tuesday for a two-year, $156 million cash infusion for Alzheimer’s research and care. The money will help solidify a still-developing national plan to better treat and even prevent the illness by 2025. 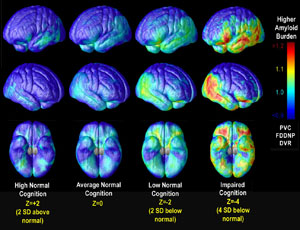 Effective immediately, the National Institutes of Health will redirect $50 million of its fiscal year 2012 budget toward Alzheimer’s research. Another $80 million will be requested in President Obama’s FY 2013 budget, which is set for release next week. If approved, the $130 million total would represent a 25-percent increase in NIH investment in research — currently $450 million per year.

Health and Human Services Secretary Kathleen Sebelius cast the announcement as another one of Obama’s “We can’t wait” initiatives, addressing “one of our nation’s most critical health challenges.” She stressed the need to develop treatment and prevention strategies. As many as 5.1 million Americans have the disease, and that number will grow substantially as the U.S. population ages, also burdening the health care system with high costs.

While the bulk of the administration’s investment will go toward research, $26 million — also being requested in the FY 2013 budget — would support care and outreach to people with the disease and their caregivers. A committee of experts is currently developing the particulars of a national plan to address Alzheimer’s, which is expected to be completed later this spring. For now that group’s draft framework is helping to guide HHS in setting funding priorities.

One of HHS’s major focuses is to enhance support for family caregivers, who often sacrifice their own finances and health to provide for sick relatives. Kathy Greenlee, HHS assistant secretary for aging, pointed to efforts like the National Family Caregiver Support Program, which provides grants to states for caregiver education and assistance.

“This is a good, first small step,” said Sean Coffey, a policy specialist with the Family Caregiver Alliance. “Considering the cost of caregiving for Alzheimer’s, and compared to the money provided for other diseases, this does seem like a small first step.”

Details are not yet available about how much of the $26 million would go toward caregiver support. Funds would also be used for community outreach and education, especially among African American and Hispanic populations, Greenlee said. Those groups are more likely to develop Alzheimer’s and may not have access to information about early diagnosis and care management.

Health care providers would be part of outreach efforts, too. Under the 2010 health law, the Health Resources and Services Administration established a program to better educate physicians on providing care to the elderly and managing dementia and Alzheimer’s. That initiative would likely be folded into the national Alzheimer’s strategy, Greenlee said.