Louis Morano knew what he needed, and he knew where to get it.

He made his way to a mobile medical clinic parked on a corner of Philadelphia’s Kensington neighborhood, in the geographical heart of the city’s overdose crisis. People call it “the bupe bus.”

Morano, 29, has done seven stints in rehab for opioid addiction in the past 15 years.

Buprenorphine is a drug that curbs cravings and treats the symptoms of withdrawal from opioid addiction. One of the common brand name drugs that contains it, Suboxone, blends buprenorphine with naloxone.

Combined with cognitive behavioral therapy, it is one of the three FDA-approved medicines considered the gold standard for opioid-addiction treatment.

Morano had tried Suboxone before — he had purchased some from a street dealer and had used it to get through his workday, when he couldn’t use heroin. It kept the misery of withdrawal sickness at bay. So he had a sense of how it would make him feel. He’d always sort of thought of it as a crutch. But after a slip following his latest stint in rehab, he said, he committed to recovery.

“I can’t do this anymore, and I need something,” Morano said.

The bupe bus — a project of Prevention Point Philadelphia, the city’s only syringe exchange program — is part of Philadelphia’s efforts to expand access to this particular form of medication-assisted treatment, known as MAT, for opioid addiction.

Morano was first in line at the mobile clinic.

When the doors of the bus heaved open, Dr. Ben Cocchiaro waved Morano inside, where they squeezed into a tiny exam room. Cocchiaro and Morano discussed how buprenorphine might help Morano’s recovery succeed this time, and whether he’d be open to seeing a therapist. Cocchiaro gave Morano instructions on how to take the medication, and then called a pharmacy to authorize a prescription.

To date, much of the research on barriers to buprenorphine access has focused on the fact that too few medical providers are certified to write the prescriptions. According to federal law, doctors must apply for a special waiver from the Substance Abuse and Mental Health Services Administration, or SAMHSA, to prescribe buprenorphine. To get the waiver, a doctor must undergo eight hours of training — and can prescribe the drug to a maximum of 30 patients at a time, to start. Given these constraints, many doctors don’t bother.

But pharmacists are also a part of the problem. Because they fill the prescriptions, pharmacists are the gatekeepers for the drug, and not all of them are willing to take on that role. Increasing pharmacists’ involvement in distributing buprenorphine might be just as important as persuading more doctors to prescribe it, according to Dan Ventricelli of the Philadelphia College of Pharmacy.

“We can write a bunch of prescriptions for people,” he said. “But if they don’t have a pharmacy and a pharmacist that’s willing to fill that medication for them, fill it consistently and have an open conversation with that patient throughout that treatment process, then we may end up with a bottleneck at the community pharmacy.” 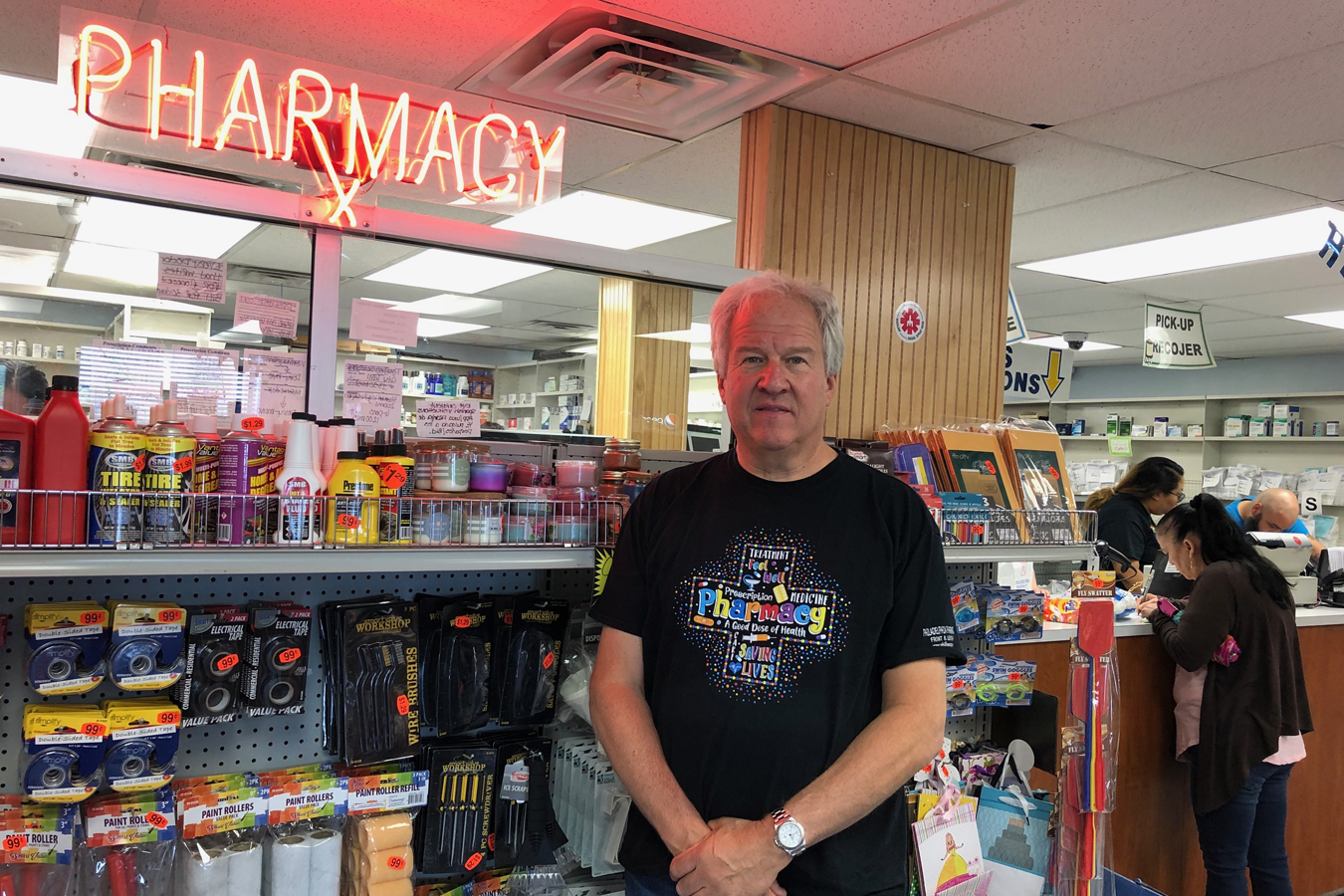 Richard Ost owns Philadelphia Pharmacy, in the city’s Kensington neighborhood. He says he has stopped carrying Suboxone, for the most part, because the illegal market for the drug brought unwanted traffic to his store.(Nina Feldman/WHYY)

Just a few blocks from the bupe bus in Kensington, Richard Ost owns an independent pharmacy. He said his store was one of the first in the neighborhood to stock buprenorphine. But after a while, Ost started noticing that people were not using the medication as directed — they were selling it instead.

Buprenorphine acts as a partial opioid agonist, which means it’s a low-grade opioid. When taken in pill or tablet form, it’s unlikely to cause the same feelings of euphoria as heroin would, but it might if it were dissolved and injected. Many people buy it on the street for the same reason Morano did: to keep from going into withdrawal between injecting heroin or fentanyl. Others buy it to try to quit using on their own.

“We started seeing people do it in our store in front of us,” said Ost. He said it’s unethical to dispense a prescription if a patient turns around and sells it illegally, rather than use it. “Once we saw that with a patient, we terminated them as a patient.”

Ost explained that the illegal market for Suboxone also meant customers trying to stay sober were being continually targeted and tempted.

Ost said that eventually his staff didn’t feel safe, and that neither did the customers. He understands the value of bupe but said it just wasn’t worth it. He mostly has stopped carrying it.

Even those pharmacies that aim to stock buprenorphine can run into problems. Limits set by wholesalers require pharmacies to order the drug in small, frequent batches. Though pharmacies can apply for exemptions to order more at a time, or to have a higher percentage of their total stock consist of controlled substances, doing so invites a higher level of scrutiny from the wholesaler and, in turn, the Drug Enforcement Administration.

Another issue is that doctors and pharmacists receive different education about how long buprenorphine should be prescribed before tapering a patient off it. Many medical providers might prescribe the drug for long-term treatment, based on recent SAMHSA guidelines, while pharmacists may view longer courses of treatment as posing the risk of long-term dependency.

“It’s not even that they’re on different pages,” said Ventricelli of the College of Pharmacy. “It’s that they’re reading completely different books.”

If a patient going through withdrawal can’t get buprenorphine quickly, the stakes are high. Silvana Mazzella, associate executive director at Prevention Point, said that when it’s not available, patients are more likely to turn back to heroin or fentanyl.

“We’re in a situation where if you are in withdrawal, you’re sick, you need to get well, you want help today, and if you can’t get it through medication-assisted treatment, unfortunately you will find it a block away, very quickly, and very cheaply,” she said.

Doctors with Prevention Point have found a pharmacy near the bupe bus that will reliably dispense buprenorphine to their Philadelphia patients. It’s a neighborhood branch of a local chain, called the Pharmacy of America.

The head pharmacist, Anthony Shirley, said he’s comfortable filling the scripts because he trusts that the doctors at Prevention Point will write prescriptions only for patients who need the medication. He has heard firsthand from patients who say buprenorphine saved their lives.

“That’s something you can’t really put a price tag on,” Shirley said. For him, the calculation is simple: His store is in an area where many people need buprenorphine. That means it’s his job to get it to them.

Among Hurdles For Those With Opioid Addictions: Getting The Drug To Treat It