To understand how the health law is supposed to fix the mediocre, overpriced, absurd medical system, you could read wonky research papers on bundled payments and accountable care organizations.

Or you could look at what’s going on at Baptist Health System in San Antonio. 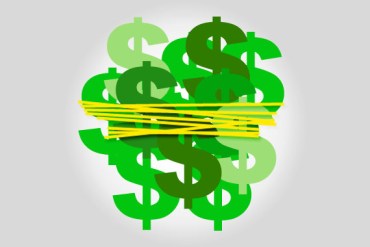 Under the potent lure of profit, doctors, nurses and managers at Baptist’s five hospitals have joined forces to cut costs for hip and knee replacements, getting patients on their feet sooner and saving taxpayers money.

“Everybody was aligned on this,” said Michael Zucker, Baptist’s chief development officer. “What we’ve seen is just incredible from a cost savings standpoint.”

Baptist made money doing what used to be industry heresy: reducing patients’ use of the medical system.

The hospital group made a deal with Medicare, the huge government program for seniors, as part of an ambitious array of experiments authorized by the Affordable Care Act.

Medicare let Baptist take responsibility for the whole process of replacing knees and hips, from admission to surgery to rehab and anything else that happened within a month. (Traditionally the system, essentially tied with Methodist Health System as the region’s biggest, managed only what happened within its doors.)

Then Medicare lowered the average amount of what it pays for all that care by 3 percent, giving Baptist a lump sum for each patient getting the procedures. If the system and its orthopedic surgeons reduced costs below that price, they could keep the difference and divvy it up so long as quality didn’t suffer. If costs went up, Baptist was on the hook.

This is a purified form of the health law’s recipe to save health care: Get hospitals, doctors and other providers to work together. Cap their costs. Offer incentives to save and penalties for breaking the budget. Repeat.

A preliminary study of the tests at Baptist and elsewhere, overseen by the health law’s Center for Medicare & Medicaid Innovation, found substantial savings along with shorter patient stays in the hospital and lower use of expensive nursing facilities afterward.

Experts caution that even the focused program at Baptist may be hard to reproduce elsewhere. Successfully applying the model to other diseases and the entire health care system is an even longer shot. 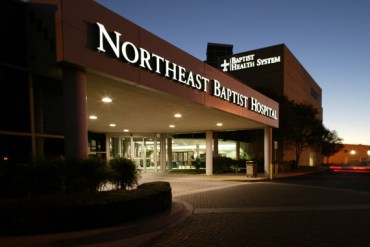 Even so, policymakers have bet heavily on such arrangements as the solution to the medical-cost spiral. Medicare aims to make half its reimbursements through such “alternative payment” methods by 2018, officials said this year.

At Baptist, which is owned by Tenet Healthcare, the first step was basic financial education. Doctors are famously clueless about what taxpayers, employers and consumers have to pay for the care they prescribe.

“The public is like, ‘Wow, you guys have no idea what that costs.’ We never really did,” admitted Dr. Sergio Viroslav, a participating orthopedic surgeon.

Baptist surgeons, who select which artificial joint to use, were shocked to find out how much more some devices cost than others. Once they had a stake in the total bill, they became more discriminating shoppers.

Metal hip and knee prices started plummeting “the second the flashlight got lit on the implant makers,” Viroslav said. No manufacturer wanted to be the most expensive.

Surgeons were also surprised to learn that almost half the expense of joint replacement can come from physical therapy, home nurse visits and temporary nursing home stays after the surgery.

Dr. David Fox never paid much notice to the birthday cards that rehab nursing homes sent him. Now that the knee-and-hip surgeon knows what they were making on his referrals, “it’s no damn wonder” they were so nice, he said.

These days, Baptist doctors are likely to order home therapy rather than a nursing home stay unless it’s clearly needed. For the nursing homes they do use, they’re more likely to stay in touch, coordinate care and reduce expensive readmissions, they say.

Simply getting independent surgeons to work with their own hospital system and give it financial control took some doing.

“Hospitals and doctors don’t trust each other,” said Fox. “There’s not an orthopedic surgeon out there that trusts his hospital. You can’t find one. If you do, he’s lying.”

But at Baptist the parties met, sometimes reluctantly, to discuss how to cut costs, help patients recover quickly and apply science-based rules to recuperation.

Is Warfarin the best blood thinner for a particular patient? How much? What kind of compression stockings should be ordered to stop swelling and clots? Is a cane needed? One rubber tip? Or four?

Doctors and nurses had always asked those questions but never in such a disciplined way.

Compensating diverse caregivers to work together on an episode of treatment such as knee replacement is called bundled payment. Baptist has been through two bundled-payment experiments with Medicare.

One began before the health law was passed and focused only on costs inside the hospital, not on what happened later. That saved $284 per patient.

Zucker declined to give detailed figures on the new test. But adding savings incentives for joint-replacement and post-hospital care saved more than $1 million the first year, he said. At the same time, patients recovered more quickly, with fewer complications and resulting readmissions to the hospital, he added.

Such results mean hospitals and doctors “are thinking much more holistically” about care, not just focusing on their own roles, said Rob Lazerow, a practice manager at the Advisory Board Company who consults with hospitals on payment reform.

Baptist keeps part of the savings and shares part with the orthopedic surgeons — a bonus of up to half their surgery fee if they maintain the highest quality measures and their patients do well. The loss to the nursing homes and other post-discharge providers was their gain.

A typical surgery fee is $1,200 per knee, so hitting all the goals could generate as much as $600 more for a doctor.

“If I do 35 patients a month, all of a sudden it’s real money to me,” said Fox — potentially $21,000 a month, although no doctor maxes out the incentive on every patient.

Such “shared savings” with medical providers who were once oblivious to costs are key, said Dr. David Nash, dean of Thomas Jefferson University’s School of Population Health.

“If you change the economic incentives you will change physicians’ practice behavior,” he said.

Knee and hip replacements are relatively easy to manage. They can be scheduled. Doctors have a pretty good idea of what will happen. A more ambitious attempt at reform is trying capped, bundled payments with heart attacks, pneumonia and other conditions that might come with more wild cards.

Even more aspiring is the accountable care organization. Providers in ACOs receive incentives — from Medicare, commercial insurers or perhaps employers — to keep large populations healthy and reduce the cost of care for every kind of ailment.

That’s a much taller order, and results have been mixed.

But what’s going on at Baptist shows what might be possible, experts said.

“That was really good that we did that,” said Viroslav. “It really helps doctors get better. It kind of forced them to look at their practice.”

Biden Kept His Promise to Increase Covid-Testing Capacity, Even as Demand for Testing Drops