The blogosphere is tickled pink with the abundance of analysis and commentary on the decision last week by Susan G. Komen for the Cure Foundation to cut off funding to Planned Parenthood for, among other things, giving low-income women breast exams. After a major outcry, Komen announced Friday that it was reversing that decision, but bloggers are still actively discussing the ramifications of the week. 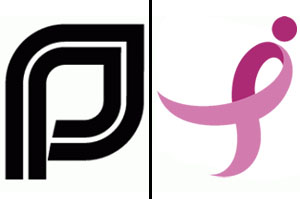 At The Washington Post’s Wonkblog, Sarah Kliff reacts to criticism from some quarters that the press did not treat both nonprofit organizations equally. “As Lena Sun and I reported in yesterday’s Washington Post, Planned Parenthood had a very aggressive media strategy: Within a day of the Komen decision, the organization blasted out the news it had raised $400,000 from 6,000 online donors. … Throughout the past week, I’ve repeatedly called and e-mailed Komen requesting comparable data. So far, nothing. … The lessened coverage of supporters of Komen’s initial decision to defund Planned Parenthood could simply be a product of the fact that most Americans supported it. Or, as [Ross] Douthat suggests, it might represent the media ignoring a lot of people. As a reporter covering this story, it’s been incredibly difficult to figure out which explanation is right when Komen declines to discuss the impact this past week has had on its organization” (2/6).

At The Washington Post’s Right Turn blog, Jennifer Rubin writes that the backlash against Komen is “remarkable, when you think about it: One private foundation decides not to give money to a charity but instead to pursue its core mission through other entities. And for this, a storm of vitriol descends on the foundation from elected officials and elite opinion-makers. If it were any other issue (e.g., pet rescue, education, save the whales), it would be unthinkable for members of Congress to weigh in. I mean a private charity kind of gets to decide where to spend its money, while its donors can continue to give or not as they see fit, right? Ah, but when the topic is abortion, all rules go out the window” (2/3).

Laura Bassett, at The Huffington Post, writes that Karen Handel, Komen VP for public policy, was behind the initial defunding decision: “Emails between Komen leadership on the day the Planned Parenthood decision was announced, which were reviewed by HuffPost under the condition they not be published, confirm the source’s description of Handel’s sole ‘authority’ in crafting and implementing the Planned Parenthood policy. Handel’s strategy to cut off Planned Parenthood involved drafting new guidelines that would prevent Komen from funding any organization that was under investigation by local, state or federal authorities. Since Planned Parenthood is currently the target of a congressional inquiry prompted by House Republicans into the way it uses government funds, the family planning provider would have been immediately disqualified from receiving new Komen grants” (2/5).

At Hot Air, Ed Morrissey writes: “Komen would be better off sticking with outcome-based criteria for grants.  If Planned Parenthood performs the mammograms needed for screening, then certainly it’s a legitimate action to offer a grant funding that activity.  If all they’re doing is providing referrals, though, why not just fund the organizations actually performing the mammograms that catch cancer early enough for treatment, as well as the organizations actually providing that treatment?” (2/3).

At Cato@Liberty, Michael Cannon sounds off: “It does not mean that politics has been banished from Komen’s decisions. It just means that Komen has again made a political decision that more closely reflects the values of Planned Parenthood’s supporters than its detractors. But that is how we should settle the question of who funds Planned Parenthood: with vigorous debate and by allowing individuals to follow their conscience. When Obamacare ‘settles’ the question by forcing taxpayers to fund Planned Parenthood, it violates everyone’s freedom and dignity” (2/3).

At Reforming Health, Naomi Freundlich, writing before the Friday announcement by Komen, raised questions about the group’s tactics and advocacy. The move, she writes, “raises questions about the political and ideological forces that help guide a successful organization like the Komen Foundation. … Komen also uses a small portion of donor support to hunt down and threaten to sue other, far smaller cancer organizations that (often unknowingly) use the copyrighted phrase ‘for the cure’ or the color pink in their names or marketing materials. … And as for that early detection message, (a large part of the education programs that Komen spends a whopping 34% of its budget on) I feel less comfortable embracing Komen’s unquestioning support for the benefits of mammography — especially in low risk women under 50. It’s all part of what seems to be Komen’s aggressive role in fostering what has become a multi-billion dollar breast cancer industry. From expensive — and often unneeded — digital mammography to biopsies to chemotherapy that costs tens of thousands of dollars a year, there is a lot of money to be made in testing and treating breast cancer” (2/2).

Analyzing The Komen Backtrack And The Coverage