Q. I am 63 years old and uninsured. I have not enrolled in Obamacare, mainly because of the website issues and security concerns. I have been waiting for all of this to shake out.

Meanwhile, a couple of weeks ago I went to the emergency department with an aneurysm of my aorta. I had surgery and spent time in the intensive care unit, and as a result, my hospital bill is nearly $200,000. I am retired and don’t have much money coming in each month. I have heard that if your hospital bill is the result of an emergency condition, it is possible to get Obamacare retroactively and have these expenses covered under the plan. I would appreciate any insight that you can provide. 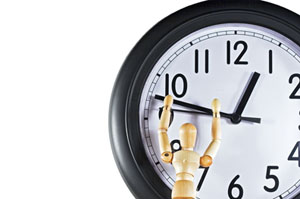 A. In general, the health law requires people to buy individual plans during an annual open enrollment period, which this year runs through March 31. Without a designated sign-up period, healthy people would have little incentive to buy insurance until they got sick since the law prohibits insurers from turning people down for coverage because of their health or medical conditions. Under normal circumstances, after people enroll in a plan and pay their first month’s premium, coverage typically takes effect either on the first day of the next month or the one following it. Retroactive claims aren’t allowed.

This year, however, because of technical glitches plaguing the rollout of the federal and some state health insurance exchanges, the Centers for Medicare & Medicaid Services gave states the option of allowing people who had difficulties enrolling to qualify for subsidized exchange coverage retroactively to Jan. 1 or the day in 2014 of their original application. In states where the federal government runs the exchange there is also a procedure in place for retroactive coverage.

It’s unclear whether you’ve tried to submit an application on the exchange and failed or had not yet made an attempt.

That may be important. “The CMS guidance wasn’t clear on exactly what technical/website problems people have to experience to qualify for the retroactive coverage,” says Sabrina Corlette, project director at Georgetown University’s Center on Health Insurance Reforms, “but I would assume you have to be able to document that you at least made an attempt to enroll.”

Contact your state marketplace to find out whether your state is allowing retroactive enrollment, and if it is whether you might be eligible.

A Reader Asks: After I Was In The Hospital, Can I Buy Insurance To Cover My Bills?