Q. I am currently insured under COBRA. It expires in August 2014. I have a pre-existing condition and I’m unemployed. Can I apply for a plan under the ACA sometime in June for coverage that will start in September? Is there something I should do now before the end of March? 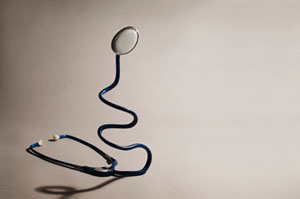 A. When consumers lose or leave their jobs, they can opt to continue their work-based health insurance under a federal law known as COBRA. Those insurance policies qualify as health coverage under the health law, so you don’t have to do anything before the open enrollment period for coverage on the federal and state marketplaces ends March 31. But you may want to check out marketplace plans to see if you could find similar coverage for a better price, says Laurel Lucia, a policy analyst at the University of California-Berkeley Labor Center.

Since you have a pre-existing condition, you may be concerned that marketplace plans could involve switching doctors or high deductibles. You may be surprised, though, says Lucia.

“I think people have heard about the high deductibles on bronze plans, and they may not realize that the platinum and gold level plans available may have lower cost sharing,” she says.

In addition, you may be eligible for premium tax credits and cost-sharing subsidies on the exchange if your income is less than 400 percent of the federal poverty level (currently $45,960 for an individual). Under COBRA, in contrast, you’re likely paying the entire premium plus a small administrative fee.

Once open enrollment ends, people generally can’t shop for a marketplace plan again until the next open enrollment period in the fall. But certain circumstances or life events trigger a special enrollment period, and exhausting your COBRA benefits is one of them. So if you decide to keep your COBRA until it runs out at the end of August, you’ll have an opportunity to sign up for a marketplace plan then. If you want coverage to start on Sept. 1, you’ll need to sign up for a plan by Aug. 15.

A Reader Asks: If I Am On COBRA, Do I Have To Buy A New Marketplace Plan?