The effects of a sexual assault can be long-lasting, but the medical bills shouldn’t be. Yet a new study finds that despite federal efforts to lift that burden from rape victims, a hodgepodge of state rules means some victims may still be charged for medical services related to rape, including prevention and treatment of pregnancy or sexually transmitted infections.

“If you’re exposed to HIV as a result of the attack, that’s something the state should be paying for, especially if we can give you prophylaxis to prevent infection,” says Ilse Knecht, deputy director of public policy at the National Center for Victims of Crime.

A 28-day course of antiretroviral drugs to prevent HIV infection may cost up to $1,000. 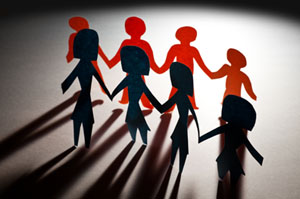 When Congress reauthorized the Violence Against Women Act in 2005, provisions were added to ensure that victims can’t be charged for medical forensic exams (MFEs), sometimes called rape kits, whether or not they report the attack to police or participate in criminal legal proceedings. Those costs are instead covered by federal and state victim compensation funds, which are financed primarily by fines and penalties paid by convicted offenders, as well as other state and federal funding sources. The 2013 reauthorization, which takes effect in March 2015, takes it a step further: It says victims can’t be required to pay up front for an MFE and seek insurance reimbursement later. The exams must be completely free of charge.

The National Institute of Justice, the research arm of the U.S. Department of Justice, funded a study to look at the law and its effects. That research, carried out by the Urban Institute, George Mason University and the National Sexual Violence Resource Center, was published last month. The study examined medical forensic exams, including which services are provided and the extent to which they’re provided free of charge, among other things.

Researchers surveyed state and local sexual assault service providers and administrators of organizations that pay for MFEs and conducted case studies in six states. The study found that in much of the country, rape victims do indeed receive MFEs free of charge and without having to report what happened to the police.

“In some places, the system is seamless,” says Janine Zweig, a senior fellow at the Urban Institute and the study’s lead author. “In others, however, hospital administrators didn’t know what they were dealing with and were billing incorrectly.”

Hospitals that mistakenly billed rape victims for the exam typically quickly corrected the error and instead billed the state organization designated to pay the bills, usually a victim compensation fund, says Zweig.

However, the patchwork of state laws that govern what’s included in a forensic medical exam can present bigger financial problems for rape victims. The law says that exams should include a patient interview and history, an examination for physical trauma, including penetration or force, and evidence collection.

The law doesn’t require states to cover tests for pregnancy or sexually transmitted infections as part of the MFE, though many states do so, the study found. They’re less likely to cover treatment for those infections, pregnancy or for injuries sustained during the rape.

In addition, some states have caps on the amount that they’ll pay for the exam itself or for specific services, according to the study. In those cases, hospitals often absorb the extra costs of the exam, says Zweig. Patients may be billed for medical services that aren’t part of the MFE under state law, however.

A victim’s health insurance can cover the cost of any services not paid for by the designated state agency. But victims are sometimes reluctant to submit claims related to a rape, say experts. They often fear their parents or a partner will receive the insurance forms, jeopardizing their safety or their relationships.

A 2012 analysis found that 15 states have laws related to using insurance in cases of rape. The legislative review by AEquitas, an organization that provides training and technical assistance to prosecutors in sexual assault cases, found that some states required insurers to be billed first for costs related to forensic medical exams while other states prohibit providers from billing insurers for the exams. Others fall somewhere in the middle, permitting victims’ insurance to be billed but only with their consent, for example. A state’s approach may depend on whether it’s concerned primarily with saving money or protecting victims’ privacy, say experts.

According to a Justice Department FAQ released in February about the 2013 Violence Against Women Act Reauthorization, states can still ask or require victims to submit claims for the exams to their insurers. However, they must make sure that victims don’t have to pay copayments or deductibles on those claims.

A good rape crisis center or sexual assault response team can often assist victims who are faced with medical costs not covered by the state as part of the forensic medical exam, say experts.

“The most important thing is to talk to a state advocacy group to find out what can be covered and what can’t,” says Christopher Mallios, an attorney adviser at AEquitas.

Rape Victims May Have To Pay For Some Medical Services