California insurance giant Anthem Blue Cross misled “millions of enrollees” about whether their doctors and hospitals were participating in its new plans, and failed to disclose that many policies wouldn’t cover care outside its approved network, according to a class action lawsuit filed Tuesday. 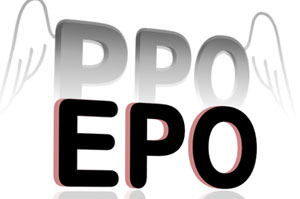 As a result, many consumers have been left on the hook for thousands of dollars in medical bills, and have been unable to see their longtime doctors, alleges the suit by Consumer Watchdog based in Santa Monica.

Anthem spokesman Darrel Ng declined to comment directly on the lawsuit. He said Anthem has agreed to pay the claims of those who received treatment from inaccurately listed doctors during the first three months of the year.

However, that policy would not be extended for enrollees who discovered after March 31 that their doctors had been incorrectly listed, he said.

The suit says that Anthem, the state’s largest individual health insurer, delayed providing full information to consumers until it was too late for them to change coverage. Anthem also failed to disclose it had stopped offering any plans with out-of-network coverage in four of the state’s biggest counties — Los Angeles, Orange, San Francisco and San Diego, the suit says.

Anthem “intentionally misrepresented and concealed the limitations of their plans because it wanted a big market share,” said Jerry Flanagan of the consumer advocacy group. Co-counsel on the case is the Claremont law firm Shernoff Bidart Echeverria Bentley, which specializes in suing health insurers.

The suit comes as Consumer Watchdog helped put a measure on the November ballot that would give the state’s insurance commissioner greater authority to veto rate increases.

Brought on behalf of Anthem enrollees who purchased individual coverage between Oct. 1, 2013 and March 31, 2014, the lawsuit reflects growing consumer pushback against so-called “narrow network” health plans, which are increasingly common, especially in the new online state and federal marketplaces. Anthem was a major player on California’s insurance exchange and the suit includes those who bought coverage online, as well as directly from the insurer.

Insurers have defended plans with limited provider networks as a way of holding down premiums. Many expected younger and healthier customers might be willing to give up broad access to providers for these lower costs.

But consumers are retaliating with lawsuits and complaints to state regulators. As a result of the rising complaints, state managed care regulators are investigating whether Anthem and, separately, Blue Shield of California, provided accurate information about the doctors and hospitals in their plans.

The Consumer Watchdog lawsuit names six Californians who purchased Anthem plans. Among them is Betsy Felser of Pasadena, who had coverage with Anthem for 20 years. Like hundreds of thousands of Anthem customers, she received a letter late last year stating that her preferred provider organization (PPO), which allows for in- and out-of-network care, was being cancelled, according to the lawsuit. The letter suggested a replacement Anthem plan “with the benefits you have come to count on.”

Before agreeing to switch, Felser, a physician, said she checked with five Anthem telephone representatives, making it clear she wanted to be in a PPO.

“I would never have gotten anything that wasn’t a PPO plan,” said Felser, 47, whose insurance also covers her young son. “They said they would give me the same coverage.”

She also checked Anthem’s website and the doctors she sees, including her son’s pediatrician, to make sure they were participating in the plans she was considering and was assured that they were, she said.

During those calls, none of Anthem’s representatives told Felser that the insurer was no longer offering PPOs in Los Angeles County, the lawsuit alleges. Nor did they tell her that the Anthem plans offered in her area would not cover care provided by out-of-network doctors or hospitals, according to the lawsuit.

When she received her identification cards, they were stamped with a PPO symbol. But when she tried to use the coverage, she found out her doctors – and her son’s pediatrician – were not in the network and that the plan was an exclusive provider organization (EPO), an extremely limited type of plan which pays nothing for out-of-network care.

“It pays zero, so I essentially have no coverage,” said Felser.

Anthem, while declining to comment on the Consumer Watchdog suit, had answered questions last week about an earlier lawsuit that raised similar issues.

Spokesman Ng said then that consumers were informed about what kind of plan they purchased, along with details about out-of-network benefits, in packets they received soon after enrolling. “All those materials clearly spelled out type of plan they were receiving,” he said.

But consumers would have to dig deep in a brochure on the Anthem website to find a footnote to a page 9 chart indicating that EPO plans have no out-of-network benefits.

Ng noted that Anthem’s EPO and PPO networks have the same doctors and hospitals for people with individual policies, although only the PPOs have out-of-network benefits. In recent weeks, Anthem said it has added 3,800 doctors to its networks.

As for the PPO symbol on identification cards, Ng said last week that it had been intended to protect consumers who sought emergency care out-of-state, in keeping with Blue Cross Blue Shield Association rules. Ng said Anthem recently got association approval to reissue the cards without the symbol.

But consumers say the damage was done. Josh Worth of Los Angeles said he was unable to get accurate information after receiving notice that his Anthem plan would be cancelled at the end of 2013. He said he called Anthem, as well as all the doctors he used — including his child’s pediatrician and his wife’s obstetrician — to be sure they were participating in the network.

“They all said, ‘yes, we’re going to be continuing to accept all Blue Cross PPOs,’ and that’s what I was told I was going to be getting,” said Worth, a 43-year-old graphic artist. In January, he said he enrolled his family in an Anthem plan with an $800 a month premium.

Worth received an ID card in late February that called his plan a “Pathway Tiered PPO,” according to the lawsuit. His son was born on March 31. Not long after, he said he began receiving bills from his wife’s obstetrician, who was not in the network. Nor was the baby’s pediatrician, he said.

As a result, he said he owes about $1,100 out of pocket for both. And although an Anthem telephone representative told him afterward that the hospital where his son was born was not in network, it actually is – and his bills there are being covered, he said.

“It’s a giant mess,” said Worth, who can’t switch plans until open enrollment resumes in the fall. “I was sold something I thought was one product, but when I used it, I found out it wasn’t. I’m not going to be going through Anthem again.”