Bill Daitchman got some bad news this week: His insurer is breaking up with him.

Daitchman and his wife, who own a graphic design business in Santa Cruz County, Calif., each pay $350 a month for a health insurance plan from Anthem Blue Cross on the Covered California exchange. But Anthem announced Tuesday it’s pulling out of most of the state’s individual markets, citing the uncertainty swirling around the Affordable Care Act.

And that vexes Daitchman, 59. First, there’s the possibility that a new insurer will charge more for coverage. Second, he has kidney disease. Will he lose the doctors who know him and his needs? He’s especially reliant on the nephrologist he’s seen since 2006.

“Invariably when you lose policies, you lose those relationships,” said Daitchman. “You get what’s available at that point. You get the doctors they offer.” 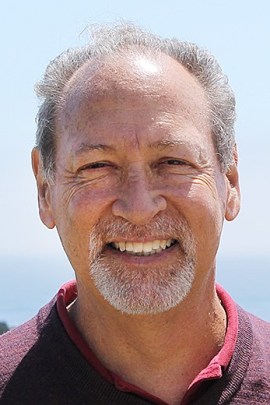 Bill Daitchman buys health insurance for about $350 a month from Anthem Blue Cross on the Covered California exchange. (Courtesy of Bill Daitchman)

The move by Anthem, the nation’s second-largest health insurer, means about 153,000 Californians like Daitchman, who buy insurance on the California exchange, must look for new plans for 2018. That’s more than 10 percent of Covered California’s total enrollment of 1.4 million. Fewer than half of Anthem policyholders on the exchange — about 108,000 customers in the California marketplace — will be able to renew their Anthem policies.

Anthem has been making similar moves in other states, citing changing federal rules, a shrinking market for individual insurance and an overall lack of marketplace predictability. The company has already announced it will exit the ACA exchanges next year in Ohio, Indiana and Wisconsin, three of the 14 states where it sells exchange plans. The insurer also plans to reduce its exchange presence in Nevada.

In California, the insurer’s decision marks a significant turnabout.

Anthem led the state exchange in enrollment during its first two years, starting in 2014 with 30 percent of enrollees. Now its share of the market has dwindled to 19 percent, state officials said Tuesday, and that could plummet to single digits next year as exchange policies are canceled.

Anthem had long sold policies across the state, from large markets such as Los Angeles to rural mountainous counties like Inyo and Mono, which often had few insurers to choose from.

But next year Anthem will sell to individuals in only about half of California’s counties, including Santa Clara, San Joaquin, Stanislaus, Merced, Tulare, and most of the region north of Sacramento up to the Oregon border. Many of these markets are the least populous, limiting the insurer’s financial risk.

“This was not an easy decision for us,” Brian Ternan, president of Anthem Blue Cross in California, said in a message posted online.

“The market for these plans has become unstable,” Ternan wrote. “And with federal rules and guidance changing, it’s no longer possible for us to offer some of those plans.”

In an email, company spokesperson Tony Felts explained that planning and pricing affordable health plans “has become increasingly difficult” amid uncertainty about such things as the availability of cost-sharing subsidies for low-income marketplace enrollees.

Anthem’s pullback also affects approximately 144,000 individual policyholders outside the state exchange, who will have to find new plans next year, unless they were grandfathered into a plan they bought before the Affordable Care Act was implemented. But the retreat does not touch the company’s other insurance customers, such as people with Medi-Cal, Medicare or employer-based plans.

Kathy Hempstead, director of health coverage issues at the Robert Wood Johnson Foundation, said even well-functioning state exchanges like California’s are not immune from the contentious debate over the federal health law.

“In general, the national commercial carriers have all but completely left the ACA-compliant individual market this year,” she said. “The returns are not that great and they have better opportunities elsewhere. It is probably too much aggravation for what they can make.”

Even with Anthem’s retrenchment in California, the Golden State will remain more competitive than many others. For 2018, Covered California said more than 82 percent of consumers will have more than three plans to choose from and 96 percent will have at least two insurers to pick from.

Lee said the insurer must be able to make money to stay in the marketplace in the long run.

“Anthem was in a position … to pause and take a step back,” said Lee. “We hope they’ll step back forward in future years.”

Lee emphasized that California’s marketplace is still “viable and competitive,” with all 11 insurance carriers this year set to participate next year, if not to the same extent as before.

Covered California staff members will help Anthem enrollees find new plans, Lee said, and some may be able to keep their doctors. Eighty-four percent of Anthem’s providers are available through other insurance products, he said.

Health insurance expert Shana Alex Charles noted that the areas where Anthem is pulling out have a lot of competition. Some have six or more health insurance carriers.

“It is just another reminder that we are dealing with for-profit businesses,” said Charles, assistant professor in the health science department at California State University-Fullerton. “Businesses want less competition. They want to be the only players in the market.”

Robert Laszewski, a Virginia-based health care consultant, said Anthem was turning its back on longtime customers in California and other key states despite making repeated commitments to regulators over the years about its staying power.

“It’s all quite puzzling,” he said. “If Anthem was under financial stress and needed to do it that would be one thing. But they are making incredible amounts of money.”

Last month, Anthem reported a second-quarter profit of $855.3 million, up 10 percent over the same period a year ago.

By Pauline Bartolone and Anna Gorman and Chad Terhune August 2, 2017